While the MLB trade deadline won’t come until August 1, it’s never too early to think about which stars should be on the block. Who is putting up big numbers on bad teams that need to reshuffle the deck? Who is getting wasted? In other words, who are the hottest potential MLB trade chips?

At this point, we can’t look at teams like the Colorado Rockies and Philadelphia Phillies as sellers. They may become sellers in the next few months, but are playing too well now. As such, we can’t quite call their stars trade chips yet.

There are some other teams, however, that have already established themselves as sellers. Players from those franchises receive our attention today, as we look at the five hottest potential MLB trade chips to this point of the 2016 season.

Note: All stats and records are accurate through the games completed on Wednesday, May 11.

Any conversation of hottest MLB trade chips in 2016 starts with Freddie Freeman. If he’s moved, the team that lands him would get one of the best all-around bats in baseball. Additionally, the run he’s currently on won’t do anything to hurt his trade value.

Now, we’d be remiss if we didn’t point out that the Braves have publicly expressed their desire to keep Freeman. He’s still a young player and on a long term long-term deal, so he could certainly still be around, going strong when the team is ready to contend again.

The problem is that we’d also be remiss if we didn’t mention that the Braves are a train wreck. By the time this season is over, they’ll likely be on a very short list in any “worst single-season teams of all-time” discussion.

Additionally, the same things that make Freeman valuable to the Braves — age and contract length — would serve to make his trade value astronomical. Given that Atlanta is rebuilding and doesn’t exactly have a deep crop of young talent, his trade value is highly important.

In 2016, Freeman would be far more valuable to any team in the league than he’d be to the Braves. In the future, what he’d bring in a trade is more valuable than what he’d supply if he remained in an Atlanta uniform.

It wouldn’t be an easy trade, and it might not happen — but it should. 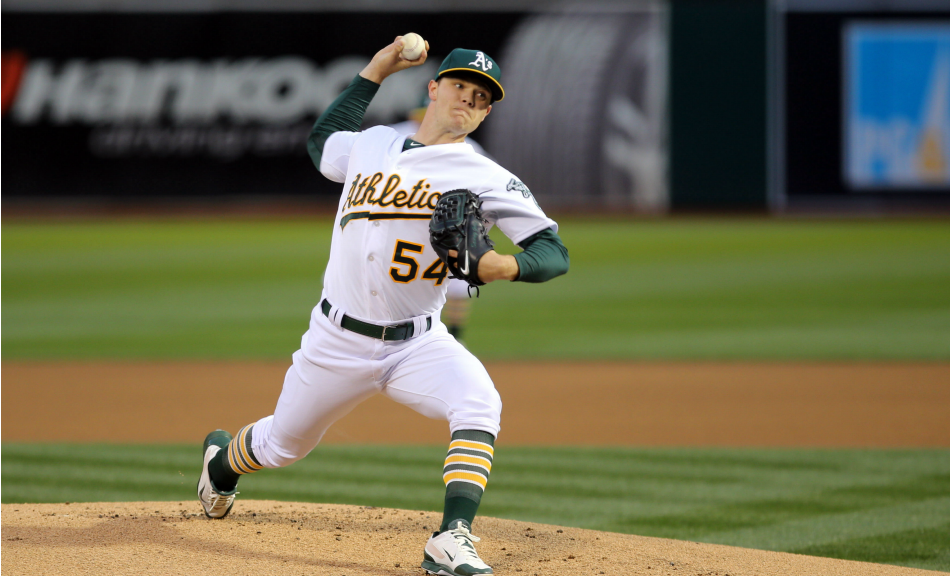 Gray is in the opposite situation as Freeman. His most recent outings don’t do much for his trade stock.

Also, given that the A’s look like a below-.500 team and have a tendency to unload their best players, there’s certainly a strong “when, not if” feeling regarding the idea of a potential Gray trade.

The market for Gray includes any team looking for a front-line starting pitcher. In other words, every team in the history of baseball would and should be interested in him.

Gray would be a solid fit everywhere. But he’d work particularly well with the Boston Red Sox, teaming up with fellow Vanderbilt Commodore David Price at the top of the rotation. Boston’s division rivals, the Baltimore Orioles could also use a top starting pitcher. Gray would make a lot of sense for the Los Angeles Dodgers or St. Louis Cardinals to pursue as well.

Not too long ago, a suspension and numerous injuries seemed to have Ryan Braun down on the mat. But going back to the second half of last season, he has again been one of the game’s best players.

A Braun trade would have some potential holdups.

One is that he has a no-trade clause, though he’s already approved potential deals to a handful of teams.

Two is that he has a long-term contract (signed through 2020 with a mutual option for 2021), so he’d probably need to go to a big market team that would be willing to pay that big money at the end of the deal.

But the list of teams that would do that isn’t small when we consider that Braun could step into the middle of the lineup for any contending team and likely make a huge impact for 2-3 years.

We stay in Milwaukee and turn our attention to a man who’s been one of the game’s most consistent catchers since entering the league in 2010. Lucroy is in the midst of another great season, as the Brewers backstop is slashing at .313/.374/.473.

Unfortunately, playing for the 14-20 Brew Crew, it’s been completely wasted. Milwaukee is firmly entrenched in a rebuilding era.

Lucroy will be 30 in June and has only one more year on his contract. Given that the Brewers are going nowhere this year and 2017 already looks like another year in the rebuilding process, Lucroy should certainly be a prime candidate to be moved.

Generally speaking, most trades happen in July, as it often takes 3-4 months to separate the contenders from the pretenders. But in the case of Lucroy (or any catcher), teams should be looking to strike early to give him time to get accustomed to his new pitchers for the playoff race.

As long as any potential team trading for Bruce knows what they’re getting, he’s a valuable player.

Bruce is not a high batting average or OBP guy, as his career .248/.318 numbers will tell you. So, a team looking for a centerpiece bat to hit third or fourth should probably look towards Braun or Freeman.

But a team looking to add some pop somewhere in the 5-7 spots of their order would do very well to bring a guy like Jay Bruce on board.

Bruce can be solidly relied on to hit about 25-30 home runs a year and can play better-than-adequate defense in either of the corner spots.

We do have to wait to see if a few surprising teams like the Colorado Rockies and Philadelphia Phillies remain in contention. If they don’t, then this list will include people like Carlos Gonzalez. But for now, Jay Bruce is one of the five hottest MLB trade chips out there.