The New England Patriots will kick off the 2015 NFL season with second-year backup quarterback Jimmy Garoppolo as their starter. This is providing Tom Brady’s four-game suspension does not somehow get swept under the porch mat on appeal.

Nevertheless, here are five fun facts to help you get to know Garoppolo just a bit better.

Garoppolo, who started all four years while attending Eastern Illinois, broke Romo’s record for the most passing touchdowns in program history with 118. His college stats include a total of 13,156 passing yards and a 62.7 completion percentage.

Garoppolo also won the Walter Payton Award in 2013 as the most outstanding player in the Football Championship Subdivision (FCS).

Speaking of Romo, he might have a chance to go up against Garoppolo in Week 5 when the Patriots are scheduled to play in Dallas. How cool would that be?

2. Garoppolo Played in Six Games During his Rookie Season

It was garbage time, but Garoppolo actually appeared in six games during the 2014 season. He threw his first NFL touchdown pass in a Week 4 blowout loss to the Kansas City Chiefs after Brady was “benched.”

Garoppolo ended his rookie campaign completing 19-of-27 passes for 182 yards with one touchdown and zero picks. That’s not necessarily the type of experience Patriots fans are looking for under center as the team begins its quest to repeat as Super Bowl champs.

3. Garoppolo Took on the Role of Other Quarterbacks in Practice

Throughout the 2014 season, Garoppolo was asked to imitate other quarterbacks in order to challenge the Patriots’ defense when practicing. This isn’t abnormal for backup quarterbacks, but most of the time it is reserved for third stringers (scout team). His most difficult performance came when called upon to imitate Russell Wilson prior to Super Bowl XLIX.

In fact, Garoppolo talked about this role during Super Bowl week this past January (via Yahoo Sports).

“I am Russell Wilson this week. I’ve had to get a lot faster real fast. He’s an athletic guy, so [I am] trying to extend plays and give those guys the best looks I can. It’s a tough balance between studying their offense and studying our offense, so it’s a little bit of time management.”

4. The Patriots Have Only One Other Quarterback Behind Garoppolo

As scary as this might sound, the Patriots still have time to add another quarterback before training camp. As it currently stands, former Southern Methodist quarterback Garrett Gilbert is the only other quarterback on the roster outside of Garoppolo and Brady.

Gilbert was selected in the sixth round of the 2014 NFL draft by the St. Louis Rams. After being released and signed to the team’s practice squad, New England picked him up this past February. There is definitely a need for depth here.

5. Just See For Yourself

With a Super Bowl in hand, this handsome young quarterback seems like he’s living the perfect life. Heck, he might end up being the opening night starter for the defending champs.

Did I mention that he’s ridiculously handsome? 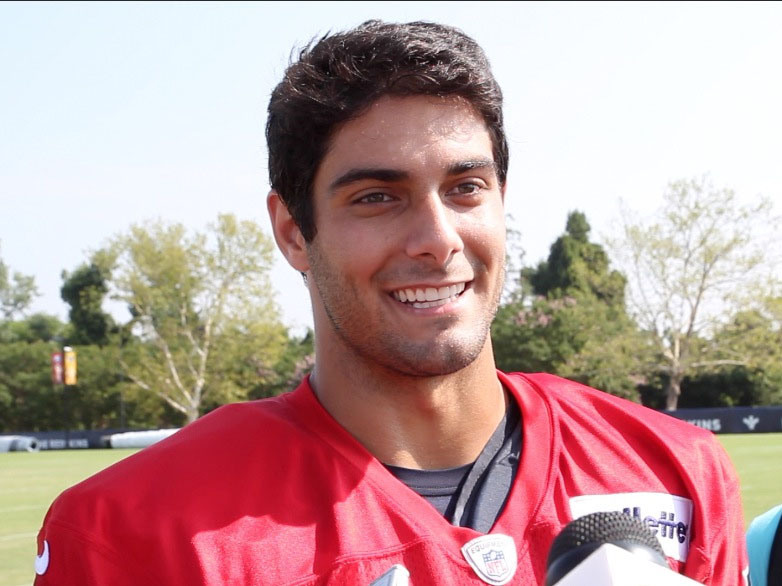 And Garappolo loves his mom. Just look at his Instagram post regarding beloved mamma. This is the best. 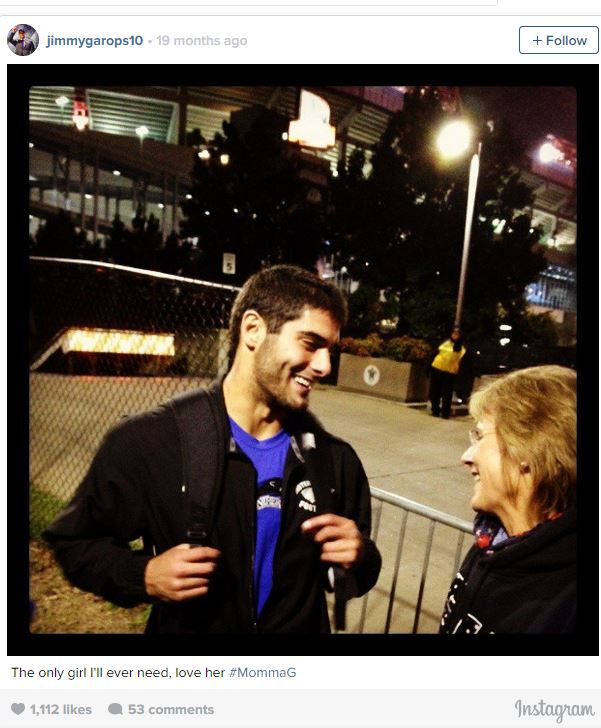 Now that we know Garoppolo better, how comfortable do we feel about him potentially playing in the first four games of the season while Brady is sidelined?