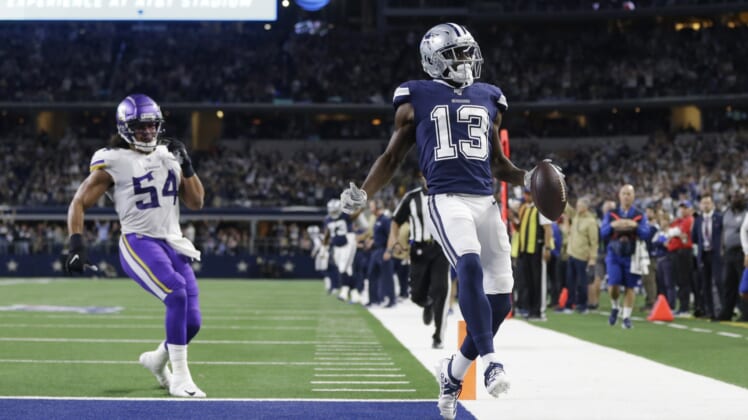 Dak Prescott is a veritable NFL superstar. If you needed any proof, consider how much money the Dallas Cowboys are going to pay this guy in the near future. He’s not the only star in Arlington these days, though, which is why the ‘Boys have a team that could go all the way.

In addition to Prescott and other established stars like Ezekiel Elliott, DeMarcus Lawrence and Amari Cooper, the Cowboys have some other young players who could emerge as NFL superstars in 2020.

These five have the best potential to do just that.

A third-round pick out of Colorado State in 2018, Gallup made a significant second-year leap in 2019. Proving himself to be a dangerous deep threat, he hauled in 66 passes for 1,107 yards and six touchdowns. This, despite missing a couple of games.

Gallup seems to have excellent chemistry with Prescott and obviously became a trusted weapon last season. With even more talent in the open field this coming season, the time is now for Gallup to take the next step into superstardom.

The Cowboys felt they landed a steal selecting Diggs in the second round of the 2020 NFL Draft. A former Alabama star cornerback, he has elite traits and was seen by many as a potential first-round prospect. Certainly, he has the size (6-foot-2 and 207 pounds) to go against the NFL’s premier receivers.

The younger brother of Buffalo Bills receiver Stefon Diggs, this young man is also extremely athletic. He has been praised for his ball skills, awareness, and read/react skills (Dane Brugler of The Athletic). With the ‘Boys losing Byron Jones to free agency, they need someone to step up immediately. If Diggs can be that guy, he has a chance to be an instant starter in Big D.

Of all the talented rookies on Dallas’ roster this season, CeeDee Lamb has the best chance to develop into an instant NFL superstar. This young man is absolutely electric with the ball in his hands. Routinely during his playing days at Oklahoma, Lamb made opposing defenders look utterly silly in the open field (like this).

The Cowboys will almost certainly run a three-receiver offense most of the time in 2020. Lamb will likely spend a ton of time in the slot. Look for head coach Mike McCarthy to get his rookie involved a ton on screens and quick slants. This kid can deliver the goods and could easily eclipse 1,000 yards in his first NFL campaign.

A first-round pick in 2018, Vander Esch was on his way to becoming an NFL superstar right out of the gate. He has a phenomenal rookie campaign and looked fantastic last season, too. Unfortunately, the one red flag he had coming out of college — health — came back to bite him. Vander Esch suffered a season-ending neck injury that required surgery.

If Vander Esch can stay healthy, he has a chance to become one of the NFL’s premier linebackers. He can cover in the open field. He can penetrate behind the line of scrimmage and break up plays before they ever develop. Dallas has to be crossing its fingers that his health holds up in 2020.

The fact that the Cowboys said goodbye to Jason Witten and let him sign with the Las Vegas Raiders speaks volumes about how good they think Blake Jarwin is. A former undrafted rookie out of Oklahoma State in 2017, Jarwin has put together two rock-solid seasons for the ‘Boys. From 2018-19, he caught 58 passes for 672 yards and six touchdowns — showing some dominant traits in the process.

Now the undisputed No. 1 tight end for Dallas, Jarwin has a chance to really flourish in 2020.