The fallout of Super Bowl LI will bring a lot of talk about the greatness of Bill Belichick, Tom Brady, and the New England Patriots. It’s well deserved. But the Atlanta Falcons were on the wrong end of the biggest comeback in Super Bowl history. We can look at what went right for the Patriots, but attention also has to be given to what went wrong for the Falcons.

There’s plenty to look at there.

What was Matt Ryan’s impact? What about Dan Quinn, Richard Smith and the Atlanta coaching staff?

Who were the five biggest goats of Super Bowl LI?

Much of the blame for blowing a 16-point lead falls on the defense. But what happens if Ryan doesn’t fumble the ball? Sure, his blocking was abysmal, but he held the ball for far too long. On that note, what happens if he doesn’t take sacks in field goal range?

The Patriots barely came back to force overtime as it was. If the Falcons scored three more points or didn’t create a short field, they win Super Bowl LI.

As we know now, it didn’t work that way.

Matt Ryan face sort of says it all pic.twitter.com/LpgeSeyTRc

But the MVP of the league can’t blow a lead like that. Much like Stephen Curry in the NBA, losing this lead doesn’t mean he’s not a great player. But Ryan’s poor play in the fourth quarter was a huge reason for the loss. He’s one of the biggest goats in the biggest collapse in Super Bowl history.

The Falcons didn’t do much right in the fourth quarter. But to show how bad things really were, we can actually look at one of the few great plays.

Jones is a fantastic athlete. So, throwing the ball his way is never a bad idea, right?

Not exactly. Let’s think about what could go wrong with that play.

The coverage was stellar, so it certainly could have been incomplete. Even worse, it could have been intercepted. Of course, that didn’t happen. But it was impossible for Jones to catch that ball and stay in bounds. If nothing else, that gave New England silver lining on a bad play.

Too many fourth quarter play calls went that way. Instead of throwing short routes and running the ball, Shanahan was dialing up deep routes, sometimes to the sidelines.

For three quarters, Shanahan was brilliant. But like his quarterback, his fourth quarter performance left much to be desired. 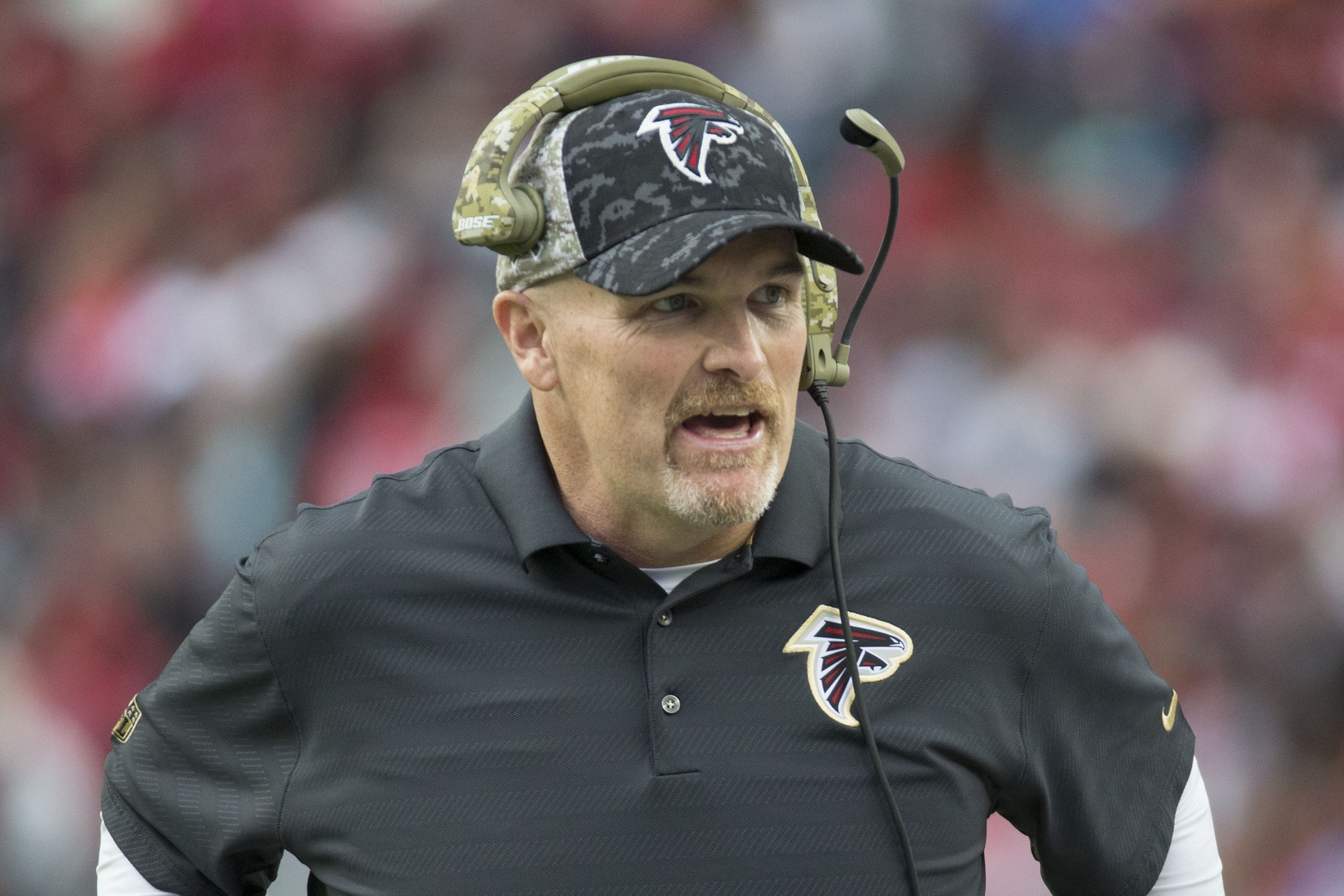 After three quarters, Atlanta led 28-9. From that point on, the Patriots outscored the Falcons 25-0. We’ve already gone over the zero part of that score, but what about the 25? That falls on Atlanta’s defensive coordinator and defensive minded head coach.

While Tom Brady has lost playoff games in his career, he’s rarely looked rattled. But for the first half of Super Bowl LI, it happened. The Falcons made Brady shaky in the pocket. The defense hit him often and even when Brady was given time, his passes were off. He knew that the hits were coming, even when they weren’t.

As good as the game plan for the first half, it was just as bad in the second.

Atlanta must have used the extended halftime to watch game film of the AFC Championship Game and for some reason, decided to steal the Pittsburgh Steelers’ terrible game plan.

Brady felt some pressure in the second half, but not enough. In the secondary, the Falcons decided to drop into a soft zone, allowing the Pats receivers to run free. If Brady was pressured consistently throughout the second half, Atlanta wins this game comfortably. He wouldn’t have had time to find his open receivers down field. At worst, Brady might have added some garbage time points for a cosmetic score, but nothing more.

But he wasn’t. As a result, Quinn and Smith oversaw the defense that allowed (by far) the biggest comeback in Super Bowl history.

When Atlanta looks back at this game, it’s going to be hit with a haunting reality. About a dozen moments can be highlighted and if any one of them had gone differently, the Falcons would have won.

That’s not limited to the offense and defense, either. The play of the special teams, especially the kickoff return unit, dropped the ball in a big way.

New England kicked off to Atlanta five times. One was a squib kick that was never going to generate a return. But the other four netted only 42 yards.

We can attribute that to poor decision making by Eric Weems and Justin Hardy, as well as poor blocking. The Patriots could have tied the game late, but with a few big plays, Ryan and the Falcons offense could have gotten into field goal range and kept Brady on the sidelines.

Instead, Weems fielded a kickoff at his own goal line and returned it a whopping 11 yards.

Yes, Eric Weems, you REALLY wanted to take that out of the end zone, huh?

For all intents and purposes, Atlanta’s chances of scoring were put to bed. That put the game into overtime which naturally, is where we’ll finish.

For the first time in the history of the Super Bowl, the game went to overtime. It’s fitting that the first overtime in Super Bowl history exposed its biggest problem.

Both teams didn’t get a chance to touch the ball. The league’s MVP was left on the sideline.

In the regular season, we may be able to attach some logic here. For the sake of the league’s television partners, overtime games need a relatively swift end. You may not totally buy that argument, but it’s at least a valid concern.

In the playoffs and certainly the Super Bowl, it’s not.

This current system is better than true sudden death, but is still badly flawed. Each team needs a chance to touch the ball. That can mean a full 15 minute quarter. It can mean a modified version of the college system. But something needs to be done to erase the feeling that these epic games are decided by the flip of a coin. That’s not meant to knock New England or exonerate Atlanta, but the feeling is real.

Maybe a Super Bowl going into overtime and ending this way will trigger a needed change.