Fire heating up at home as Sounders pay a visit 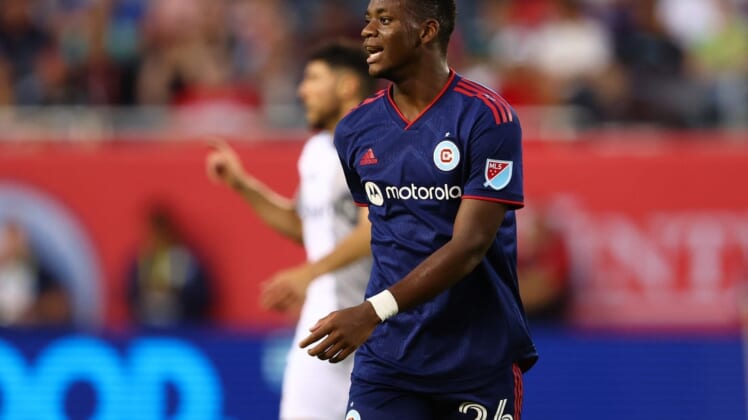 Chicago Fire FC aim to continue their recent strong play at Soldier Field on Saturday night when they conclude their three-match homestand against the Seattle Sounders.

Jhon Duran tallied in the fourth minute to mark the fastest goal to start a match this season by the Fire. The 18-year-old forward also scored in the 16th minute off a nifty flick from 19-year-old homegrown midfielder Brian Gutierrez en route to being named MLS Player of the Week.

“I’ve always said that Duran and Guti, especially, have a high ceiling, a very, very high ceiling,” Fire coach Ezra Hendrickson said. “And Jhon is getting an opportunity to play now and he’s able to show that. Even though he didn’t score last game against Columbus (a 3-2 loss), he had a good performance. Now it’s just getting these guys up to 90-minute match fit because they just haven’t been playing much.”

Duran’s three goals on the season have him tied with Kacper Przybylko and Xherdan Shaqiri for the team lead.

The Sounders (8-9-2, 26 points) enter Saturday’s match on the heels of back-to-back shutout losses.

Seattle dropped a 3-0 decision to the Portland Timbers last Saturday before surrendering a first-half goal to Hany Mukhtar in a 1-0 setback to Nashville SC on Wednesday.

The Sounders will play without Raul Ruidiaz (hamstring) for the sixth time in seven matches. Ruidiaz and fellow All-Star Jordan Morris share the team lead in goals with five.