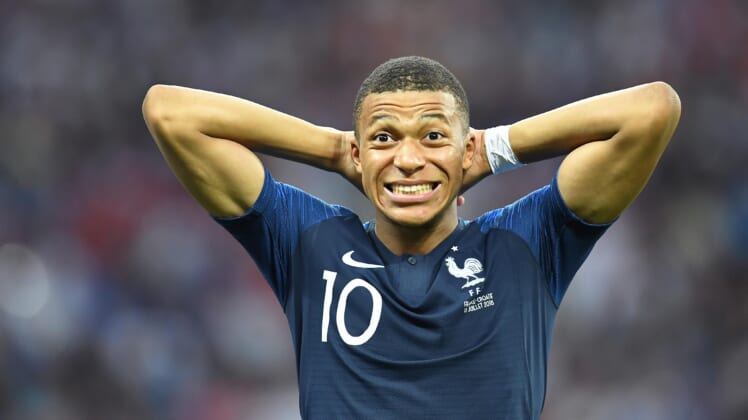 After over two decades of EA Sports making the widely popular FIFA video game available on all the latest gaming consoles, they have announced there will not be a FIFA 23.

Instead, the video game company based out of Redwood City, California will now call the series ‘EA Sports FC’. The first iteration of this change will be seen with EA Sports FC 2023.

This means FIFA 22, with Kylian Mbappe on the cover, will be the final version with the FIFA name, at least for now.

While this name change is massive, the actual impact to gamers may be minimal.

Though gamers have gotten used to searching for FIFA soccer games, the change to EA Sports FC may not be as bad as it sounds. EA Sports announced they still plan to retain their current licensing representing most of the teams and players, which means gamers will still be able to score goals with Lionel Messi, Cristiano Ronaldo, Neymar and more.

Though it should be noted, all World Cup and FIFA-controlled events will no longer be accessible in the game, due to the discontinued partnership.

For their part, the gaming company is still excited about what’s in store for their consumers in the near future.

“We’re thankful for our many years of great partnership with FIFA,” EA CEO Andrew Wilson said. “The future of global football is very bright, and fandom around the world has never been stronger. We have an incredible opportunity to put EA SPORTS FC at the heart of the sport, and to bring even more innovative and authentic experiences to the growing football audience.”

Related: 10 best soccer players of all time: Is Lionel Messi #1?

Why did EA Sports and FIFA part ways?

As noted, gamers might not really notice or care about the name change, as long as the gameplay remains top-notch, it won’t upset too many.

Basically the reason FIFA will no longer be included in the title of the EA soccer game is because of an inability to reach a new contract agreement extending their current partnership which runs through next summer at the end of the Women’s World Cup.

FIFA is believed to have been asking for more than twice the $150 million EA Sports already annually pays them.

The game is said to have amassed over $20 billion in total sales over the past two decades.

It’s ok for FIFA, as they will begin production on their own soccer simulation game which will directly compete with the product EA Sports plans to continue with.

“I can assure you that the only authentic, real game that has the FIFA name will be the best one available for gamers and football fans,” said Gianni Infantino, the FIFA president. “The FIFA name” — which he suggested the organization would reclaim for its own game — “is the only global, original title.”

Still, FIFA will face their own challenges that many gamers simply won’t budge on. One example is not having access, or licensing to many of soccer’s biggest stars. It’s something Richard Masters, the CEO of the Premier League recently spoke to.

“EA Sports is a long-term and valued partner of the Premier League, and we look forward to continuing to work together in the new era,” Richard Masters, the chief executive of the Premier League, said in EA’s statement announcing its break from FIFA. The statement also included comments from officials representing the governing bodies of Europe and South America as well as the heads of the German and Spanish leagues.

While some may be celebrating the idea of EA Sports no longer having exclusive rights with FIFA, it’s not ideal as now soccer enthusiasts won’t have access to all the same features they grew to love, not on the same platform anyway.