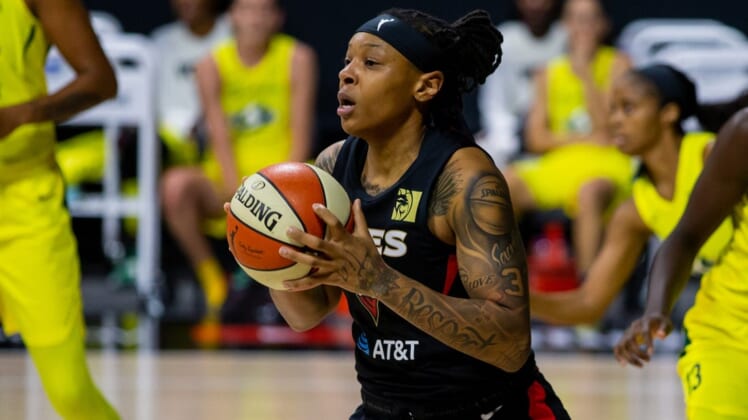 Forward Emma Cannon signed a contract with the Indiana Fever on Sunday.

Terms of the deal were not disclosed by the team. Cannon will be available to play for the Fever (3-9) in Sunday’s game against the host Atlanta Dream (6-4) in College Park, Ga.

“Emma is highly competitive, and we love how hard she plays on the defensive end,” Fever interim general manager Lin Dunn said.

Cannon, 33, averaged 6.9 points and 4.5 rebounds in 12 games last season with the Fever. She also played with the Connecticut Sun and Las Vegas Aces in 2021.

Cannon had three points in six minutes for the Phoenix Mercury in their game against the Aces on May 6. That was the lone game in which she played this season.

The 6-foot-2 Cannon has averaged 4.7 points and 3.5 rebounds in 56 career games with the Mercury, Aces, Sun and Fever.