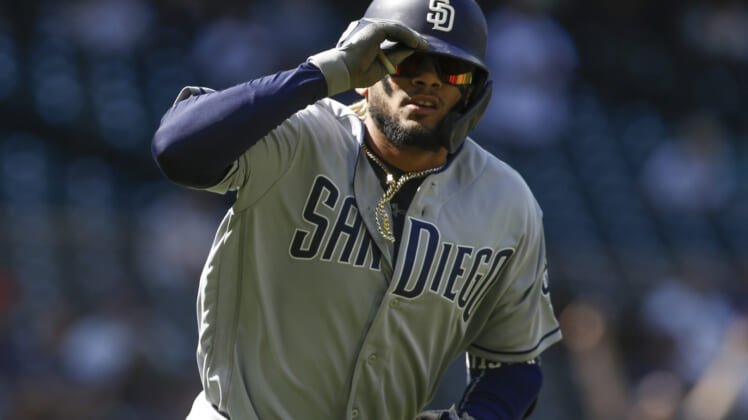 Earlier on Wednesday, San Diego Padres rookie phenom Fernando Tatis Jr. belted yet another lead-off homer to give his team a 1-0 lead against the Seattle Mariners.

Later in the game, the Rookie of the Year candidate hit a mere single. It’s not necessarily the base hit that matters. Instead, it represents the 100th knock of his rookie season. Tatis Jr. is now the quickest Padres player to put up 100 hits (306 at-bats) in franchise history.

Given that one of the greatest hitters of all-time, Tony Gwynn, played for the Friars, this is a remarkable stat.

Said base hit brought Tatis’ average to .326 on the season. For comparison’s sake, Mr. Gwynn hit .338 for his career. Crazy stuff.