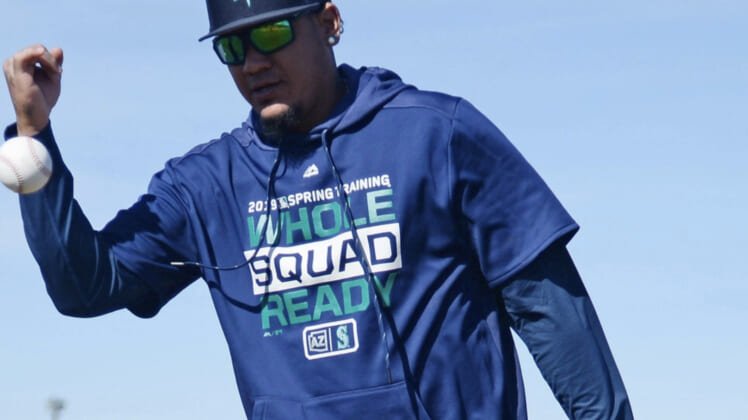 As Seattle Mariner starting pitcher Felix Hernandez weighs his future, the veteran hurler is now on the verge of finally returning to the mound in Seattle.

Speaking to reporters on Friday, manager Scott Servais announced that the club’s plan is for Hernandez to make at least one rehab start and he will likely need another before he can return to the team.

The 33-year-old last appeared in a game for the Mariners on May 11 and he largely struggled during his appearances. Hernandez surrendered a 6.52 ERA with a 1.50 WHIP in 31.1 innings.

Hernandez told reporters earlier in the season that he would need to return to Seattle’s rotation and pitch if he realistically wants to pitch next season. If he can avoid any setbacks during his rehab starts, perhaps he won’t have to call it quits at the end of the season.