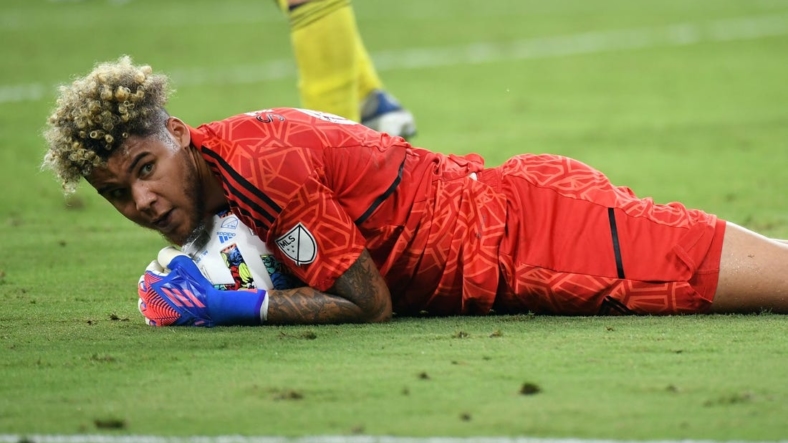 Coming off their largest defeat of the season, Minnesota United look to bounce back Saturday afternoon in Saint Paul, Minn., when they host FC Dallas in a contest with major playoff implications for both teams.

The Loons (13-10-5, 44 points) lost 3-0 to Real Salt Lake on Wednesday night in Sandy, Utah, missing an opportunity to emerge from the tightly bunched pack in the Western Conference. They are still in third place, but Dallas is one of three teams within two points of Minnesota.

Fourth-place Dallas (11-8-10, 43 points) is just a point behind the Loons and four points ahead of the seventh and final playoff spot in the conference. Looming five points behind are the resurgent LA Galaxy, who currently sit outside the playoffs in eighth place but have two games in hand on FC Dallas and one on the Loons.

Both teams want to finish in the top four so they can host an MLS Cup first-round playoff game.

It will be the third contest in eight days for Minnesota, which had won three in a row before laying the egg at RSL. For that one, coach Adrian Heath made six lineup changes trying to save some legs with an eye toward Saturday’s potential six-point swing game. Wednesday’s lineup did not include top scorer and league MVP candidate Emanuel Reynoso (10 goals, nine assists).

“It’s because we have a huge game on Saturday,” Heath said of resting Reynoso Wednesday’s in a game played in 100-degree temperatures. “I didn’t want to put them in the team for an hour and then take the little bit of sharpness off of them.”

Minnesota got some good news on the injury front: Keeper Dayne St. Clair, the MVP of the MLS All-Star Game, had left the RSL game with a dislocated finger but has been deemed available to play Saturday, and defender Kemar Lawrence (knee) is also available for selection.

“We do our part, we’re gonna be okay,” Dallas midfielder Sebastian Lletget said of the playoff standings. “I think that’s just the message that needs to be going around. … Focus on Minnesota now.”