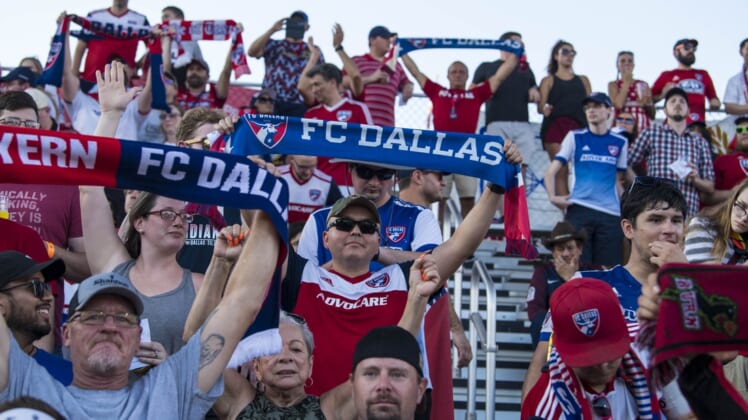 Aug 25, 2019; Frisco, TX, USA; A view of the fans and their flags and scarves during the game between FC Dallas and the Houston Dynamo at Toyota Stadium. Mandatory Credit: Jerome Miron-USA TODAY Sports

FC Dallas announced the signing Wednesday of Hungarian winger Szabolcs Schon to a three-year deal that includes club options for 2024 and 2025.

The 20-year-old will occupy an international roster slot and will join Dallas upon the expiration of his contract with the Hungarian first-division club MTK Budapest.

Schon scored 14 goals and added 10 assists in 55 appearances across all competitions with MTK Budapest over the past two seasons.

Internationally, the Budapest native has represented the Hungarian national team at various youth levels since 2014.