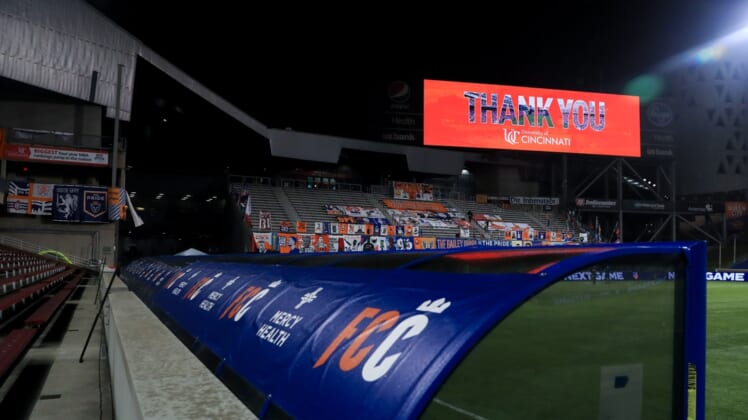 Oct 28, 2020; Cincinnati, OH, USA; A view of the video board thanking fans and the University of Cincinnati, after the game between Sporting Kansas City and FC Cincinnati at Nippert Stadium. Mandatory Credit: Aaron Doster-USA TODAY Sports

FC Cincinnati on Wednesday announced the signing of defender Avionne Flanagan, the 29th pick in the 2021 MLS SuperDraft.

The 22-year-old agreed to a one-year contract with three additional option years.

“Avionne has earned a contract with FC Cincinnati based on what he has shown throughout the preseason,” general manager Gerard Nijkamp said in a news release. “He is a young player with potential and we believe he has adapted well to the professional environment, both on and off the pitch.”

Flanagan played three full seasons at South Florida (2017-19) and tallied four goals and seven assists in 48 games (41 starts). He made three appearances for the Bulls this season before joining Cincinnati for the preseason.