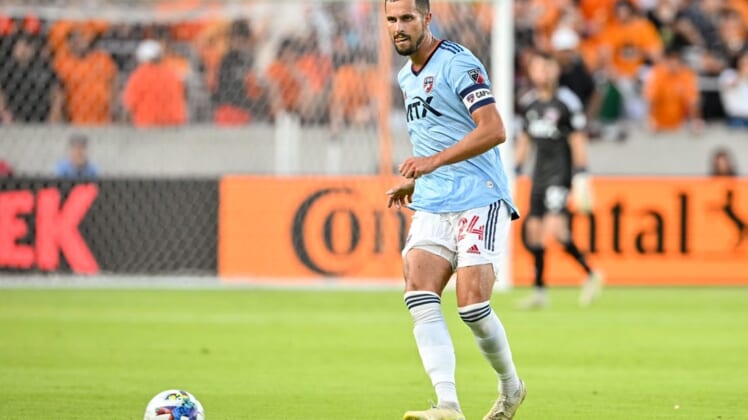 FC Dallas have struggled to finish matches of late and will have to be at their best when they host solid and improving New York City FC on Wednesday in Frisco, Texas.

Dallas (7-5-7, 28 points) heads home after a 2-2 draw at Houston on Saturday in which it surrendered a late lead for the third time in its past four games.

Dallas led early on a goal by Matt Hedges and went back in front when Jesus Ferreira scored the go-ahead goal in the third minute of stoppage time. But it surrendered the equalizer in the 101st minute and had to split the points. The tying score by Houston was the latest open-play goal in MLS history.

“To earn a point on the road with all the challenges we encountered says a lot,” Dallas coach Nico Estevez said. “The team is still learning how to close out games, because last season it seemed like that was difficult to do. We will keep improving and working on the way we close out games.”

Dallas is winless in its past five matches (0-2-3) and has won just once in its last eight outings.

NYCFC (9-4-5, 32 points) head to Texas on the heels of a 4-2 win at home over New England on Saturday. NYCFC became the first team in league history to garner three penalties in a single match. All three were awarded in the first half, and they converted two.

Valentin Castellanos found the net twice Saturday, recording his sixth multi-goal home game since the start of the 2021 season, twice as many as any other MLS player over that span.

Thiago Martins and Gabriel Pereira had NYCFC’s other tallies in the victory.

It was also the first win for NYCFC under interim coach Nick Cushing, who took over the team on June 13. NYCFC is now 1-1-3 with Cushing at the helm.