Falcons-Eagles game likely to be delayed due to weather 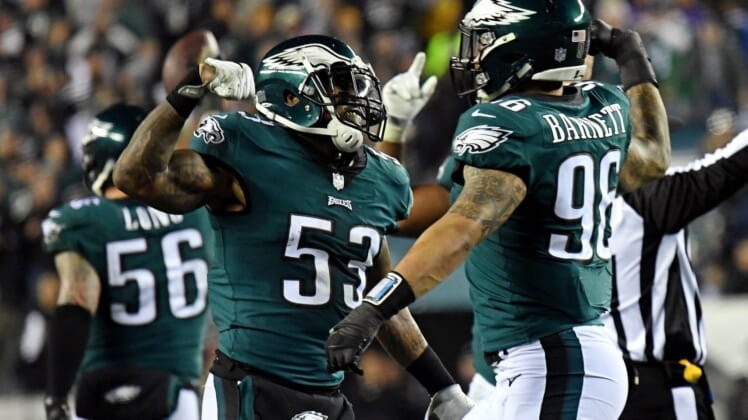 It doesn’t look like Mother Nature is doing us any favors leading up to Thursday night’s regular season opener between the Atlanta Falcons and defending Super Bowl champion Philadelphia Eagles.

According to numerous media reports, weather could delay kickoff as Philadelphia braces for a storm.

Weather incoming in Philly. Delay to start of the game now likely.

According to NFL Media’s Mike Garafolo, fans have been told to leave the stands and find a covered area. He also notes that further contingency plans are being discussed.

And now the fans have been told to take cover in the concourses. We’re not starting on time.

This is pretty much a nightmare scenario for the NFL, its players an the fans. Lightning and strong wind gusts are apparently in the forecast for the greater Philadelphia area. Hence, why officials are telling fans to leave the stands.

It remains to be seen how long the delay is going to be. Unfortunately, scattered thunder storms are expected in Philadelphia throughout the evening.

Look for a long night ahead.