Calvin Ridley expected to be traded this offseason 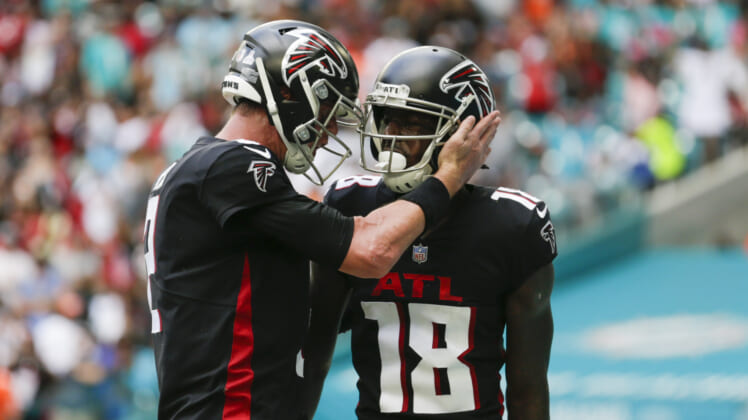 Atlanta Falcons wide receiver Calvin Ridley stepped away from football during the 2021 season. While the franchise wants him back in 2022, there’s reportedly a strong possibility he played his last snap in a Falcons’ uniform.

Ridley emerged as one of the best wide receivers in the NFL a year prior, earning second-team All-Pro honors. But before the team’s trip to London in 2021, he was excused to address a personal matter. He returned to the team a week later but announced on Oct. 31 that he was taking time away from football to address his mental well-being.

As the Falcons enter the offseason, the organization hoped its 27-year-old star would return this fall. But after reports leaked that Ridley might seek a trade, NFL Network’s Mike Garafolo shared even more insight on Saturday hinting that a deal is likely to happen.

“They are still holding out hope that they will have Calvin Ridley for this upcoming season. That said, the facts are it doesn’t sound like there has been a ton of communication between Ridley’s camp and the team, according to sources that I have spoken to…I do believe that a fresh start could be in the cards, maybe the best thing for Ridley. It’s not a situation where he has any ill will towards the organization, there are just some personal things going on.”

Garafolo offered his education prediction, believing that Ridley will be playing in a different uniform by the time the 2022 NFL season begins.

Atlanta doesn’t have to trade Ridley, given he’s under contract for $11.116 million next season. But this organization has a history of doing right by its players. There’s also a recognition that there apersonal circumstances are causing Ridley to not be in his best mental state with the Falcons.

With an organization that likely needs to rebuild anyway, there’s a stronger case to be made for granting a trade request from Ridley’s camp. If that happens, numerous NFL teams will be interested in acquiring the All-Pro receiver.