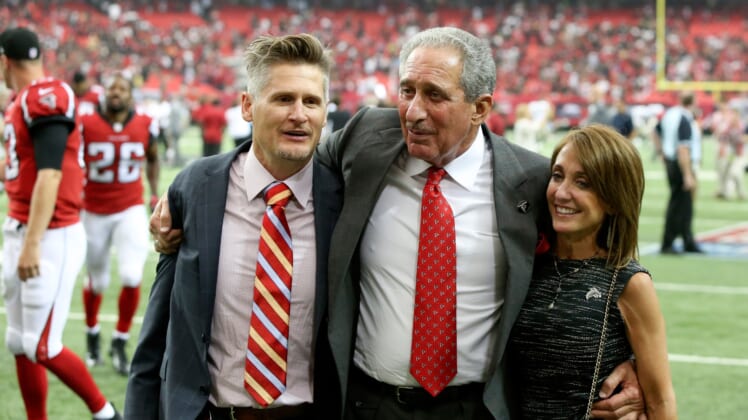 For most NFL fans, in most cities, buying concessions at the game involves some combination of arm and leg removal. The Atlanta Falcons are doing what they can do change the narrative on how much it costs to eat and drink while enjoying the game at their new stadium.

Mercedes-Benz Stadium, set to open in time for the 2017 NFL season, will almost surely feature the most affordable pricing in the entire league, based on pricing made available on the official stadium website.

In 2015, all but six NFL teams featured beer prices above this $5 mark for a 12 oz. domestic, per statista.com.

Now, it’s worth noting the Falcons will still make money off their food and drink items. But my goodness that’s an affordable lineup. In particular, the unlimited free refills on non-alcoholic beverages is a steal. You can’t even get that deal at most fast-food establishments these days.

“We focused from the beginning on building a unique fan experience at Mercedes-Benz Stadium with a goal of helping those who visit to leave the stadium with great memories shared with family and friends, not aggravation and frustration about their experience,” said Falcons and Atlanta United owner, Arthur M. Blank. “We have listened to the concerns of the fans on the food and beverage experience and have responded to those concerns in a way that honors our commitment to providing the best possible fan experience at our events.”

These prices will also be featured when other big events are held at Mercedes-Benz Stadium, including Atlanta United games, the Chick-fil-A Peach Bowl, SEC Championship Game, the College Football National Championship (2018) and the NCAA Men’s Final Four (2020).

Most new stadiums crank up the prices for food and beverage options. The Falcons are going the other way. This is a huge win for the fans in Atlanta.

That said, they might need the savings to help make up for the cost of tickets, which might be just a tad pricey.