Wear your socks too high and put on some face paint prior to the start of a game. Two things that the NFL will fine players for this season.

ESPN’s David Newton had this to say about the new rule.

Team officials confirmed the face paint used as Hardy does was included in other code violations sent in a memo by the league office. They were unaware of what the fine would be for such a violation. A spokesman from the league office said the rule is new, but didn’t say what fines would accompany it.

This is yet another example of the NFL really playing into the “no fun league” label that it has received over the past few years. In fact, some receivers could very well use this paint to help shield themselves from the sun…something that is commonplace in baseball.

Sorry Lattimer, you’re out of luck… 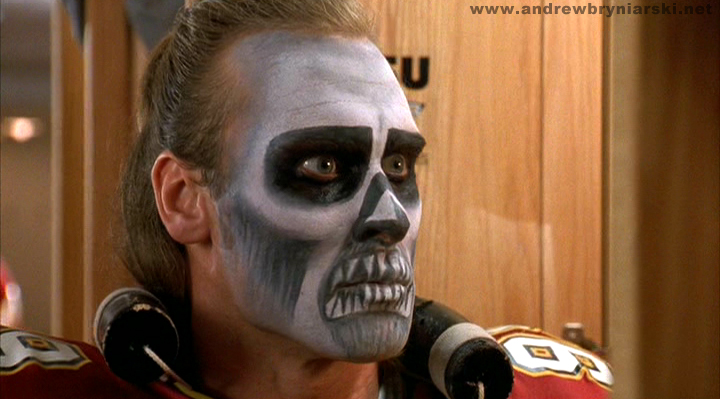 And no more paw marks for Greg Hardy and the Carolina Panthers. What’s next, telling players they can’t get tattoos on their face? Then again, that might not be a great idea in the first place.