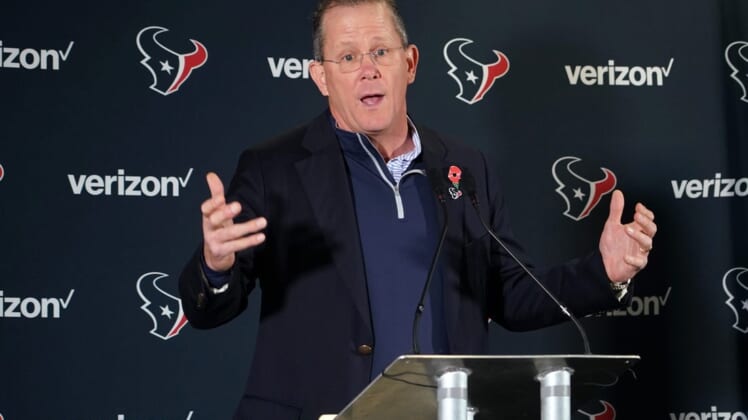 The Houston Texans paid tribute Tuesday to former team president Jamey Rootes, who died at 56 after a battle with “mental health issues.”

Rootes wife, Melissa Wildgen Rootes, announced his death Monday night in a Facebook post, writing he died “after a battle with mental health issues.” She also included the phone number to the National Suicide Prevention Lifeline.

“Our family is requesting privacy and will not be responding to media inquiries,” she said in the post. She said he died Sunday.

Rootes was hired in 2002, the first season of the franchise, by late Texans owner Bob McNair. He resigned in February 2021.

“For two decades, Jamey led our business operations with an unwavering commitment to Houston and the Houston Texans,” the McNair family said in a joint statement. “We are grateful for his steadfast leadership and immeasurable contributions to our team. Our thoughts and heartfelt condolences are with Jamey’s wife, Melissa, and their two children during this extremely difficult time.”