The New England Patriots took a zero-tolerance stance when they cut linebacker Brandon Spikes last week after he was allegedly connected to a hit and run accident. Spikes was re-signed to the team for depth after the Patriots won the Super Bowl in February.

It is now discovered that Spikes’ 2011 AFC Championship Ring, which was appraised for $18,000, can be found on eBay for auction. Current bidding sits at $19,499. Obviously, conference rings will not bring in the top dollar that a Super Bowl ring would. 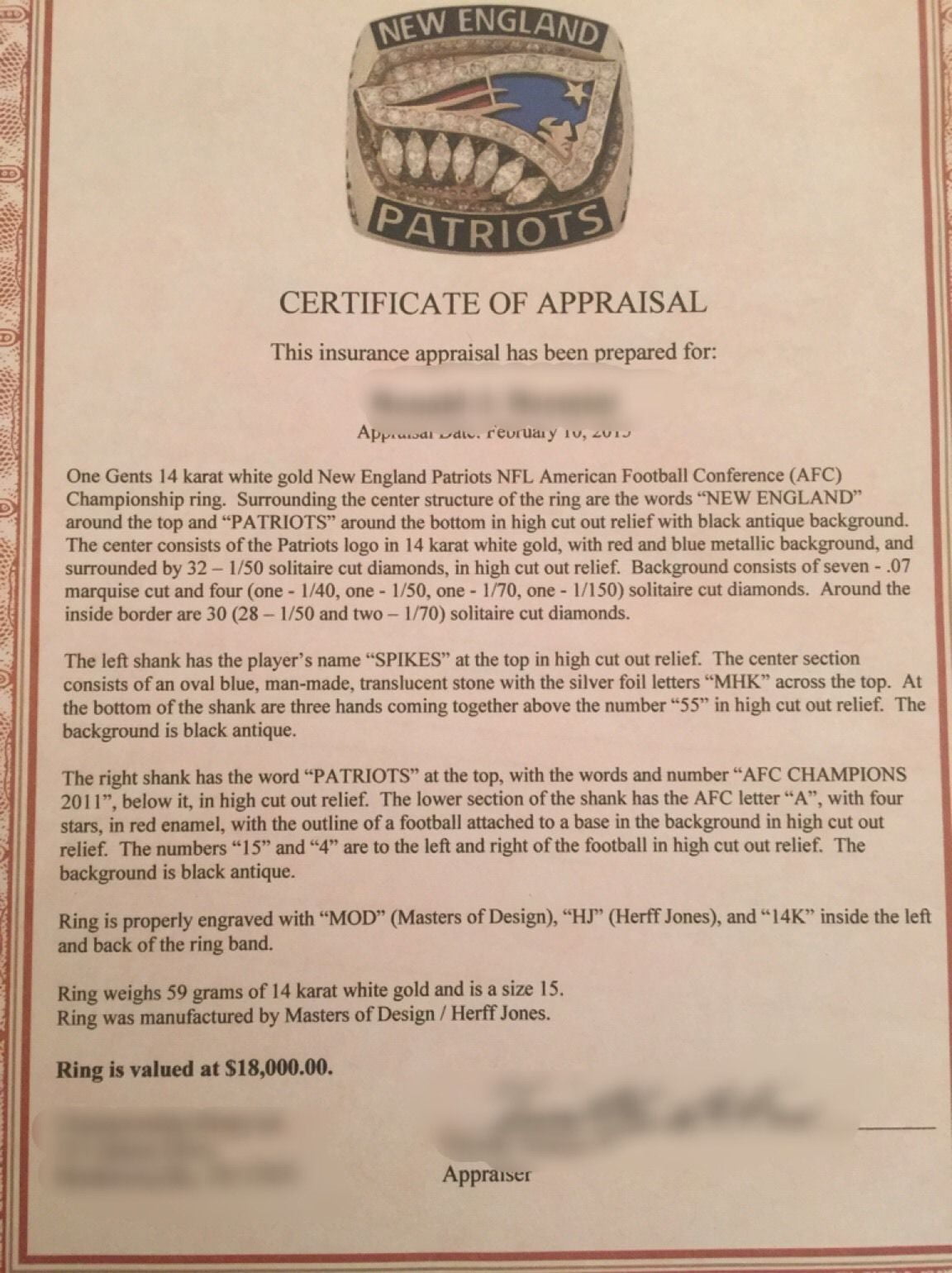 Spikes is apparently cutting all ties with the Patriots by putting his ring up for public auction.

The timing of Spikes placing the ring on eBay coincides with the Patriots receiving their Super Bowl XLIX rings during a party on Sunday.