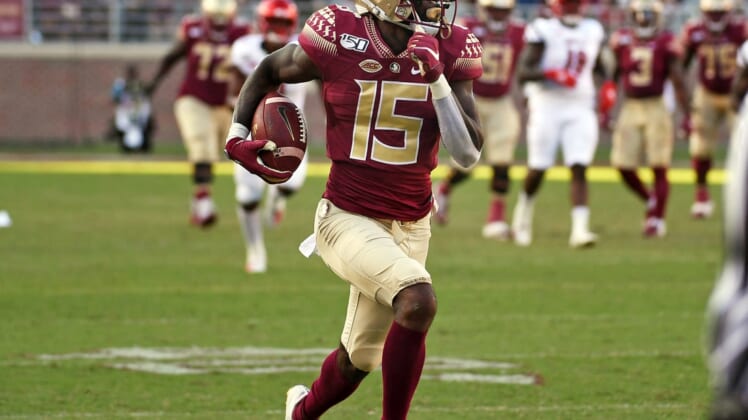 Former Florida State wide receiver and NFL hopeful Tamorrion Terry is one of 11 people facing murder charges in connection to the 2018 death of a 21-year-old woman.

The Miami Herald, citing court records, reported Thursday that Terry and the others were indicted last week by a grand jury in Georgia.

On Wednesday, the Seattle Seahawks released Terry without an injury designation. They signed him as an undrafted free agent in May.

The victim, Za’Quavia Smith, was one of at least seven people shot at a nightclub in Ashburn, Ga., in June 2018. Shortly after the shootings, 17-year-old Jontavious Coley was charged with felony murder and aggravated assault, and police said at the time that several other suspects were being sought in what was termed a gang-related shooting. 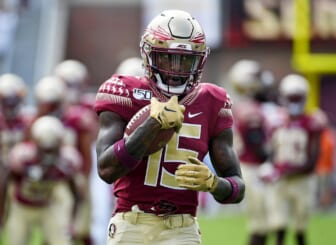 Terry was a football teammate at Turner County High School in Ashburn of two other men indicted in the case.

A four-star recruit in the Class of 2017, Terry committed to the Seminoles in January of that year. He redshirted in 2017.

He played three seasons for the Seminoles, appearing in 31 games and catching 118 passes for 2,221 yards and 18 touchdowns. He entered the 2021 NFL Draft but wasn’t selected.

His total yards rank 10th in Florida State history. He also holds the program record with five receiving touchdowns of 70 yards or more.