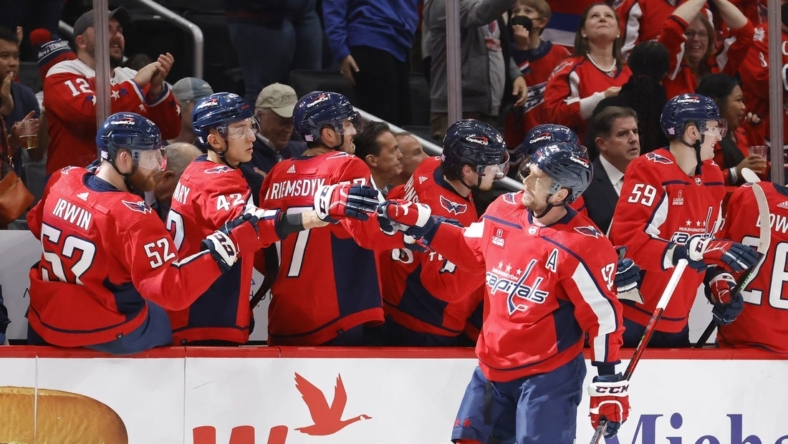 Evgeny Kuznetsov had two goals and two assists to help the Washington Capitals end a four-game losing streak with a 5-4 win against the visiting Edmonton Oilers on Monday night.

Dylan Strome had two goals and an assist, Erik Gustafsson had three assists and Alex Ovechkin had a goal and an assist. Charlie Lindgren made 25 saves for the Capitals.

Ryan Nugent-Hopkins scored two goals, Connor McDavid and Leon Draisaitl each had a goal and an assist and Stuart Skinner made 26 saves in his fifth start of the season for the Oilers, who have lost three in a row.

Draisaitl scored for the fourth straight game at 2:54 of the third period to pull the Oilers within 4-3.

Strome gave the Capitals a 1-0 lead with 1:45 left in the opening period. Strome stole the puck from Oilers forward Warren Foegele in the Edmonton zone and skated in alone on Skinner for the goal.

Strome scored again while on a power play 26 seconds into the second period for a 2-0 lead. Kuznetsov sent a pass to Strome at the front of the net, and the puck redirected off Strome’s body and into the net.

McDavid, playing in his 500th NHL game, made it 2-1 at 8:33 of the second period, weaving through the defense before beating Lindgren from in close for his NHL-leading 13th goal of the season.

It was Kuznetsov’s first goal in his past 18 regular-season games dating to last season.

Nugent-Hopkins redirected a centering pass from Zach Hyman off a rush to cut the lead to 3-2 at 14:10 of the second, but the Capitals went right back on the power play and Ovechkin scored 26 seconds later with a wrist shot from the left circle to extend the lead to 4-2.