Even with Tom Brady, the New England Patriots are in Trouble

There is a fine line between confidence and arrogance in today’s NFL. Successful teams tend to believe that success is more a product of their scheme and environment than individual players.

We have seen this philosophy rear its ugly head with multiple teams over the past few seasons.

Fresh off a Super Bowl-winning campaign in 2012, the Baltimore Ravens decided to cut ties with multiple veterans in a process that included cutting salary. The likes of Anquan Boldin, Bernard Pollard and Ed Reed were jettisoned from the team. Meanwhile, Ray Lewis announced his retirement. 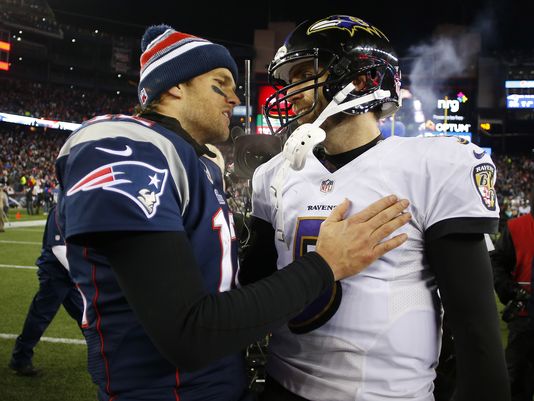 The following season saw Baltimore finish with an 8-8 record and miss out on the playoffs completely. And in reality, the loss of Boldin hurt the most. Without a true possession receiver to call his own, Joe Flacco put up the worst season of his career.

After winning 11 games and earning a playoff spot in 2013, the Kansas City Chiefs decided that it made financial sense to let left tackle Branden Albert and starting cornerback Brandon Flowers walk in free agency. While both of these players excelled in their new homes last year, the Chiefs finished with nine wins and missed out on the postseason.

Baltimore’s run to the Super Bowl might have been more about getting hot at the right time. And no one is prepared to compare the Chiefs to the Patriots squads we have seen for the better part of the past 15 years. However, the philosophy of believing your system is bigger than individual talent has come back to haunt some teams in the past.

Will this be the case in New England?

Let’s not even look at Tom Brady’s four-game suspension here. Even if his appeal is denied, there has to be confidence that the team can overcome his absence for the first quarter of the season.

Instead, it’s all about what the Patriots have failed to do, and some of the decisions that they have made recently. 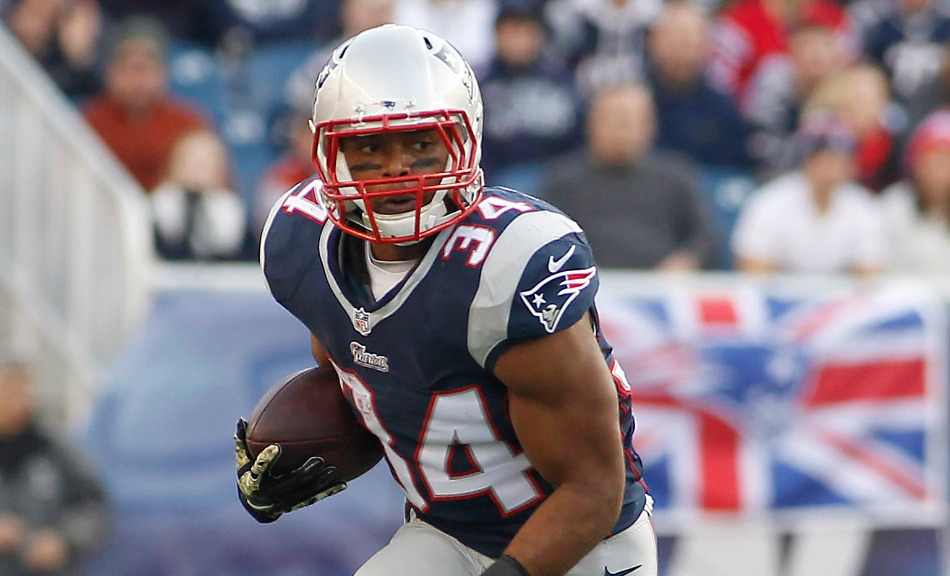 Courtesy of USA Today Sports: With Vereen (pictured) and Ridley gone, who will carry the rock?

The team let Shane Vereen and Stevan Ridley walk in free agency. These two running backs might not have played as large of a role last year as they did in the past, but they still did combine for nearly 1,200 total yards and seven touchdowns.

This leaves the likes of LeGarrette Blount, Jonas Gray, James White, Brandon Bolden and the newly signed Travaris Cadet slated to compete for touches in the backfield. That’s a whole lot of names, but not a bunch of top-end talent.

At wide receiver, the Patriots are currently working under the theory that they don’t need that true No. 1 guy. This is a theory that has worked for the team in the past. There were, however, a ton of mid-tier free agents available on an open market that was seemingly flooded with receivers. Instead of attempting to acquire one of these veterans, the Patriots are going to rely on Brandon LaFell and Julian Edelman to be the team’s starters. This might have worked in 2014, but defenses in the AFC East got a whole heck of a lot better this offseason.

On the defensive side of the ball, it’s nothing more than a creative mess. New England’s top-four cornerbacks, Darrelle Revis, Brandon Browner, Kyle Arrington and Alfonzo Dennard, are all gone from a season ago. I don’t care how much talent a team thinks it has in terms of depth, this is going to hurt big time. Remember, it took the Patriots to add Revis and Browner to jump from 18th in pass defense in 2013 to 16th this past season. Not an incredible improvement right there. Now imagine the Patriots without those two starters. 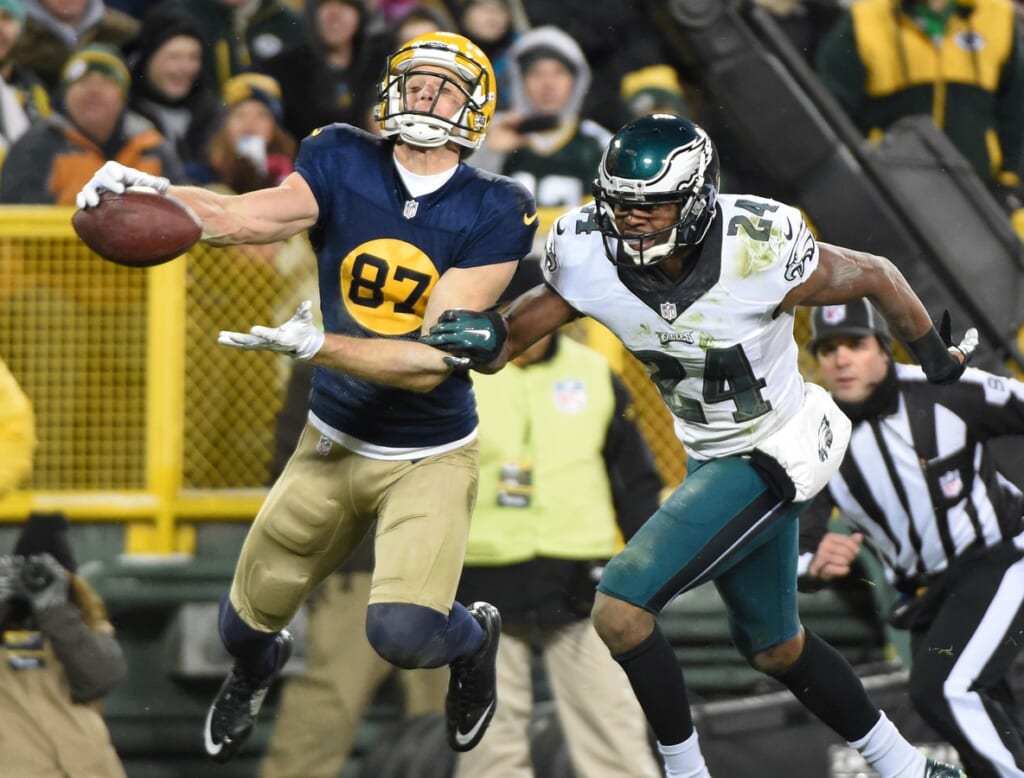 Courtesy of USA Today Sports: Bradley Fletcher is the Patriots answer at corner?

Instead of going after an upper-echelon corner to replace Revis, the Patriots settled on adding Bradley Fletcher from the Philadelphia Eagles. Acquiring experience might be nice, but Fletcher isn’t the guy that’s going to come in and make a major difference. He graded out 101st of a potential 108 cornerbacks in coverage last season (via Pro Football Focus, subscription required).

After pretty much attempting to strike the bargain bin in free agency, many figured the Patriots would then add a young corner in the draft. Unless you count rookie seventh-round pick Darryl Roberts, the Patriots completely ignored this position in the draft.

There’s crazy, and then there is flat out insane. 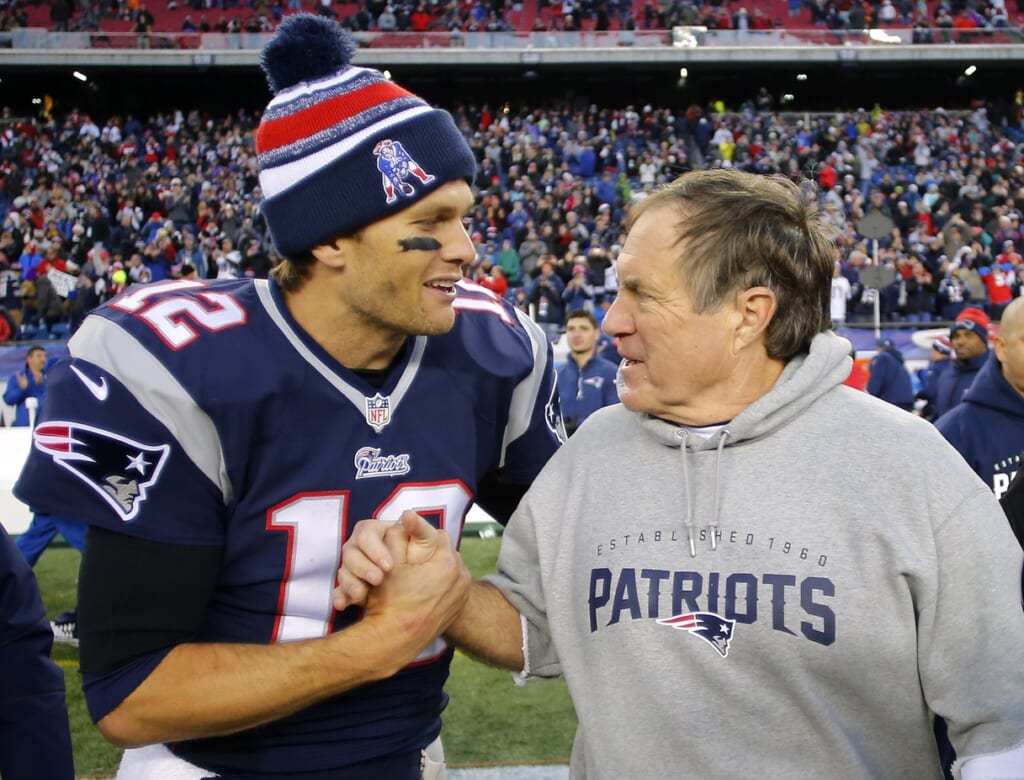 Courtesy of USA Today Sports: Do the Patriots have enough talent to repeat?

Normally I wouldn’t question the great Bill Belichick, but it appears that he’s placing too much confidence in Brady to up the level of play of those around him. Last time I checked, Tom Terrific didn’t play defense. More than that, there is a major talent issue at running back and wide receiver. Brady has been able to overcome this in the past. It’s asking a lot for him to do that again in 2015.

With all that said, offense shouldn’t be New England’s biggest concern.

Who is going to actually line up and start in the secondary? Do the Patriots have a capable pass-rush to mask what promise to be coverage issues? Can an elite-level linebacker group make up for issues along the defensive line? These are some major question marks heading into the summer.

As defending Super Bowl champs, New England should enter the 2015 season as favorites to win the AFC East. However, it’s nowhere near the lock it has been in previous seasons.

The Miami Dolphins added a ton of talent on the offensive side of the ball and boast an extremely competent defense. Led by new head coach Rex Ryan, the Buffalo Bills are going to bring a lot of toughness to the table in 2015. Couple that with the addition of LeSean McCoy at running back, and the Bills are not going to be an easy out. Heck, the New York Jets have improved by leaps and bounds from last season.

Is it a foregone conclusion that New England will continue to dominate the division? At this point, the answer to that question has to be a resounding no. I just wonder if Belichick finally overplayed his hand a bit here. If so, the other three teams in the AFC East will be ready to pounce, with or without Brady for the first four games.