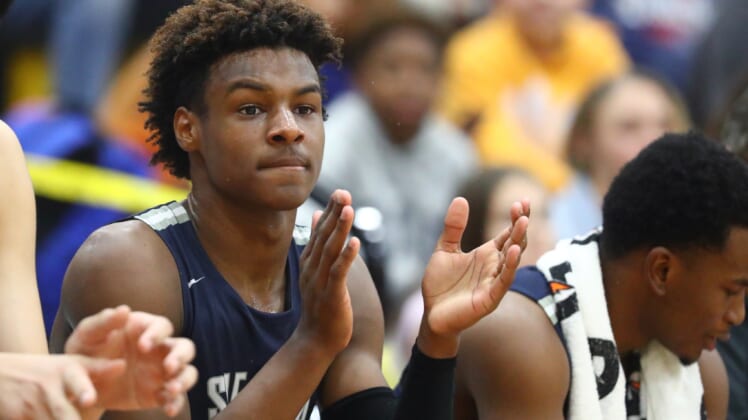 Los Angeles Lakers star LeBron James is used to being the star in nationally-televised games. Now, the spotlight will be on his son, LeBron James Jr, Friday night with ESPN2 set to air the high school clash between two high school powerhouses.

“Bronny” Jr. and his Sierra Canyon teammates are set to face Patrick School, a matchup between two of the top high school basketball teams in the nation.

Sierra Canyon will enter the game with a 14-1 record with an opportunity to prove themselves against the Celtics (8-1). The game will be broadcast on ESPN2 at 9 p.m. EST.

The national broadcast will certainly attract plenty of attention as all eyes focus to see what James Jr. can do on the big stage. Sierra Canyon will take the court as a 9.5-point favorite, per sportsbetting.ag.

We’ve seen his father dominate the Boston Celtics on plenty of occasions throughout his NBA career, especially in marquee games. Now, Bronny Jr. will get the chance to do the same against a different Celtics team.

While fans won’t get to see Zaire Wade, Dwyane Wade’s son, play on Friday night, it could still be an opportunity to see a future NBA star prove themselves at a young age.