Eric Decker on Tim Tebow’s baseball career: ‘Someone is going to sign him’ 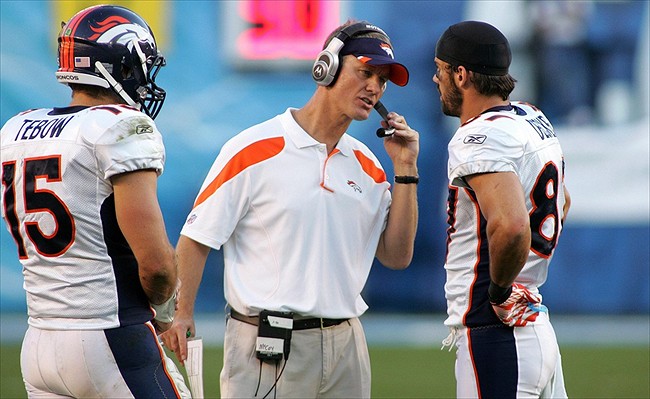 Just recently, Tebow announced that he plans to pursue a career as a professional baseball player. Obviously, his decision has drawn both positive and negative reactions from the public.

Someone that is apparently on board with Tebow attempting a career switch is the quarterback’s former teammate Eric Decker.

“Well, of course, he’s gonna do it,” Decker said per Rich Cimini of ESPN. “Someone is going to sign him, I guarantee you that, because it’s Tim Tebow and (the fans) will be coming to a baseball game with a football jersey on, selling tickets. I want to see what kind of player he is. I haven’t seen him play baseball, but he’s an athlete and works tremendously hard, so obviously he’s going to put everything he has into it. We’ll see.”

Decker can certainly attest to Tebow’s athletic skills considering he spent two seasons playing with the mobile quarterback while with the Denver Broncos.

Decker, now a receiver with the New York Jets, has a solid point about Tebow driving up ticket sales. Of course folks are going to pay to see Tebow play. He has a huge fan base. Plus, there are the haters who will want to see him fail. Either way, people will buy tickets.

It would be a win-win for any baseball team that wants to drive up ticket prices and increase their viewing audience.

In fact, not long after Tebow made his announcement, the Schaumburg Boomers of the independent Frontier League reached out to him and offered him a contract.

Whether Tebow accepts the offer remains to be seen. Though, other offers have also come in.

It will be interesting to see if Decker himself would actually attend one of Tebow’s games should the quarterback land a deal. What we do know is that he supports his former teammate.