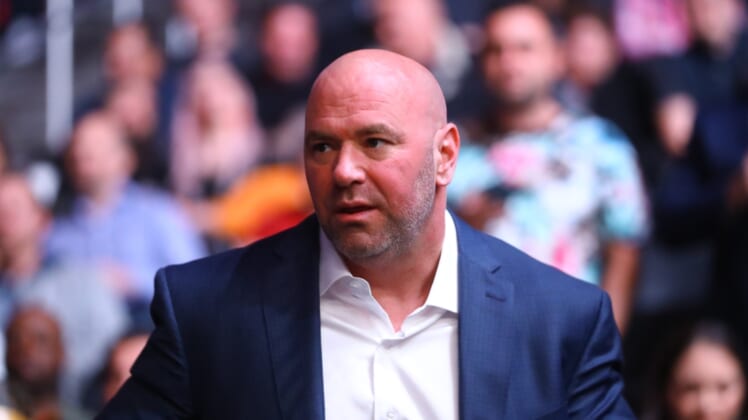 As part of a bigger plan to go public on the New York Stock Exchange, Endeavor Group Holdings is raising more than $1.7 billion in an effort to buy the remainder of the UFC, according to multiple reports Wednesday.

Per a preliminary prospectus filed with the Securities & Exchange Commission by Endeavor, the holdings company — which also owns talent agencies William Morris and IMG as well as the Miss Universe beauty pageant — and UFC entered into an agreement on Feb. 16 for Endeavor to purchase the remaining 49.9 percent of the UFC it still does not own.

In exchange for the remaining UFC shares, the fighting organization would receive Endeavor units, per the IPO filing — which remains in the early stages of the process.

Endeavor had owned 50.1 percent of the UFC, with investment firms Silver Lake and KKR holding most of the remaining shares.

According to the prospectus, Endeavor aims to go public along with the UFC in April in what would be its second attempt after pulling back efforts in 2019 because of what was then termed poor market conditions.

Additionally, chief executive of Tesla Elon Musk plans to become an Endeavor board member, per the filing.