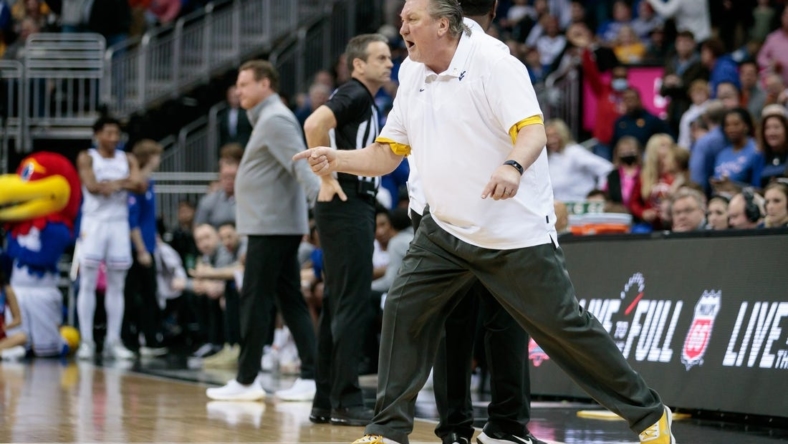 Emmitt Matthews Jr. scored 13 of his 15 points in the second half to lift West Virginia to a 76-58 victory over Mount St. Mary’s in the season opener for both teams on Monday in Morgantown, W.Va.

Matthews added seven rebounds and five assists in his first game since back transferring from Washington. He played his first three seasons with West Virginia.

Texas transfer Tre Mitchell scored 13 points off the bench and South Carolina transfer Erik Stevenson added 10 for West Virginia, which overcame a sluggish start by igniting a 15-0 run toward the end of the first half.

West Virginia sputtered out of the blocks before scoring 15 consecutive points to seize a 28-12 lead with 1:53 to play in the first half.

Seth Wilson made a pair of jumpers sandwiched around Matthews setting up Kedrian Johnson’s layup and James Okonkwo’s jumper. Wilson sank a 3-pointer and Matthews and Mohamed Wague added layups to cap the surge.

Benjamin ended West Virginia’s run by draining a 3-pointer with 1:34 left in the half. The field goal was the first by Mount St. Mary’s since Jefferson’s jumper at 11:42.

Johnson and Matthews each sank a 3-pointer to give West Virginia its biggest lead to that point at 38-22 with 15:24 remaining in the second half.

Mount St. Mary’s trimmed its deficit to 11 points before Matthews made a pair of dunks on consecutive possessions.

West Virginia wasn’t seriously threatened the rest of the way, building the margin as high as 19 points in the final minute.