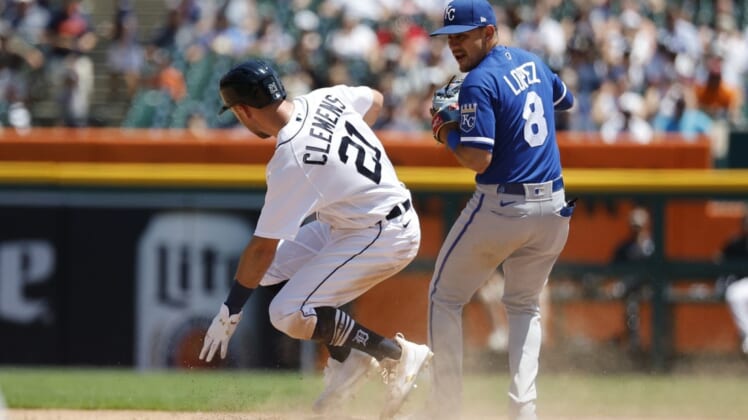 Nicky Lopez collected four hits and drove in a run, while Whit Merrifield reached base four times and scored twice.

Brady Singer struck out nine in 4 2/3 innings before Jose Cuas (2-0) got one out and was awarded the win. Scott Barlow got the last three outs and recorded his 12th save.

Tarik Skubal (5-7) gave up five runs on as many hits in 4 2/3 innings while taking the loss for his fifth consecutive start.

The Royals used the long ball to grab a 3-0 lead in the second inning. Olivares led off the inning with his blast to left field. Following a walk and a fielder’s choice, Rivera smashed his fifth homer over the left-center field fence.

Singer struck out the side in the fourth inning.

Kansas City extended its lead to 5-0 in the fifth.

Rivera led off the inning with a single and advanced on a sacrifice bunt. After a flyout, Skubal walked Merrifield. Andrew Benintendi then lined a double down the left-field line, bringing in Rivera and ending Skubal’s day. Wily Peralta replaced him and walked Bobby Witt Jr. and Olivares to force in another run.

Detroit got on the board in the bottom of the inning.

Jeimer Candelario singled and Torkelson yanked a 3-2 pitch over the left-field wall for his fifth homer. Singer departed five batters later after the Tigers loaded the bases with two outs. Cuas replaced him and Javier Baez lined out to right to end the inning.

Michael A. Taylor drew a bases-loaded walk against Jason Foley in the seventh to give the Royals a 6-2 lead.

Clemens ripped the first pitch he saw from Dylan Coleman over the right-field fence in the bottom of the inning. Reyes’ sacrifice fly drew the Tigers within two runs.

Lopez’s run-scoring single off Michael Fulmer in the ninth gave the Royals a 7-4 advantage.