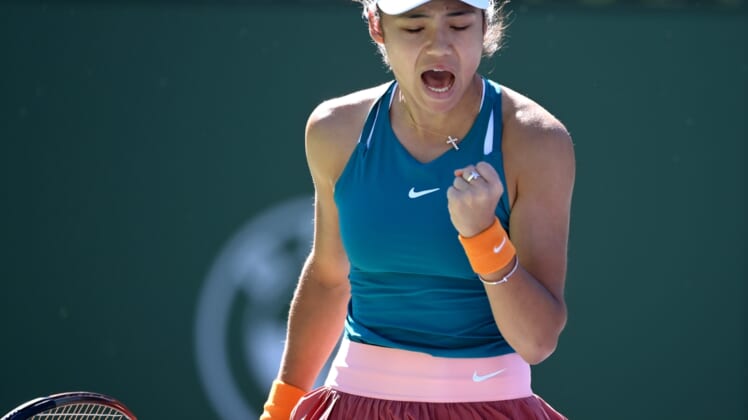 The 19-year-old British star, who is seeded 11th in the event, received a first-round bye.

Raducanu was coming off a first-round exit in Guadalajara, Mexico, two weeks ago, when she retired in the third set due to a hip injury.

She started well Friday, cruising through the first set before losing her serve three times in the second set. The third set was another wipeout, as Raducanu won 24 of the 32 points.

“It was definitely a tough match to win,” Raducanu said. “Caroline is a really tricky opponent because she is really aggressive and plays very quickly. As soon as I dropped my ball speed and pace, she took advantage of that in the second set. I’m just glad that I managed to adjust for the third.

“I feel like today it worked out pretty well that I was taking pace off the ball, I was playing too much to one side or the middle in the second (set). I kind of reassessed. In the third set, I picked my ball speed back up, I was spreading the play more. I think that’s probably one of my strengths, just working things out as they go along.”

In other second-round action, the United States’ Alison Riske came from behind to upset eighth-seeded Garbine Muguruza of Spain 0-6, 6-3, 6-1.

It marked the first time Riske beat a player ranked in the top 10 since 2019, and the 10th such victory of her career.