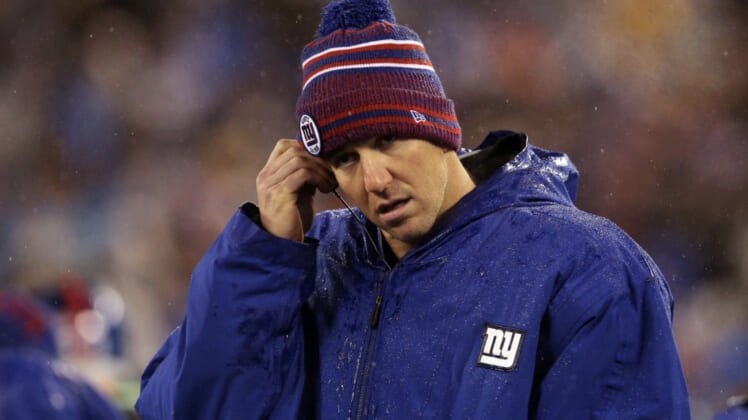 New York Giants quarterback Eli Manning will hold a press conference on Friday to officially announce his retirement from the game after 16 seasons.

When it was reported that the two-time Super Bowl champion was giving up on his career, an outpouring of accolades were thrown his way.

That now includes Manning’s older brother, Peyton Manning. But not in the way you might think.

“I’m happy for Eli, because I know he’s at peace and he put a lot of time and thought into this decision,” Manning said, via the Broncos’ official website. “But I am sad, because I won’t get to see him play anymore. And after my dad and Dan Marino, Eli really was my favorite player. So I have to find a new one.

We can understand Manning’s father, Archie, sitting atop his list. Though, the inclusion of Dan Marino ahead of Eli has to be a kick in the stomach. Sibling rivalry at its best.

In all seriousness, this was a nice tribute from Peyton to his younger brother. As to where the future Hall of Famer is upset he’ll have to find a new favorite quarterback, the Manning era is over around the NFL.

In and of itself, that’s sad news for those who have enjoyed elite-level quarterback play over the past quarter century starting with Peyton back in 1998.