It was a miserable weekend of football for some of the NFL’s biggest names at the quarterback position.

From Matthew Stafford to Matt Ryan, Philip Rivers to Andy Dalton, Week 14 didn’t turn out the way they envisioned when they woke up on game day. Interestingly enough, you won’t find either of the quarterbacks who started when the San Francisco 49ers took on the Cleveland Browns, which is pretty surprising.

These were the worst quarterback performances from Week 14.

Okay, so his final stat line doesn’t look atrocious: 245 yards with two touchdowns (one of which came at the end of the game) and one interception. However, Stafford attempted 46 passes to get those yards (abominable 5.3 yards per attempt), targeted Calvin Johnson just five times (one catch for 16 yards) and his interception turned into a touchdown for the other team.

The pick-six was ugly, too. Stafford stared down Johnson and should have never thrown the ball. Trumaine Johnson was sitting on the slant route and jumped all over the poorly-thrown pass, taking it back 58 yards for a score.

Making it worse, that score turned out to be the deciding factor in the game as the Lions lost by a score of 21-14.

Stafford hasn’t been the biggest problem for Detroit this year, but his poor play has been a contributing factor in a number of losses, including Sunday’s against the beatable Rams. 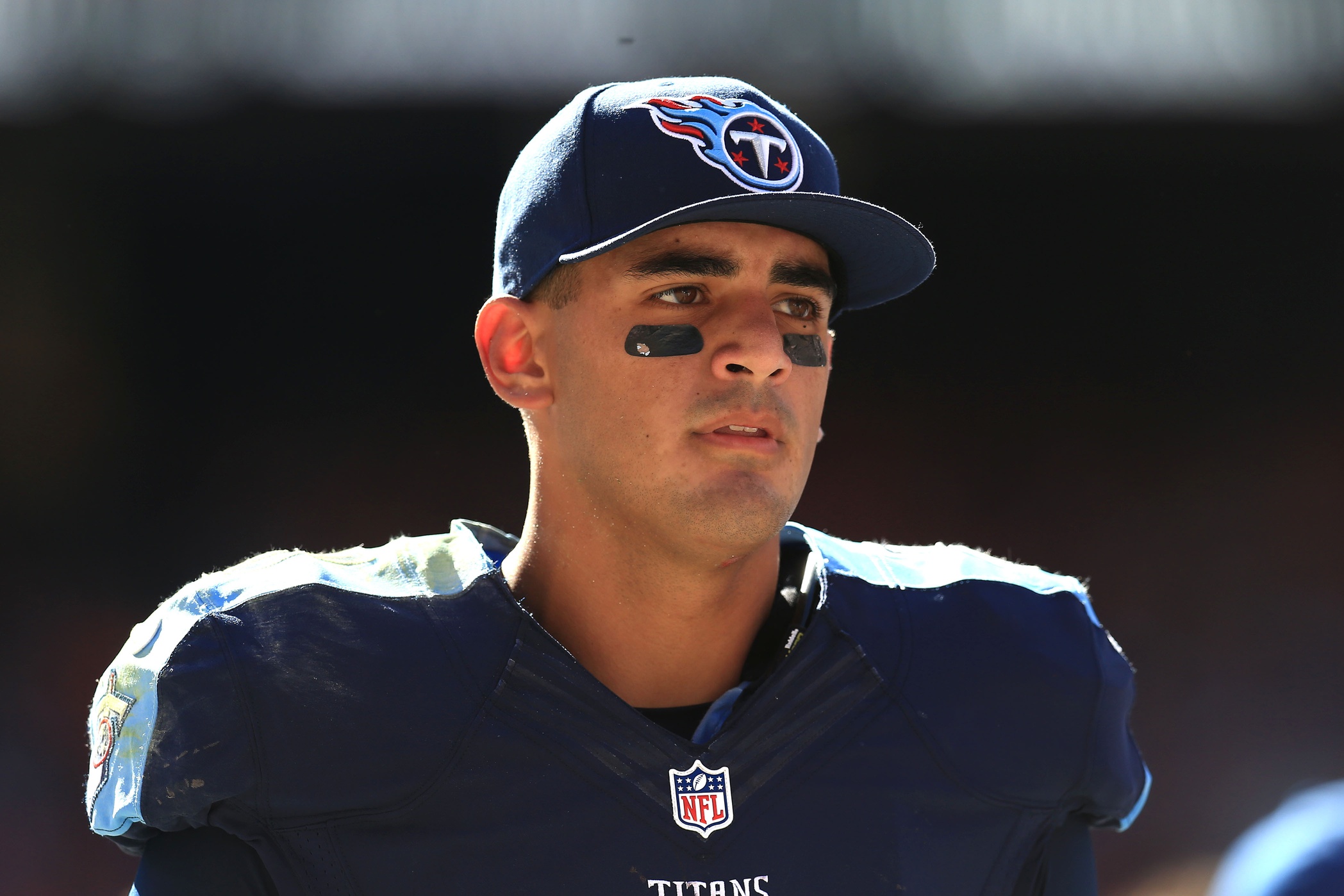 Mariota hasn’t had many bad games as a rookie, which isn’t something you can say about most quarterbacks, who struggle more often than not in Year 1.

Sunday’s offering against the New York Jets was a different story. Mariota was abused by the outstanding defense of New York, which pressured him often and registered five sacks for a total of 47 yards (that’s a lot of backwards motion). He completed less than 54 percent of his passes but did manage 274 yards, though he failed to throw a touchdown in the 30-8 blowout loss.

Mariota also threw an interception on a screen pass. The attempt was too high as Mariota was under pressure and Buster Skrine took it back nine yards to set up New York for a field goal to go up by a score of 13-0 early in the second quarter.

It was only the third game all year in which Mariota was held to under 60 percent passing, and he was also a non-factor on the ground.

Even on a bad day, though, the rookie managed to wow us by catching a 41-yard touchdown pass, thrown by running back Antonio Andrews. It was the only score of the game for Tennessee.

Speaking of the beatable Rams, Keenum did his best Nick Foles impersonation Sunday against Detroit, and that’s not a good thing.

Keenum couldn’t get anything going through the air, completing 14-of-22 passes for just 124 yards with no touchdowns and an interception hauled in by Darius Slay. The interception came at the worst possible time for the Rams, too, at the end of the first half in Lions territory with a chance to move into scoring range before time ran out.

Apparently firing offensive coordinator Frank Cignetti isn’t going to do a whole lot to improve St. Louis’ horrible passing offense, which has just eight touchdowns all year long — the least of any offense in the NFL.

At least the Rams did manage to pull off a win, thanks to Johnson’s pick-six and a big-time, two-touchdown effort by rookie running back Todd Gurley.

Jerry Jones might want to backtrack from his comments that the Cowboys would have won more games if Cassel was the backup at the start of the season instead of Brandon Weeden.

After Cassel’s abysmal performance Sunday against the Green Bay Packers, nobody would fault him for doing so.

The journeyman was off target all night long, completing 13-of-29 passes (44.8 percent) for just 114 yards with no touchdowns and an interception.

The Cowboys needed a win in the worst possible way to stay within striking distance of the other teams in the pathetic NFC East, and Cassel put forth his worst effort of the year in the pivotal contest. It’s no surprise the Packers took it to them at Lambeau, winning handily, 28-7.

Bengals fans must be sick to their stomachs after Sunday’s stunning 33-20 loss at home to the Pittsburgh Steelers.

Andy Dalton threw a terrible interception on a shovel pass before fracturing a bone in his hand.

Andy Dalton is out for the day after injuring his thumb on this play. #PITvsCIN https://t.co/z5YN4hgUGP

He left the game and came back on the sidelines a while later with a hard cast on that right hand, and the injury is reportedly one that “is likely season-ending,” per Bob Holtzman of ESPN.

His replacement AJ McCarron, formerly of the Alabama Crimson Tide, showed some good things in Dalton’s stead but also predictably struggled. In the end, the two passers combined to pass for plenty of yards (321) and two touchdowns but also threw three interceptions, including a 23-yard pick-six to William Gay to open the second half and fall into a 23-7 hole. 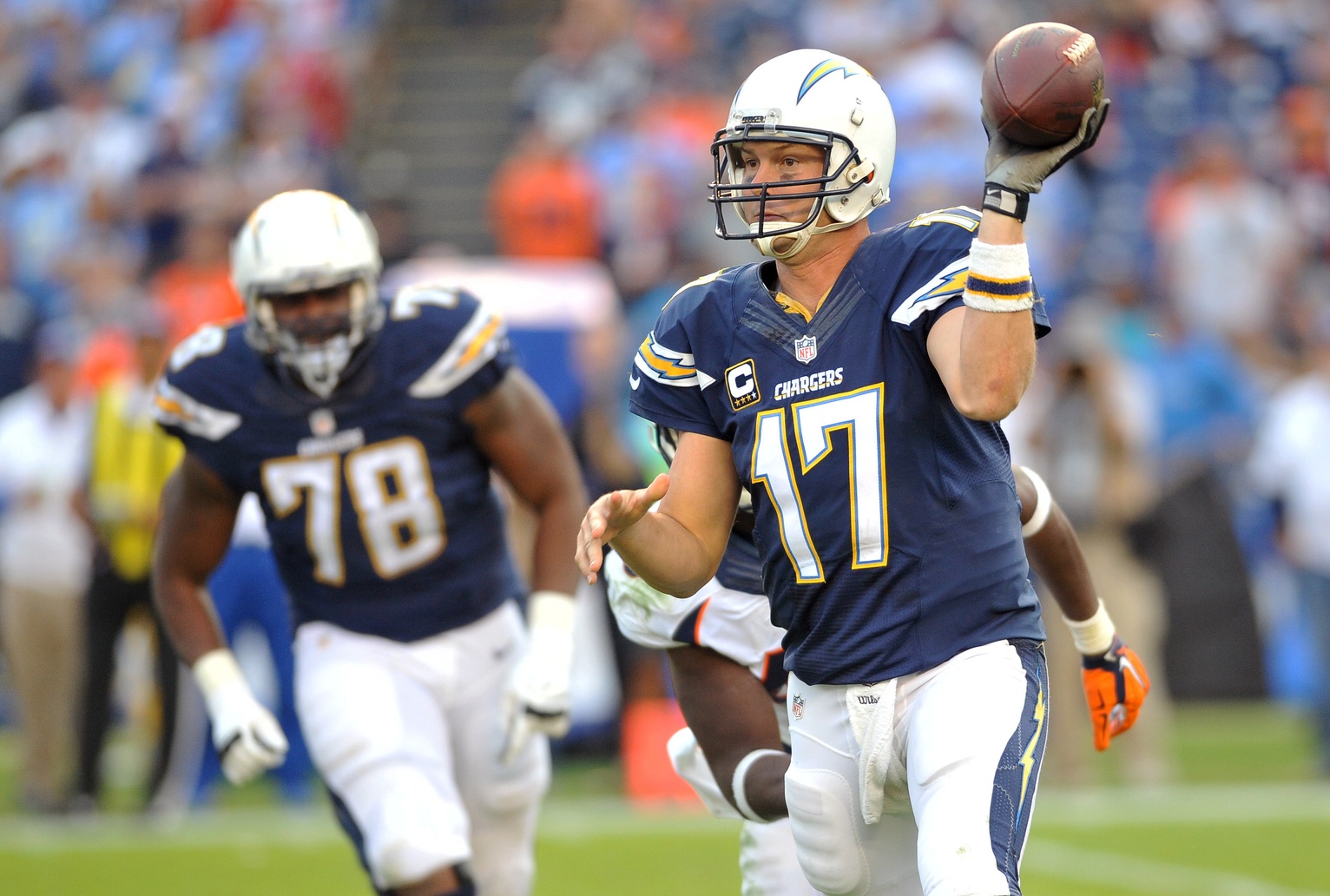 For the third time in four games, Rivers and the Chargers failed to score a single touchdown, losing on Sunday to the Kansas City Chiefs by a score of 10-3.

The veteran quarterback, whose season began at such a breakneck pace, has now sputtered down the home stretch without a rushing attack, much pass-protection or many healthy receivers available to him.

Sunday’s loss to Kansas City highlighted his lack of support. Rivers completed just 24-of-43 passes for 263 yards with no touchdowns and an interception, which the Chiefs turned into three points.

The Chargers, now 3-10, appear to be locked into one of the top three picks in the 2016 NFL draft. We suggest investing in some protection for the aging quarterback who can still sling it with the best of them.

Since opening up with four straight wins as a starter in place of Andrew Luck, Hasselbeck has experienced a sudden, precipitous downturn in production the past two games (both losses).

Not only did Hasselbeck struggle to produce for the Colts Sunday against divisional rival Jacksonville Jaguars, but he also took some huge hits in the process.

Matt Hasselbeck shoved out of bounds, hurt his arm and slammed his helmet down in frustration pic.twitter.com/f9dGHERIUV

Hasselbeck finished the game having completed just over half his passes (18 of 35) for 252 yards with no touchdowns, turning the ball over once on a fumble.

The only touchdown of the day for the Colts came on defense. It was just a miserable day for the 40-year old veteran and his team, which lost 51-16 but still maintains a half-game lead over the Houston Texans, who also lost Sunday night. 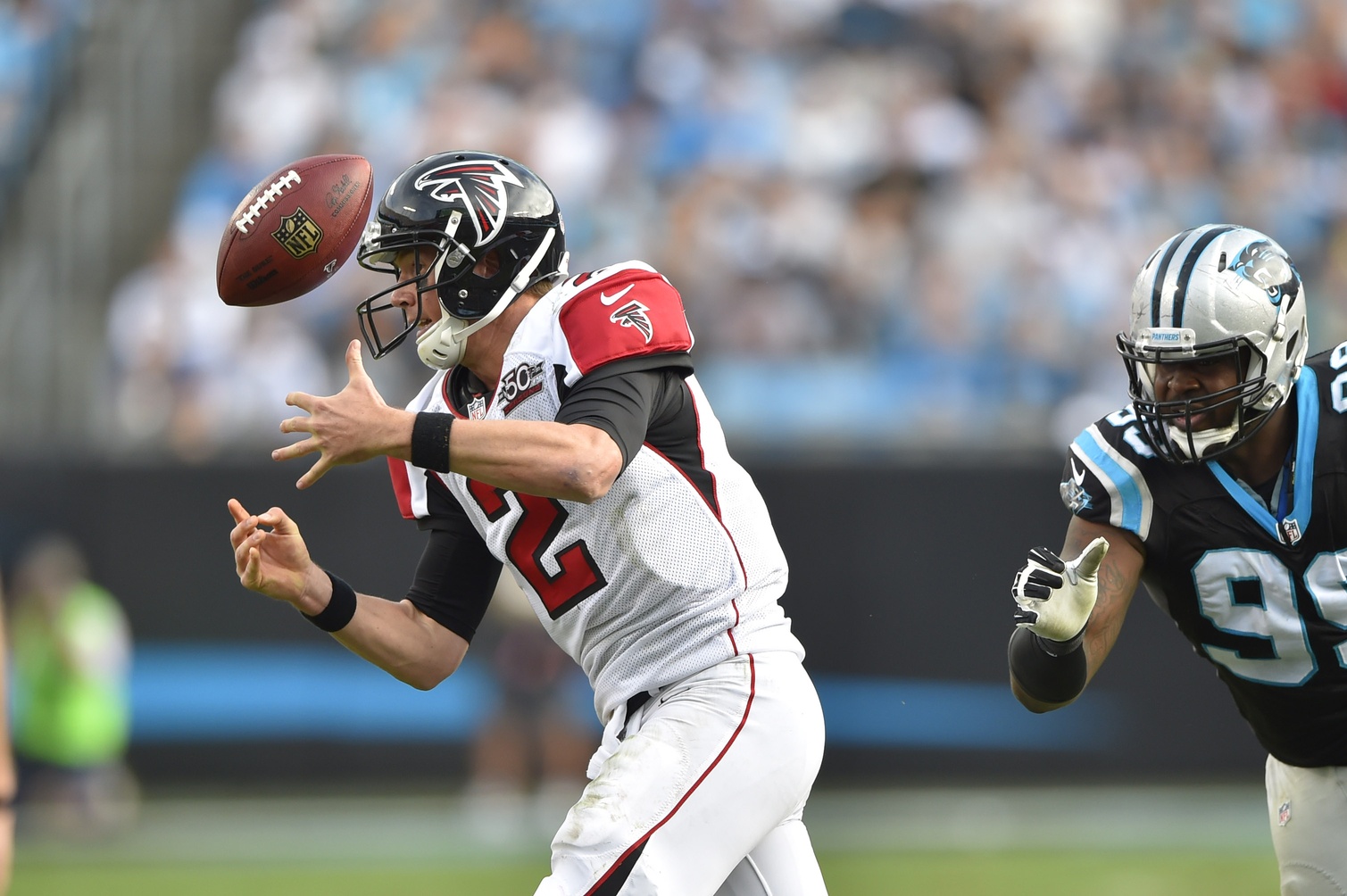 Two weekends ago I wrote there was something wrong with Ryan, who has not been anywhere close to elite this season. Coming into the game in Week 14 he’d thrown 11 touchdowns and 11 interceptions in his last eight contests and oftentimes struggled to get the ball downfield with precision.

Sunday, in a game Atlanta absolutely had to have to stay relevant in the NFC playoff picture, Ryan put up another stinker and the Falcons lost in blowout fashion, 38-0. The veteran ended up getting benched late in the game after the Carolina Panthers built up an insurmountable lead.

Before being sat down, Ryan managed 224 passing yards on 34 attempts, failing to throw a single touchdown while throwing an interception to Luke Kuechly and losing a fumble. Atlanta only converted 4-of-14 third-down attempts as Carolina dominated the game completely on both sides of the ball.

Big plays were unavailable all game long, barring one 46-yard pass to Julio Jones, who was otherwise shut down for the most part by Josh Norman.

The Falcons have now lost six straight games and seven out of their last eight. Ryan looks like a shell of himself this year, and it doesn’t help that his offensive line isn’t holding up its end of the bargain, either.