Week 10 in the NFL brought its fair share of exciting surprises and unwelcome heartbreak, along with a healthy sprinkling of excellent and embarrassing player performances.

Many teams and players walked away worthy of receiving big pats on the back while others sadly left with their tail between their legs. With that in mind, here are some of the notable winners and losers stemming from the Week 10 NFL action.

Winner: Rex Ryan and his Bills embarrass the Jets at MetLife

Buffalo Bills head coach Rex Ryan returned to his old stomping grounds with a chip the size of a granite slab on his shoulder. He walked away from MetLife Stadium with a 22-17 win over his former team, the New York Jets.

Ryan didn’t care whose feathers he ruffled when he boldly named defensive end IK Enemkpali a team captain, which was a complete slap in the face (again) to Jets backup quarterback Geno Smith. Smith essentially lost his starting job after getting his jaw busted this preseason by Enemkpali when he still played for the Jets.

During the course of the victory, Buffalo’s defense was incredibly sharp. The Bills limited quarterback Ryan Fitzpatrick (who completed less than 50 percent of his passes) to 193 yards, two touchdowns and two interceptions. Additionally, the Bills made bank on two lost fumbles committed by Chris Ivory and Devin Smith — the latter of which turned into a touchdown.

We’ll forget that quarterback Tyrod Taylor couldn’t get much going, because the ground attack, led by LeSean McCoy and Karlos Williams, picked up the slack. The duo combined for 148 rushing yards against, and Taylor’s only passing touchdown was a 26-yard strike to Williams, who practically danced into the end zone.

It was a glorious evening for Ryan who summed up his experience like a phone call after a bad breakup, via ESPN.com.

“I can tell the truth, this thing is kind of like being dumped by some girl you have the hots for. Every guy in this room has been dumped by a girl. You move on, and every now and then, they call you back.”

Loser: St. Louis Rams get chewed out by Jeff Fisher

The St. Louis Rams were playing so badly against the Chicago Bears that head coach Jeff Fisher called the whole team to the sidelines to chew them out mid-way through the game.

Unfortunately, Fisher’s words must have fallen on deaf ears because things only got worse for the Rams while the Bears to smartly outplayed them, both offensively and defensively.

Nick Foles, who apparently didn’t get Fisher’s memo, was absolutely dreadful. He completed only 47.2 percent of his passes while failing to score a touchdown for a second week in a row. Even though he also had an interception, Foles didn’t take total blame for the disastrous loss, (via ESPN.com).

“There’s no pointing fingers in situations like this. It’s easy to point fingers. It’s all of us.”

This time around, he was right.

Todd Gurley scored once early on in the game but finished the day with only 45 rushing yards.

On the other side of the field, the Rams’ defense had no answers for stopping two Bears MVP’s, rookie running back Jeremy Langford and veteran tight end Zach Miller.

Miller churned out an incredible performance, turning five catches into 107 yards and two touchdowns. And Langford, filling in for an injured Matt Forte for the second week in a row, was nothing short of spectacular catching seven passes for 109 yards and a touchdown while adding another 73 yards and a score on the ground..

Meanwhile, quarterback Jay Cutler thrived against the Rams’ fourth-ranked pass defense, completing 19-of-24 passes for 258 yards and three touchdowns with no picks.

Sunday’s loss for the Rams leaves them vulnerable, resting at 4-5 in the competitive NFC West. 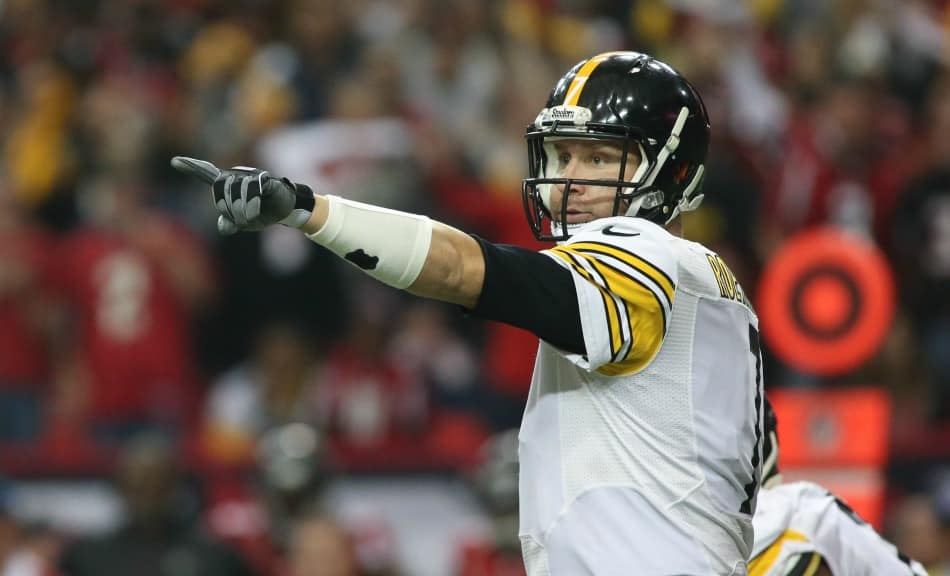 Who would have known we would be watching Roethlisberger, with his badly sprained foot, in action for the Pittsburgh Steelers playing against the Cleveland Browns in Week 10?

Landry Jones started the game with Big Ben on the sidelines activated as the backup. Early in the first quarter Jones was tackled and sustained an ankle injury that forced him out of the game, forcing Roethlisberger to step in. And, boy did Big Ben get the job done at Heinz Field.

Johnny Manziel and the Browns were simply no match for the Steelers’ overwhelming offense and sneaky-good defense. While Manziel cranked out a career-high 372 yards, one touchdown and one interception, he also endured six momentum-breaking sacks. Playing from behind, the Browns abandoned their run game that consisted of only 15 net yards at the end of the day.

Big Ben was tremendous, and wide receivers Antonio Brown and Martavis Bryant were the major beneficiaries, combining for 317 receiving yards and three touchdowns. We’ll never know how the game would have turned out had Jones stayed in. But we can be sure the Browns would have preferred Roethlisberger to remain on the sidelines, rather than romping them through the mud on Sunday.

Loser: What on earth is wrong with the Green Bay Packers?

The Green Bay Packers are on a head-scratching three-game losing streak and just got beat by the Detroit Lions, of all teams.

Packers have lost 3 straight Aaron Rodgers starts for the 1st time since 2008, his 1st year as a full-time starter. pic.twitter.com/AdHXn4kbX1

First putting an abrupt ending to the Packers’ 6-0 season start were the Denver Broncos in Week 8 when Green Bay lost badly, 29-10. With the Broncos’ defense being a force to be reckoned with, a loss for the Packers wasn’t totally unreasonable. But then in Week 9, the Packers let another loss slip to the still-undefeated Carolina Panthers, 37-29.

Both of those losses were understandable. But watching the Packers get duped by the Detroit Lions, 18-16, at Lambeau Field makes us wonder what exactly is going on with Green Bay. It has been since 1990 that the Lions won at Lambeau Field. To put that date into perspective, Matthew Stafford was only two-years old then.

Aaron Rodgers attempted a staggering 61 passes but only completed 57 percent of them for 333 yards and two touchdowns, dealing with a few drops by his receivers along the way. The team also struggled on the ground and registered only 47 total rushing yards, with James Starks serving as the primary runner.

And while the Lions offense wasn’t exactly executing brilliant plays with loads of three-and-outs, it did enough to make Green Bay’s defense look quite lame all game long. At the end of the day, another loss for Green Bay has the team sitting at 6-3 trailing the 7-2 Minnesota Vikings in the NFC North.

Winner: Minnesota Vikings gain the lead in the NFC North

While the Green Bay Packers have been flushing games down the toilet the last three weeks, the Minnesota Vikings have been sneaking their way to the top of the NFC North.

In a proud victory over the Oakland Raiders, 30-14, the Vikings registered their seventh win of the season. They now rest at 7-2 ahead of a 6-3 Packers that just lost to the Detroit Lions.

Too tough for the Raiders to hold off for 60 minutes, running back Adrian Peterson walloped Oakland’s defense for 203 rushing yards at an incredible pace of 7.8 yards per carry. He also scored on a magnificent 80-yard touchdown. Peterson’s stunning performance surely put smiles on the faces of those who started the veteran in daily fantasy leagues this week.

As a result of some fabulous plays and a defense that held Derek Carr and the Raiders to only two passing touchdowns, the Vikings are certainly looking quite well-tuned as they assume the lead in a division typically dominated by Green Bay.

Loser: Joe Flacco thinks he plays for the Jacksonville Jaguars 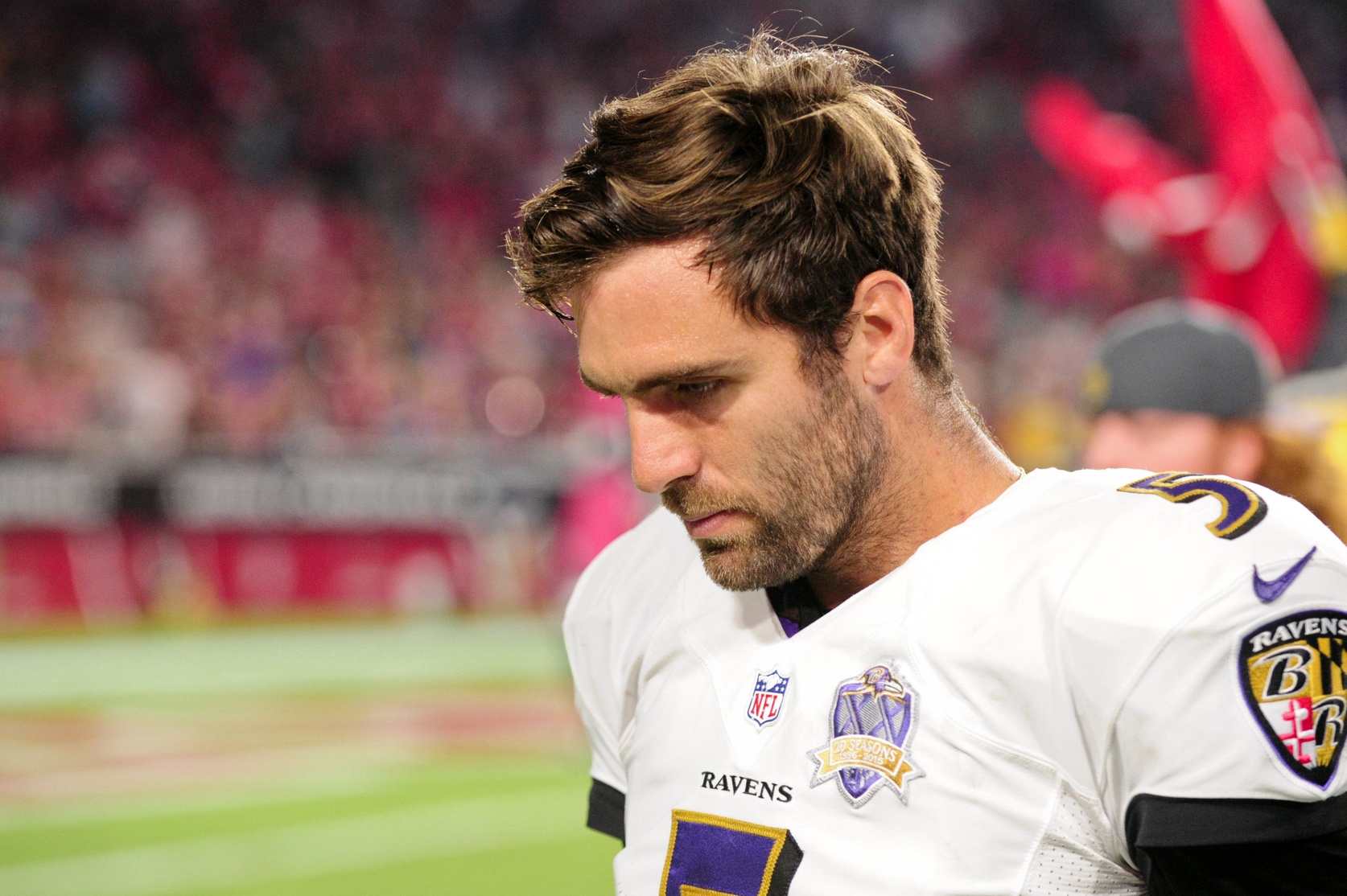 As a result of the turnovers, the Jaguars pulled off a last-second win, 22-20, over the Ravens after Jason Myers kicked a 53-yard field goal for the road team.

Regarding Flacco’s bumbles, he first was intercepted by cornerback Davon House on a pass intended for Kamar Aiken at the top of the third quarter. One drive later, House had his way with Flacco again on a pass headed to Chris Givens. And for his encore, Flacco lost a fumble one drive later which was recovered by defensive lineman Tyson Alualu.

Unfortunately, Flacco’s carelessness cost the Ravens yet another game, and his chronic turnovers have been a serious issue for the Ravens all season long. It’s truly hard to commend Flacco’s 34-of-45 completed passes for 316 yards and three touchdowns when his three turnovers fill the room like a stink bomb.

Stating the obvious, Flacco commented on the outcome of the game, (via ESPN).

“We’re not the type of team that’s finding ways to win right now.”

At this point in the season, the Ravens stand at 2-7 in the AFC North with virtually no shot at becoming a playoff contender.

Winner: Those who started Kirk Cousins rather than Drew Brees in fantasy football

It’s time to order your Kirk Cousins “You Like That?” t-shirt.

In a phenomenally sharp Week 10 performance, Cousins was in stellar form, and he made the day of those who started him in fantasy football leagues on Sunday.

Sparking a major win for Washington over the New Orleans Saints, 47-14, Cousins completed 20-of-25 passes for 324 yards and four touchdowns, and he remained clean the whole game without a turnover. Say what?

On the other hand, Drew Brees disappointed big-time with a lousy 209 yards, two touchdowns and two interceptions. His sudden cliff dive in production was quite unexpected considering he has been averaging 345 passing yards per game all season long.

As for Cousins, he was able to swoop in and take advantage of the Saints’ porous pass defense that allowed him to earn a perfect quarterback passer rating of 158.3. For his four touchdowns, he connected with his tight end Jordan Reed twice, receiver Jamison Crowder and running back Matt Jones on a beautiful 78-yarder.

Next up for the fantasy superstar and the 4-5 Washington team is a meeting against an undefeated 9-0 Carolina Panthers. Given Carolina’s defense, we will need to temper expectations for Cousins just a bit. 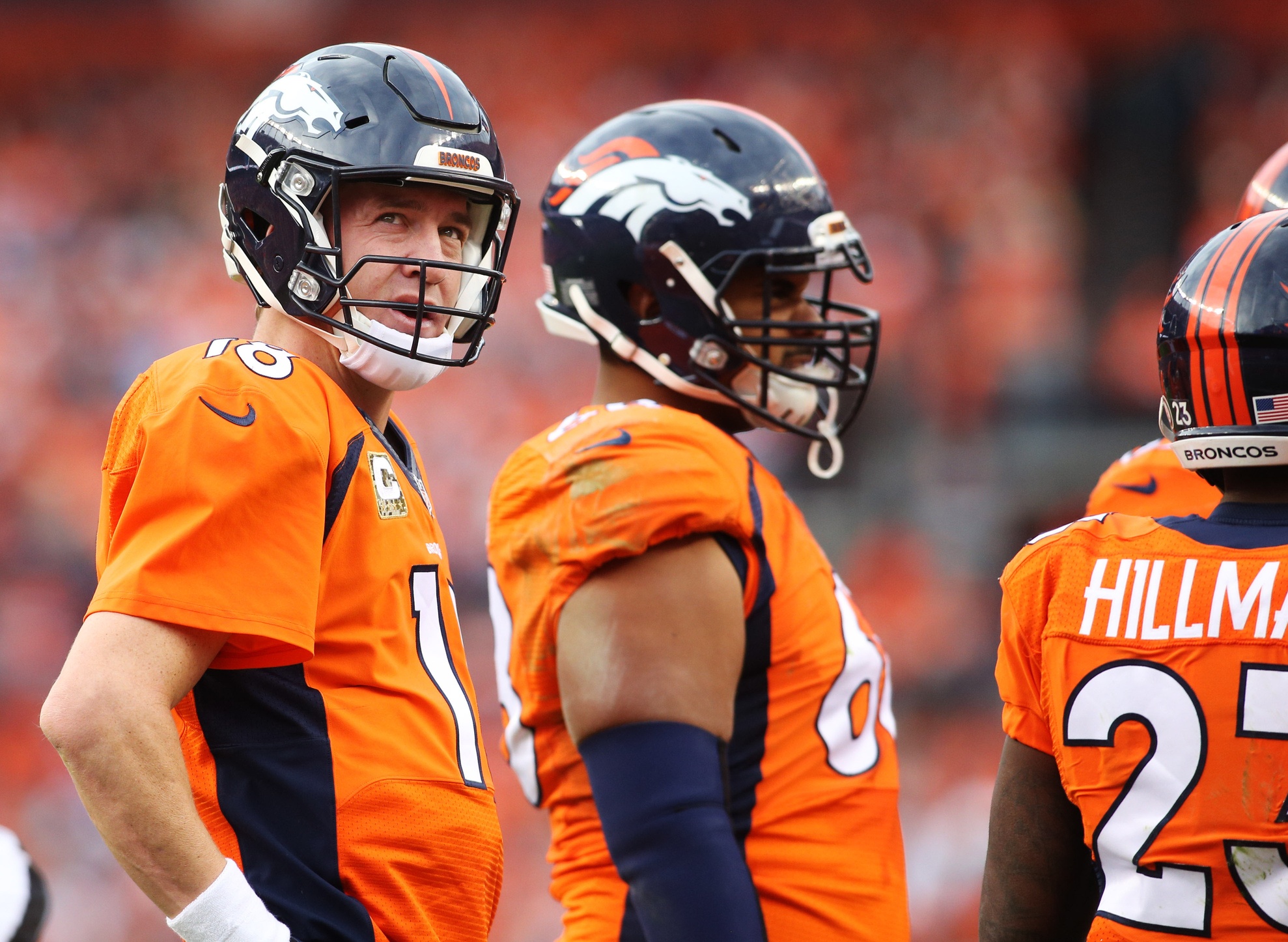 It was a terrible day all around for the Denver Broncos, who went scoreless all the way into the fourth quarter and eventually lost to the Kansas City Chiefs, 29-13.

Dealing with a rib and foot injury, Broncos head coach Gary Kubiak made the call to start Peyton Manning. Unfortunately, an unhealthy Manning was extremely unproductive, as his putrid stats showed.

During the nearly three quarters Manning played, he struggled awfully, completing only 5-of-20 passes for 35 yards with four interceptions and nary a single score. At that point, Manning was benched in favor of backup Brock Osweiler. Notably rusty, Manning’s backup finished off the day completing 14-of-24 passes for 146 yards, one touchdown and one interception.

While many speculated that Manning was benched for poor performance, Kubiak set the record straight claiming the quarterback was pulled to protect him from further injuries.

Despite Manning’s inept performance, it would appear the Broncos are sticking with him, despite his 17 interceptions thus far in 2015.

The only positive after the devastating loss was that Manning surpassed Brett Favre’s all-time passing yard record, though he should have just pulled the covers over his eyes and stayed in bed. Needless to say, he likely isn’t thinking of his record-breaking accomplishment after such a miserable outing.