Free agent quarterback Tim Tebow recently said that he would consider an opportunity to return to the NFL if an invitation was extended. His devoted fans can only hope this opportunity comes to fruition.

Tebow was last given a chance in the NFL by the Philadelphia Eagles in 2015. During the preseason, he scored two touchdowns and threw one interception during a somewhat impressive effort to make the final 53-man roster.

Looking back at Tebow’s 35 total career games, he has recorded 2,422 passing yards, 17 touchdowns and nine interceptions. He also managed 989 rushing yards and 12 scores on the ground, along with two postseason appearances.

Granted, Tebow’s style of play is definitely unorthodox. Though, it is mind-boggling to see that the following list of quarterbacks, who are worse than Tebow, remain employed in the NFL.

Other than one decent stretch of games with the Philadelphia Eagles in 2013, Foles has been a miserable disappointment.

The 27 touchdowns compared to two interceptions Foles managed in 10 games that season is well in the rear-view mirror. Foles regressed horribly the following season in Philly before he was traded to the Rams in 2015.

Things only got worse for Foles as a Ram. After 11 games, he was benched in favor of Case Keenum. Foles completed only 56.3 percent of his passes for a total of 2,052 yards, seven touchdowns and 10 interceptions.

In what world does Foles seeing playing time make sense? 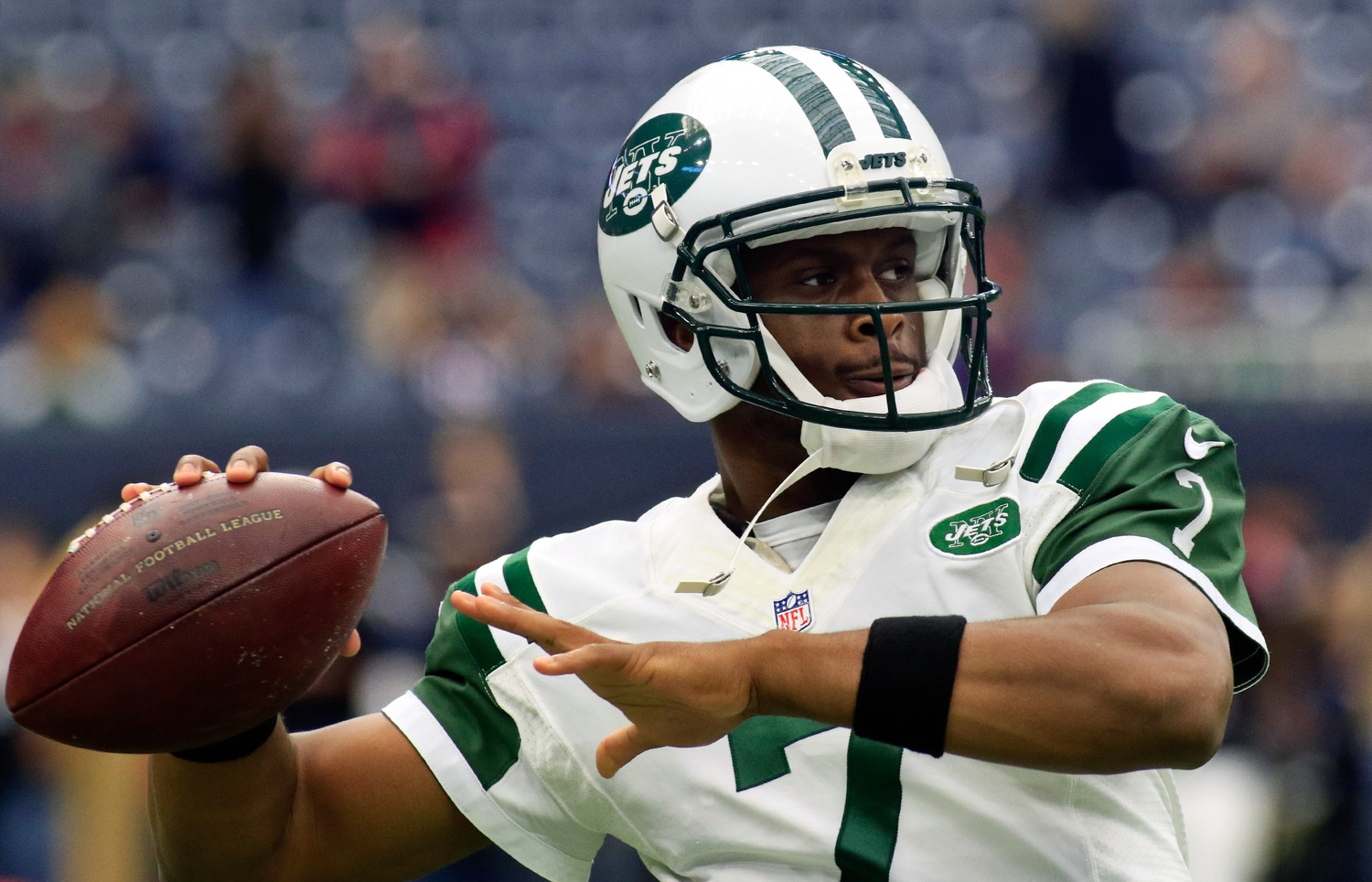 As a second-round draft pick from 2013, Smith has fallen incredibly short of expectations.

Overall, Smith sports a 11-18 win/loss record and has completed an average of 57.9 percent of his passes. He also has quite the unimpressive 27-35 touchdown-to-interception ratio.

Given an opportunity to compete for the starting job in 2015, Smith got into it with former teammate Ik Enemkpali, who punched Smith in the face. Needless to say, Smith could have taken a lesson from Tebow regarding locker room leadership.

A broken jaw caused Smith to be sidelined for several weeks and turned out to be a huge blessing for the Jets. This paved the path for fellow quarterback Ryan Fitzpatrick to swoop in and take the starting job.

Now, Smith’s opportunity to start in 2016 appears to be down the drain. The standoff between Fitzpatrick and the Jets finally came to an end. With that, the Jets handed back the starting role to Fitzpatrick.

Smith’s contract with the Jets ends after this season. He might be hard-pressed to land a job other than as a glorified backup in the coming years.

How is it that Cassel still manages to remain employed in the NFL at the age of 34 going on his sixth team?

After a failed attempt to impress as a backup with the Dallas Cowboys, throwing for five touchdowns compared to seven picks, Cassel signed a one-year deal with the Tennessee Titans. Yes, Cassel will start for the Titans if Marcus Mariota sustains any type of injury this year.

Titans fans had better pray that their second-year starter stays in better health than he did last season.

During the course of Cassel’s colorful career that began with the New England Patriots in 2005, he has racked up a 35-44 win/loss record.

There were a couple of decent seasons in which Cassel went 10-5 with the Patriots in 2008 and Kansas City Chiefs in 2010. But for the most part, his contribution when starting games over his last five seasons has been the opposite of amazing. 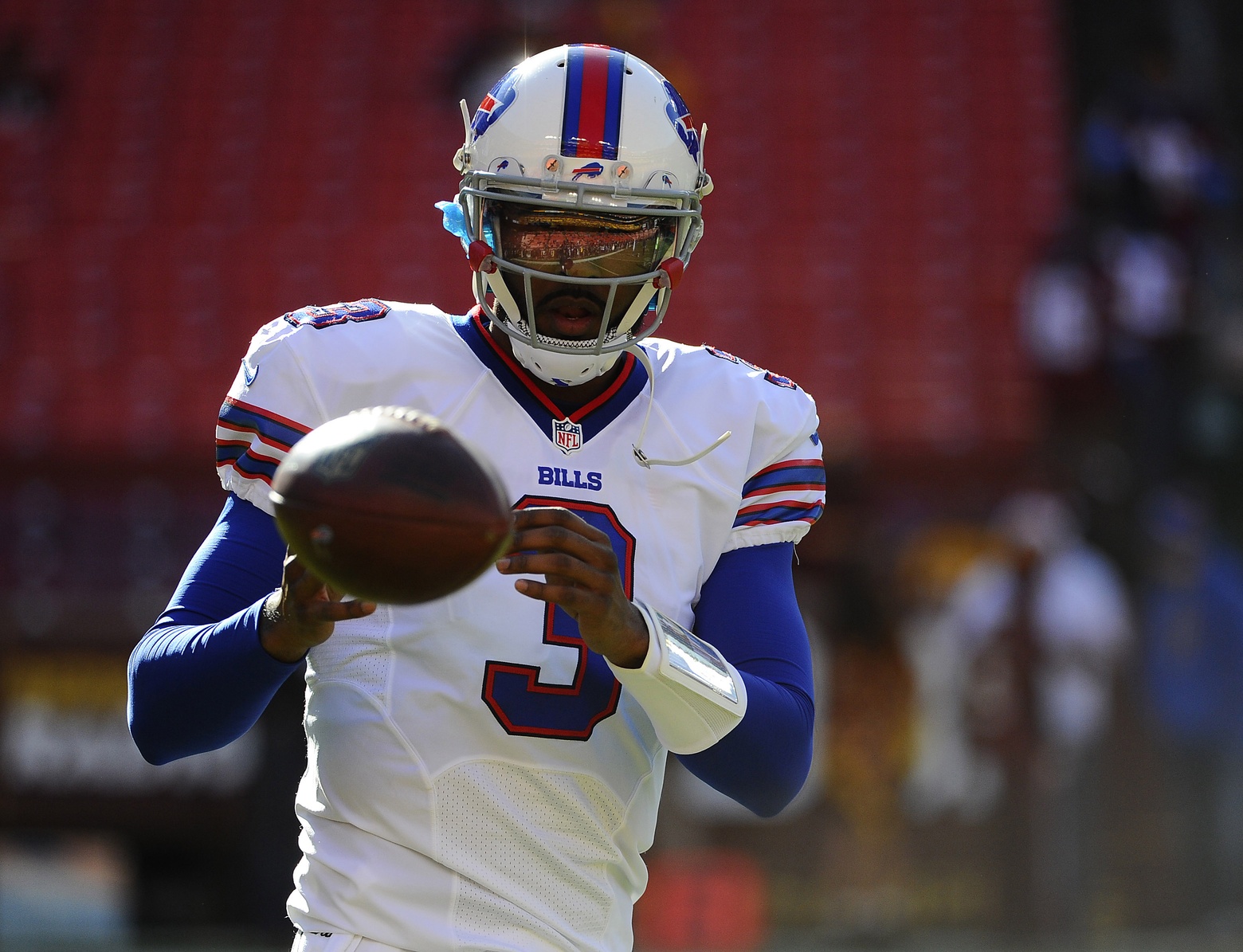 If the Buffalo Bills could get a do-over it would probably consist of selecting anyone other than Manuel in the first round of the 2013 NFL Draft.

Though, he wasn’t atrocious in his rookie year when he managed 1,972 passing yards, 11 touchdowns and nine interceptions. But it didn’t take but four games in 2014 for him to get the hook. The Bills had no choice than to rely on Kyle Orton to help salvage the team.

In 2015, Manuel was given a chance to compete for the starting job between the aforementioned Cassel and Tyrod Taylor. Once again, he came up short. Taylor prevailed, and Manuel didn’t impress when he filled in for him a couple of times last season.

This year marks the final season of Manuel’s rookie contract. If he spends most of the season on the bench, he will likely be in search of a new team in 2016. This is provided the Bills don’t release him prior to the start of the season.

Is there any logic to Mallett being an active NFL quarterback when Tebow can’t find a job in the league?

Nevertheless, Mallett signed a two-year deal with the Ravens to backup Joe Flacco late in 2015 following his release by the Texans.

But first, we must note that Mallett destroyed his chances as a starter with the Texans early on.

Before his release, Mallett rotated as a starter with Brian Hoyer. Though, he eventually lost the job when Hoyer outperformed in this memorable tilt against the Indianapolis Colts.

Stewing on sidelines, Mallett displayed horrible sportsmanship after watching his own teammates score.

To date, Mallett boasts a 3-5 win/loss record and has completed an average of 55.1 percent of his passes with seven touchdowns and nine interceptions.

It’s possible there is some deeply buried talent within Mallett, but we’re not holding our breath.

As one of the more seasoned but overall underwhelming quarterbacks in the league, Hoyer signed with his fifth NFL team at the age of 30.

Serving as a backup to Chicago Bears quarterback, Jay Cutler, we shall hope Hoyer stays nicely stashed on the bench as he fulfills his one-year tenure in the Windy City.

Hoyer took the one prime opportunity he had to shine and wasted it away in his one playoff appearance. In 2015, the Texans managed to win the AFC South after Hoyer led a somewhat successful campaign as starter.

Then in what was one of the worst playoff quarterback performance of all time, Hoyer choked in the Wild Card game against the Kansas City Chiefs. Fans could hardly watch while Hoyer miserably completed 15-of-34 pass attempts for 136 yards, zero touchdowns and four interceptions.

Thus, it was not at all shocking to see the Texans send Hoyer packing after inking Brock Osweiler to a long-term deal during the 2016 free-agency signing period. 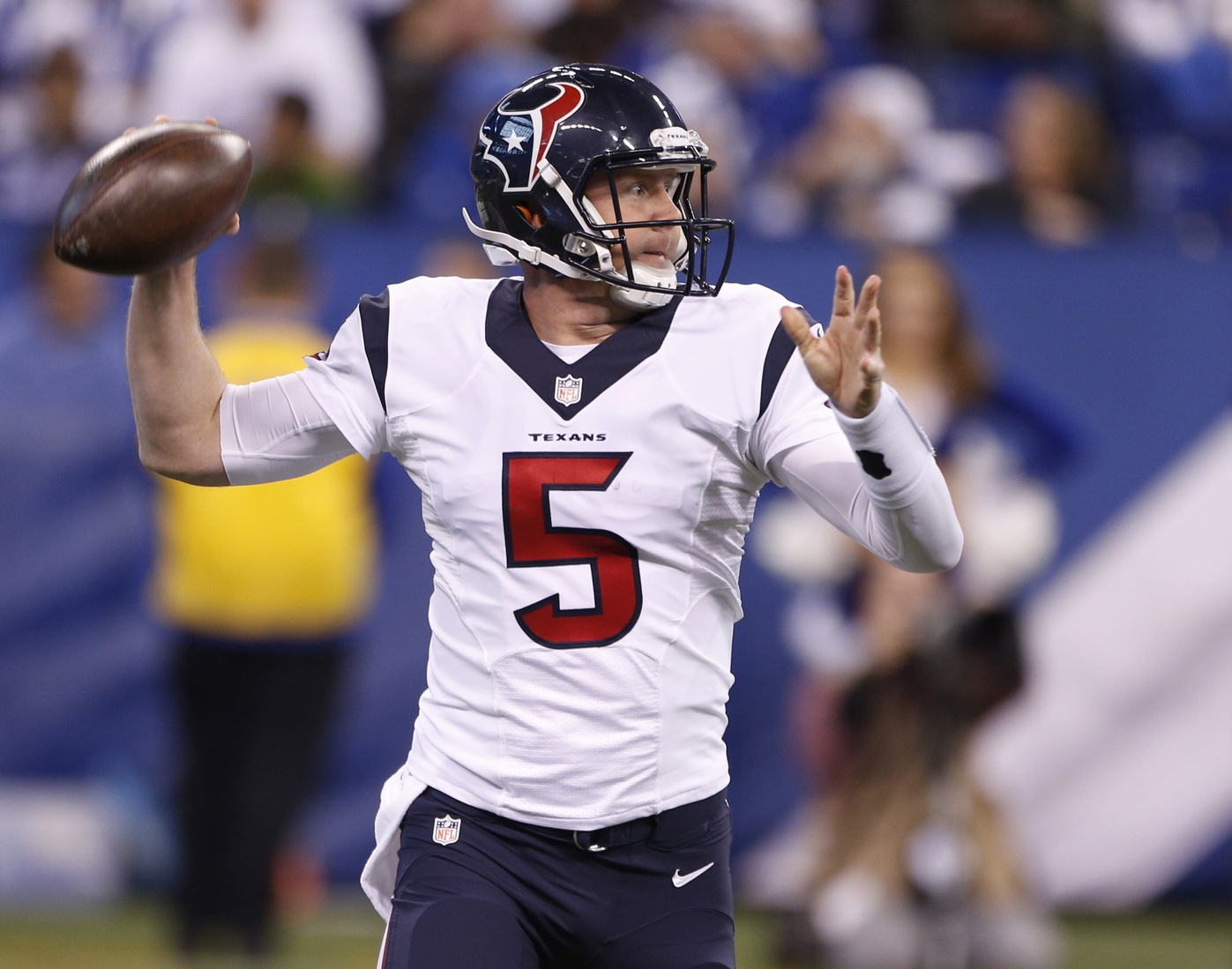 Weeden’s track record in the NFL is anything but stellar. Perhaps being a first-round quarterback pick by the Cleveland Browns in 2012 doomed Weeden from the start.

In his rookie season, Weeden passed for an unimpressive 14 touchdowns and 17 interceptions, finishing with a 5-10 record. After four years, nothing much has improved in Weeden’s game.

After two uneventful seasons with Cleveland, Weeden was signed to back up Tony Romo in Dallas in 2014. Unfortunately in 2015, he was called to duty when Romo sustained a broken clavicle. He started in Weeks 3-5, and the Cowboys lost each game.

This was Weeden’s opportunity to prove his value to the Cowboys and he chucked it away. As a result, owner Jerry Jones had this to say about his former backup.

On @1053thefan, Jerry Jones says that Matt Cassel would have won the games that Brandon Weeden lost.

Weeden was eventually released in order for the Cowboys to make room for Romo’s return. The Texans soon acquired him from the waiver wire late in 2015. At this time, he sits at third string on Houston’s roster.

Keenum has some experience gained from playing with the Houston Texans and Rams from 2012-2015.

But it’s been a mixed bag. He has a career 5-10 win/loss record and has completed an average of 56.7 percent of his passes. Between him and Foles, they tanked the Rams passing game into the ground when it ranked 32nd in the league last year. Keenum was slightly better than Foles, though hardly worthy of being fantasy football material.

Clearly not sold on Keenun, the Rams gave up the farm (details here) to select California quarterback Jared Goff No. 1 overall in the 2016 NFL Draft.

Keenum started training camp as the No. 1 passer, but both quarterbacks compete during training camp. Goff is sure to see playing time, and it could be that he takes the job before the start of the season.