Eight MLB stars that will be traded in 2017

The trade deadline is still more than a month of away, but we’re not far from the heat of baseball’s trading season. Which MLB stars are likely to be on the move in 2017?

The Giants and Mets have gone from the National League Wild Card Game in 2016 to two of the most disappointing teams in baseball in 2017. Suddenly they’re in sell mode, but who’ll be on the move?

The Royals faced those teams in consecutive World Series in 2014  and 2015. Which of their stalwarts is most likely on the move?

Relievers are often moved around at the trade deadline, Who will teams in need of a bullpen upgrade look to land?

What MLB stars are going to be moved during the 2017 season, and where should we expect to see them land? 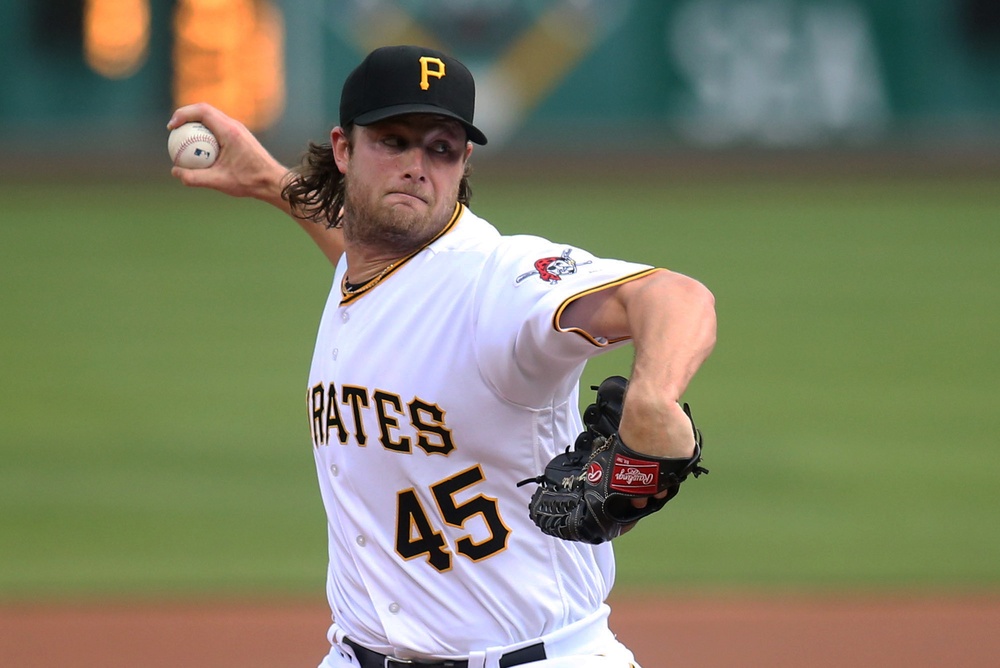 Look for some heavy hitters to be in pursuit here.

Nick Cafardo of The Boston Globe has reported that the Houston Astros are “very interested” in Cole. John Harper of NY Daily News has also suggested that the New York Yankees might be looking to make a deal.

For the record, the Astros have three prospects ranked in MLB’s top 50, while the Yankees have four.

Admittedly, there’s some cold water that has to be poured here. Jon Heyman of FanRag Sports quoted a “Pirates Insider” discussing Cole, saying “We’re not in any rush. I don’t think we’re there yet.”

But those two teams can generate a heck of a bidding war. Another one that should be watched out for is the Los Angeles Dodgers, who need some front end rotation depth behind Clayton Kershaw.

Even if we limit the pursuit to just these three teams, that gives us three organizations with some of the best young players and prospects in baseball.

At some point, one of them is likely to come up with a deal that the Pirates simply can’t refuse.

If Neshek is still on the Phillies after the trade deadline, a handful of MLB executives did not do their jobs. Neshek is a pending free agent, and if the Phillies aren’t the worst team in the league, they’re darn close.

Philadelphia’s front office should be looking to land even more young players and prospects. Trading Neshek can help with that.

At the same time, literally every MLB contender should be lighting up Matt Klentak’s phone trying to get Neshek on board for the pennant race and playoffs.

Teams like the Washington Nationals and Minnesota Twins are obvious. They’re contenders with genuinely bad bullpens. But in truth, even if you have a great bullpen, Neshek should be a target. If nothing else, if he’s on your team, he won’t be going against your team’s best hitters in the playoffs.

Handing out grades of offseason acquisitions on Phillies Pregame Live at 7.

Spoiler: Giving Pat Neshek an A+ for these reasons. pic.twitter.com/EXFpZ0iCgl

If the Phillies like Neshek, they can try to bring him back in free agency after the season. But he needs to be moved at the deadline, if not well before. 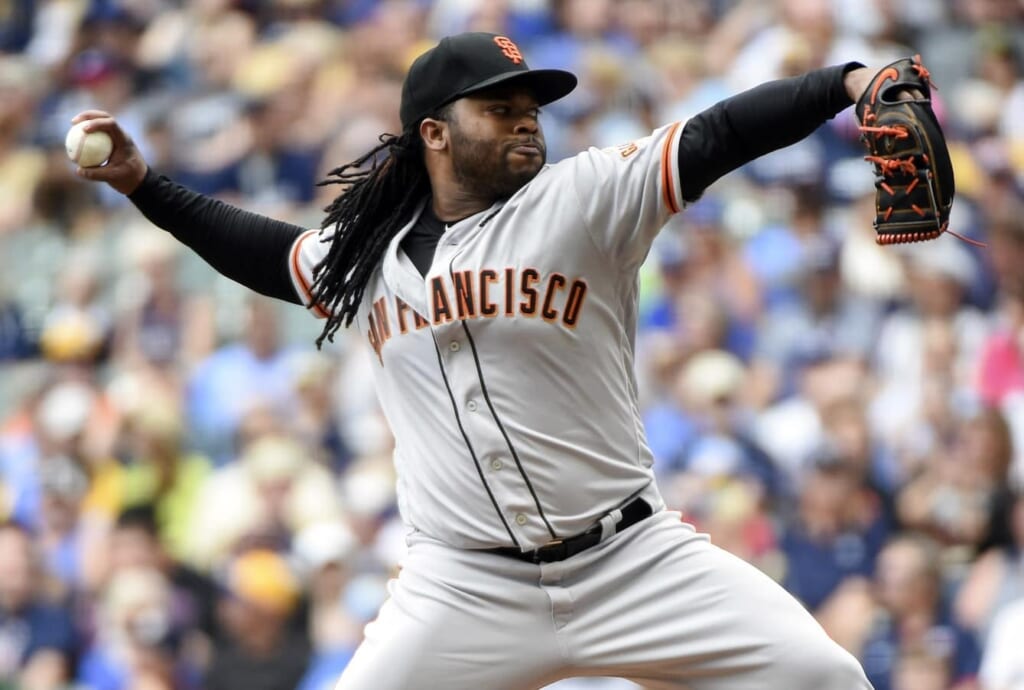 The writing is on the wall that Cueto’s time in San Francisco is coming to an end. He can opt out of his contract at the end of the year and said in April that he wanted to finish his career in the American League. Additionally, the Giants are well out of the playoff race and should be looking to deal anyone not likely to be with the team long term.

So, which teams should be looking to pursue Cueto?

Well, as is the case with relievers, a team can never have too much starting pitching during the pennant race and into the playoffs. So, any team that really fancies itself as a contender should consider Cueto.

Given’s Cueto’s stated interest in playing in the American League, a junior circuit team would make sense. The Cleveland Indians are one team that comes to mind, but there are others. San Francisco is razor thin in the outfield, so teams with outfield prospects should be calling the Giants’ front office.

We know that Cueto can be valuable in this role because he’s done it before. In 2015, he was traded to the Kansas City Royals. While his time in Kansas City wasn’t always great, he did come up with a huge start in Game 2 of the World Series, helping the Royals win the World Series.

Contending teams around baseball owe it to themselves to see if Cueto can do the same for them in 2017.

Entering 2017, Alonso represented one of the worst trades that the A’s have made under Billy Beane’s watch. But for the first two plus months of the season, he’s given Oakland’s front office a chance to redeem itself.

Alonso is putting up genuine All-Star numbers, slashing at .295/.389/.660 with 16 home runs. If history is any indicator, his time in Oakland is coming to an end.

Like so many others listed here, Alonso is a free agent at season’s end. Beane and the Athletics’ front office generally doesn’t miss any chances to sell high on a player. This is especially true when the player in question is a pending free agent and the A’s are out of any playoff race.

So, where might Alonso go? Well, the Yankees jump right off of the page.

New York’s first basemen are slashing a combined .176/.283/.327 with seven home runs. Minnesota Twins first basemen have a decent slash line (.292/.364/.444) but have only six home runs. Both of those teams are in contending position. They’re also both in the American League, so Alonso could either play first base or DH.

Alonso’s market is by no means limited to those two teams. But they certainly represent good places for Oakland to start.

Given that they’re well out of the playoff race, are a small market team and have a number of pending free agents, the Royals are perhaps the most natural sellers in 2017’s trade market.

The Indians, Detroit Tigers, Yankees and Boston Red Sox all rank 20th in worse in third basemen OPS in 2017. Boston, in fact, is dead last coming in at .588. To indicate how bad that is, the Twins and Colorado Rockies have .583 and .579 slugging percentages at the position.

Moustakas may not be Miguel Sano or Nolan Arenado, but he can certainly help teams that need an upgrade at third base.

On top of all that, it never hurts to add a guy with pennant race and playoff experience. Moustakas has been on two American League championship teams and won a World Series. So, he’s certainly not going to be overwhelmed by any situations. 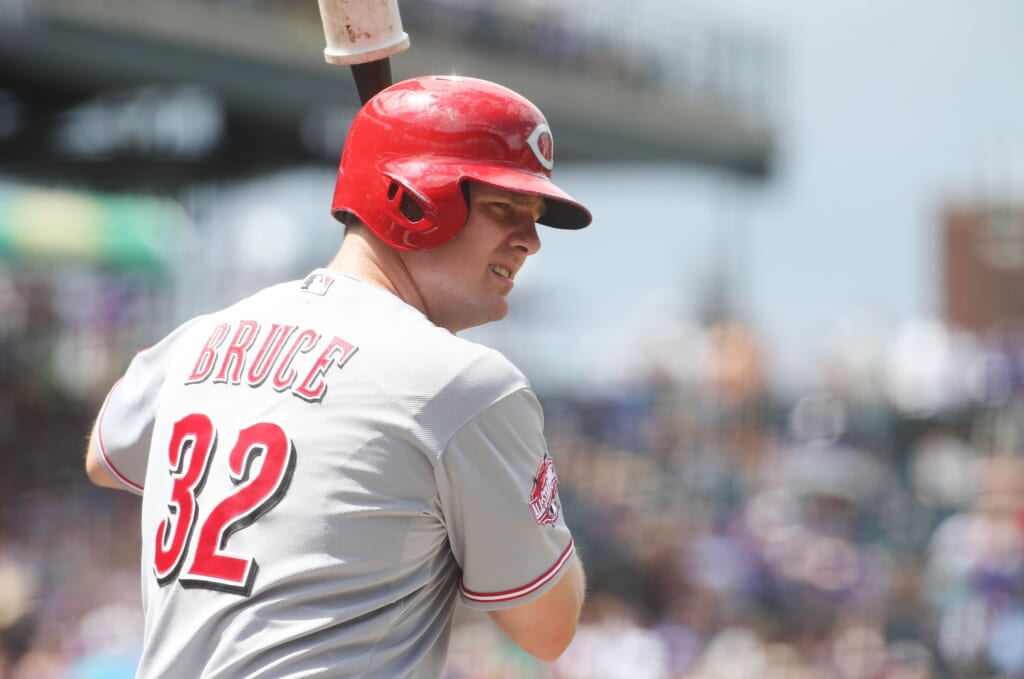 Bruce is having a strong year. He’s slashing at .250/.318/.514, all above his career averages. Of course, any team landing Bruce would be looking for pop. With 15 home runs, Bruce certainly has that.

As is the case with any of these guys, we have to find a good fit. Fortunately, a few exist.

The Twins, Red Sox and St. Louis Cardinals are all 20th or worst in home runs. Both Minnesota and St. Louis are also towards the bottom of the league in runs scored. The Cardinals, in particular, seem to be a good fit.

St. Louis’ right fielders actually have a higher batting average (.252) and OBP (.349) than Bruce. Unfortunately, the right field slugging percentage (.416) is nearly 100 points lower and those players have combined for only nine home runs.

Bruce knows the National League Central well from his days with the Cincinnati Reds. A return to the division may be in order. 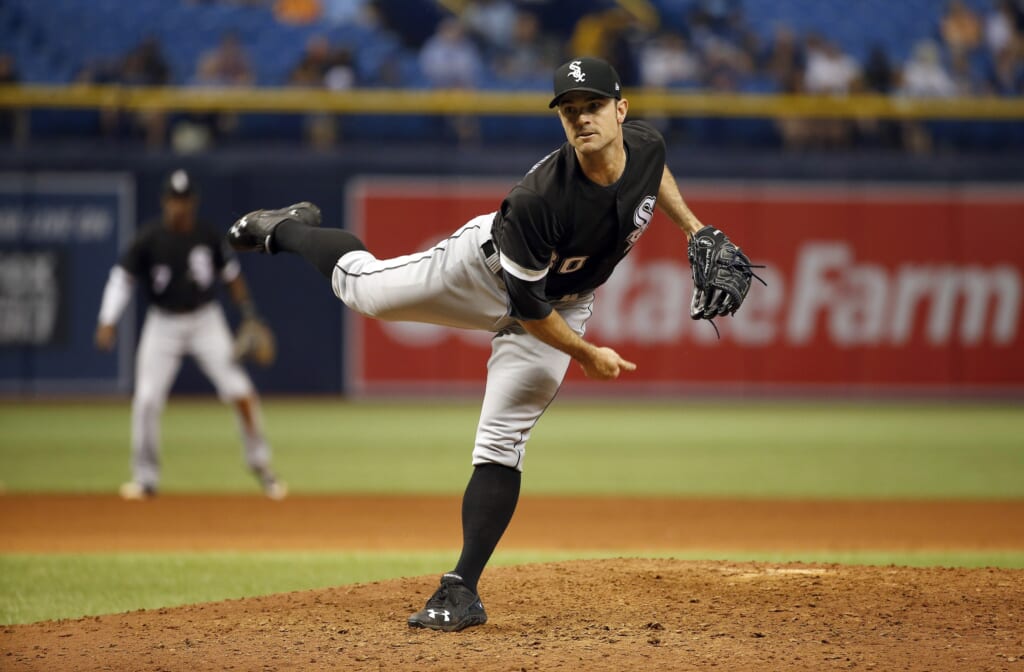 But are the White Sox going anywhere?

Chicago has stayed reasonably close in the American League Central, but that’s mostly been due to the uneven play of teams like the Indians and Tigers. Even still, the White Sox are in dead last and five back.

Robertson isn’t unlike Neshek. Relief pitching is an asset that every team should pursue. It’s impossible to have too much coming out of the bullpen. Robertson has been primarily a closer in recent years, so the best destinations would be the teams that need help at the end of the games.

The Nationals come immediately to mind. The Texas Rangers have done a lot to right the ship after a slow start to the year. Chasing down the stacked Astros in the AL West seems like a pipe dream. But if Texas has any realistic aspirations on earning a wild card spot, Robertson should be a target. The Milwaukee Brewers may not seem like overly realistic contenders, but they remain in first place in the National League Central. If that’s going to be sustained, late inning bullpen help is a must.

Look for plenty of teams to be in Robertson before the deadline. One of them will find the right deal.

In the same article we cited in regards to Cole, Cafardo wrote of the two-time All-Star, “the Marlins would surely part with him if there are takers at the deadline.”

Gordon hits for essentially no power but has a decent bat, as his .278/.329/.348 slash line suggests. The real damage comes when Gordon gets on base.

He already has 19 steals and has stolen as many as 64 bases in his MLB career.

Finding a fit with Gordon is tricky.

The Astros come to mind as a team that could use that speed. But with Carlos Correa and Jose Altuve up the middle, Houston would have nowhere to put Gordon. Rougned Odor has struggled for the Rangers in 2017. But he’s too young and promising to think that Texas would try to replace him.

So, we have to look beyond the classic buyers.

That’s where the Los Angeles Angels come in. First of all, the Angels could use Gordon in 2017. No, they’re not going anywhere. Still, the production from the second base position (.175/.258/.289) has been anemic.

Additionally, this move wouldn’t be made just for 2017. Gordon is under contract through 2021. He’s not cheap, but the Angels could afford him. Also, if Miami would “surely part” with Gordon, chances are that he won’t cost too much in terms of trade assets. So, Los Angeles’ lack of a strong farm system isn’t such a big deal.

Gordon could thrive getting on base in front of guys like Mike Trout and Albert Pujols. He would also help add depth to the lineup, something the Angels really need if they’re going to do anything significant during Trout’s prime years.