Sometimes, it’s difficult to predict who those guys will be. But with all of these players, the warning signs are there.

Three starting pitchers make our list. Two have won a Cy Young Award, one has won a regular season MVP, while another has won a World Series MVP. But despite their accomplishments, there’s reason to be concerned. Three of the hitters on our list have also won an MVP. Two would seem like nice bounce back candidates if we look quickly. But looking deeper, we’re less than convinced.

No matter the reasons, we’re expecting a drop in 2017.

Kershaw is a lot of things. He’s a three-time Cy Young Award winner, one-time league MVP, and genuinely one of the best pitchers that the game has ever seen. Regardless of what he does from this point on, he’s got a spot in Cooperstown booked five years after his retirement. Those are the positives. There are some negatives, though.

In each of the last two seasons (and in three of the last four), Kershaw has spent a good portion of the year injured. He’s remained effective when on the mound. Still, we don’t like seeing injuries start to become a recurring theme of a pitcher’s career as he gets close to 30, which Kershaw will be on Opening Day.

Additionally, Kershaw allowed 23 home runs in 2017. Home runs allowed can be an overrated stat when looking at a pitcher’s potential decline. But that usually applies to pitchers who have had issues finding the strike zone. If they’re walking fewer hitters, they may be allowing fewer total runs on the home runs allowed, even if they’re surrendering more of them. But the strike zone has never been an issue for Kershaw. In fact, the rest of his 2017 rates generally held serve (or were even slightly worse) than what we’d grown used to seeing.

So, it’s easier to look at the home run rate and think that hitters are just seeing Kershaw better. For a pitcher who’s battled injuries and is turning 30, that’s alarming. No, we’re not expecting Kershaw to completely tank. But we do think a noticeable dip is coming. 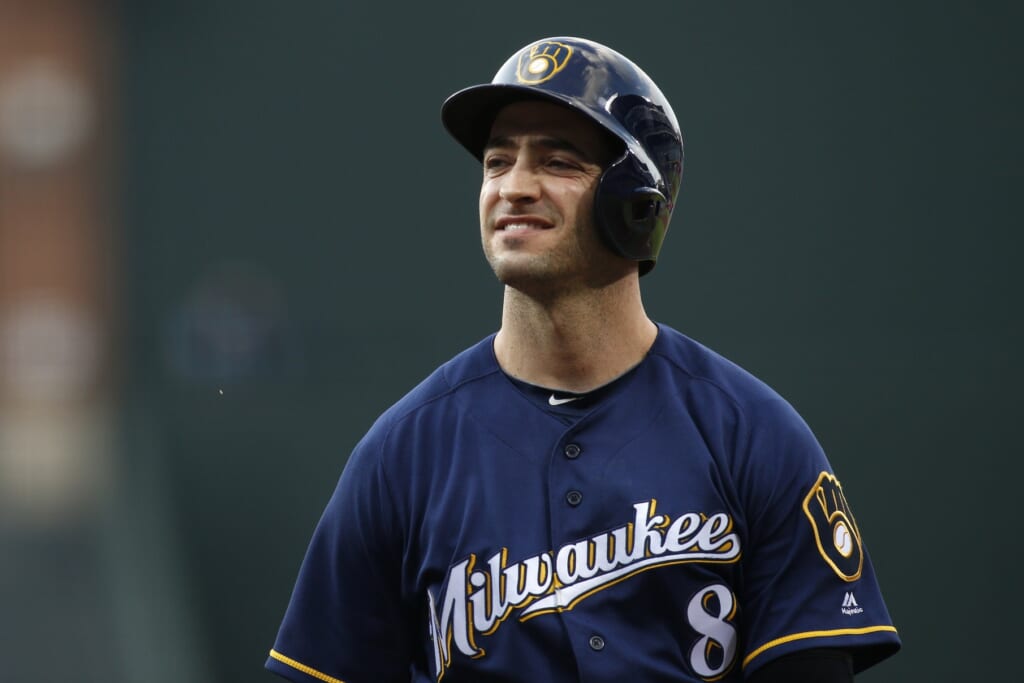 While he’s dealt with a lot of injuries in recent years, Braun has remained an effective player into his 30s. But a combination of things leads us to think that a bigger drop is coming in 2018.

Age is a big one. Braun is 34 now and his production levels did take a slight hit in 2017. But the biggest issue now is playing time.

Even with star prospect Lewis Brinson gone, the Milwaukee outfield is absolutely stacked. Lorenzo Cain and Christian Yelich are going to be every-day players. The Brewers didn’t acquire them in the offseason simply to platoon. Domingo Santana is coming off of a 30-home run season and is nine years younger than Braun. Even if Santana is traded (a possibility), Braun will still have to vie for playing time with Keon Broxton, by far Milwaukee’s best defensive outfielder. That doesn’t even consider Brett Phillips, one of the team’s top prospects, who’s close to being ready for the majors.

Even moving someone to first base is less than plausible. That would displace Eric Thames, coming off of a very good year.

In order to get significant playing time, Braun is really going to have to turn back the clock to his prime years. He’s remained productive in recent seasons. But not that productive. He’s in line for a drop in playing time and production.

Davis has been one of baseball’s best relievers for the last four seasons. But we’re a bit concerned that he won’t carry that in to 2018.

The first thing we’re concerned with is Davis’ 2017 home/road splits. In 2017, he had a 1.46 ERA and 1.03 WHIP at home, while he posted a 3.74 ERA and 1.34 WHIP on the road. This is notable, of course, because Davis won’t be calling Wrigley Field home anymore. We’d be willing to overlook if he was going to a more pitcher-friendly park. But as we’ll get to shortly, that’s not the case.

Secondly, we’re concerned with the first half/second half splits. While Davis’ Cubs coasted through the first half of 2017 and turned it on after the break, Davis went in the other direction. His second half ERA (2.83) was more than a full point higher than his first half mark (1.80), while his WHIP also went in the wrong direction (1.00 in the first half, 1.29 in the second). Perhaps as troubling is that his K/9 also dipped, going from 12.9 to 11.3. 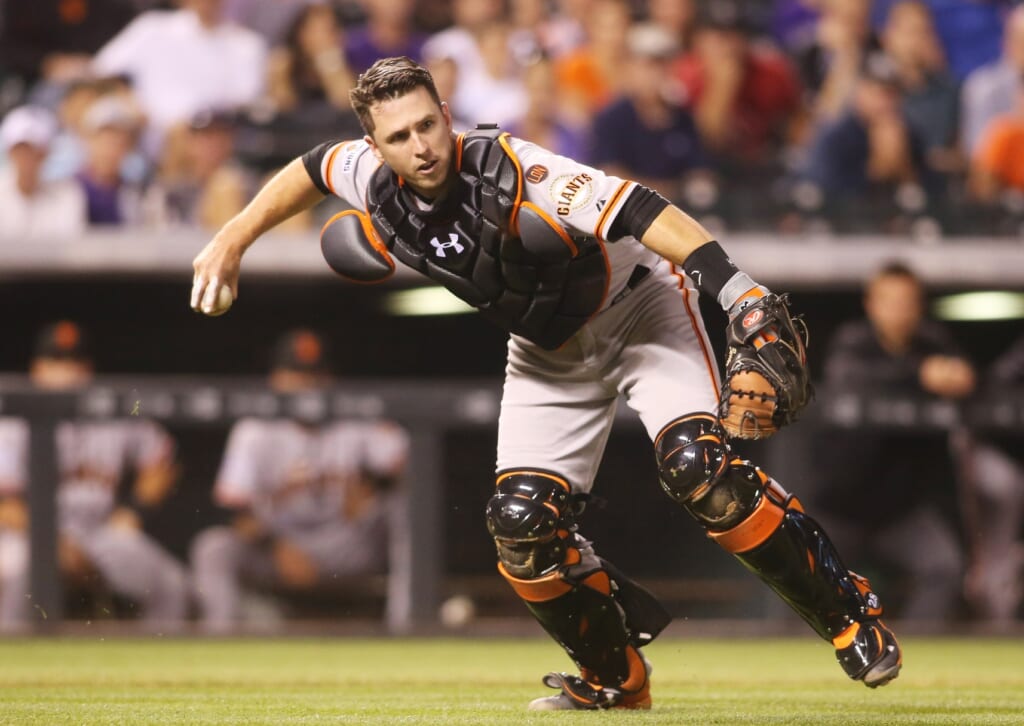 In 2012, Posey won the National League MVP. He hit 24 home runs and homered in every 22.1 at-bats, both career bests. But since then, the power has generally dropped.

That is just not what you want to see out of a catcher who’ll be 31 on Opening Day. By and large, it hasn’t impacted Posey’s average. He hit .320 in 2017, the second worst total of his career.

But it’s only a matter of time before the drop hits him more across the board. The catching position just takes it out of you quicker than any other.

Sabathia had a nice season in 2017, earning himself one more year in pinstripes. He posted a 3.69 ERA and 1.27 WHIP, his best year since 2012. But really, therein lies the problem.

From 2013-2016, Sabathia posted a 4.54 ERA and a 1.38 WHIP. So, we have to ask ourselves a question. What are we taking more seriously? One nice year, or the four mediocre ones that came before it? In the case of Sabathia, we’re going with the latter.

First of all, simple math tells us that four is greater than one. If a team loses a best-of-seven series in five games, we’re going to assume that it was the inferior team, no matter how impressive the one win was. The same basic idea applies here.

Secondly, while Sabathia’s ERA and WHIP were his best in five years, his K/9 rate dropped. Additionally, Sabathia’s line drive rate was higher than it was in previous seasons. Sometimes, improved overall numbers with a decrease in strikeouts can be attributed to a pitcher becoming more wily. There’s no doubt that applies to Sabathia to a degree. But the line drive rate suggests that a lot of the loud contact he allowed was finding gloves. That’s not necessarily repeatable.

Finally, Sabathia will be 38 in July. If he was still in his late-20s or early-30s, we’d be a little bit more inclined to buy 2017’s revival. But when we consider his age along with everything else, it gets a little harder to buy Sabathia keeping it going in 2018. 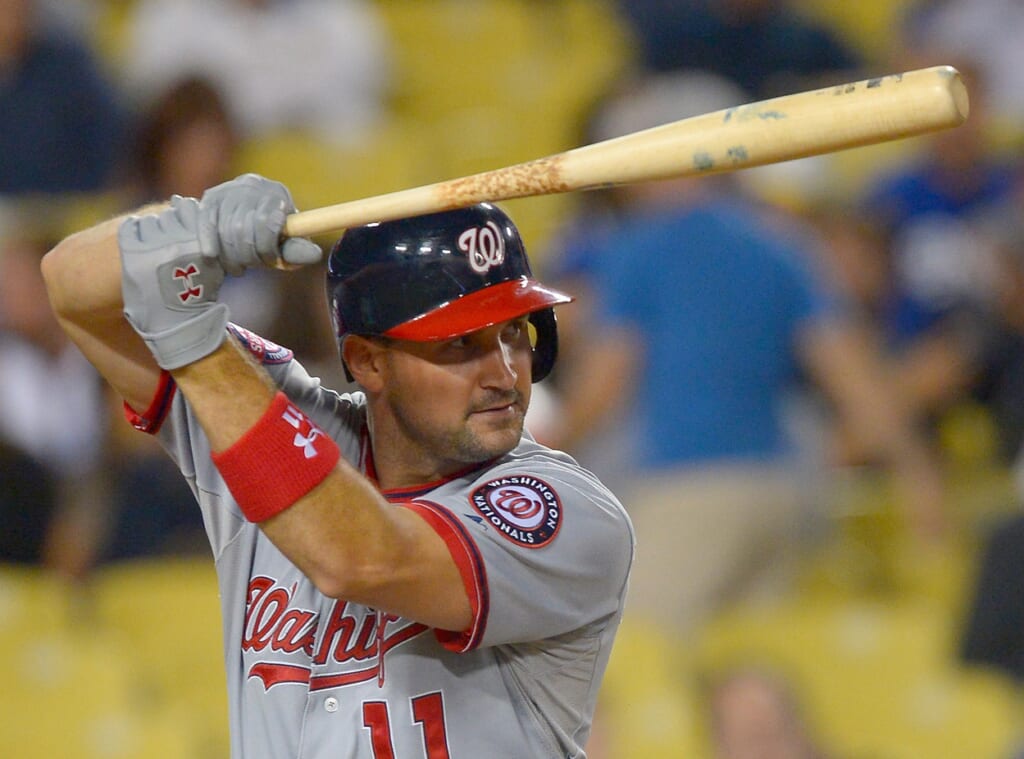 We normally wouldn’t look at a player playing 144 games in a season as anything special. But Zimmerman playing anywhere near that number came out of nowhere. Over the previous three seasons, he had played in 61, 95, and 115 games. Now, he’s entering his age 33 season.

Frankly, it seems hard to believe that a player at this stage of his career will continue to avoid the injury issues that plagued much of his prime. Because of that, we’re expecting a noticeable dip in productivity from Zimmerman.

Hamels has been one of baseball’s best pitchers for a decade. But we really can’t get too excited about his outlook in 2018.

As is the case with so many players we’ve talked about, the drop is troubling enough. The drop, combined with the fact that Hamels is now 34, is really concerning.

By and large, Hamels did okay for himself in 2017, despite some of his peripheral numbers dropping. But as he’s now deeper into his 30s, we’re having a harder time seeing that continuing. 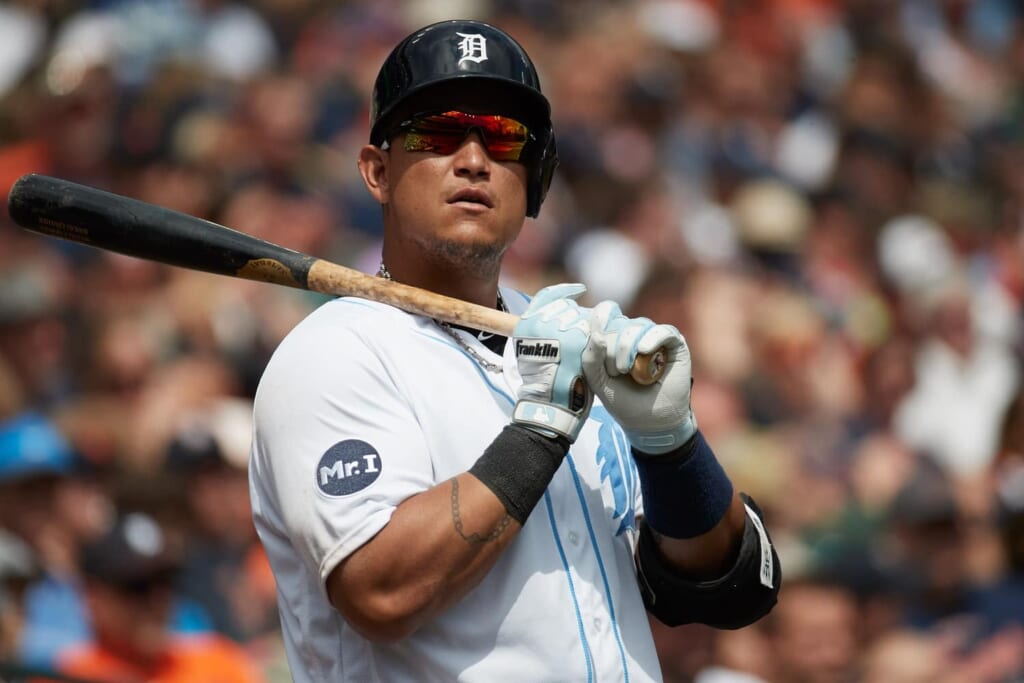 At a glance, Cabrera, one of the best hitters of his generation, would seem like a nice bounce-back candidate. Sure, he struggled in 2017, but Cabrera had been one of baseball’s best hitters for the previous decade. We can’t write him off after one bad year, right?

Well, it’s not that easy.

First of all, Cabrera is on the wrong side of 30. Actually, he’ll turn 35 in April. But age isn’t really our concern here. No, we’re more concerned with his Cabrera’s motivation.

His body language just seemed off in 2017. Too often, it looked like Cabrera was just not as invested as he had been in previous years. Really, it made sense. The Tigers lost 98 games and were never in contention. If you’re a 34-year-old who’s already built a Hall of Fame resume, it’s easy to go through the motions while playing for a bad team.

The problem now is that Cabrera is a year older and still playing for a bad team. If the motivation wasn’t there in 2017, why should we believe that it will be there in 2018?

Now, one possible caveat here is a potential trade. Cabrera’s 10-and-5 rights would mean that he’d have to accept any trade. But we’re not really worried about that. That said, he’s owed $30 million a year through 2021 and $32 million in 2022 and 2023. Would a contender be willing to take that on? Would the rebuilding Tigers be willing to eat some of that money so Cabrera could play for another team?

The situation is less than ideal. As such, we’re not expecting a bounce back from Cabrera. If anything, we’re expecting a continued dip.