Super Bowl LI is set. The Atlanta Falcons will take on the New England Patriots. Over the next two weeks, plenty of attention will go to those two teams. But two others played on NFL Championship weekend.

They get our attention here.

What went wrong for the Green Bay Packers? Who failed to step up, leading to the embarrassing 44-21 final?

Which Pittsburgh Steelers are most responsible for losing the franchise moving to 0-3 against Tom Brady and Bill Belichick in AFC Championship Games?

Who were the eight biggest goats of NFL Championship weekend?

The showdown between the Packers’ defensive coordinator and Falcons’ offensive coordinator Kyle Shanahan was about as competitive as George Foreman’s first victory over Joe Frazier. Capers couldn’t do a thing to make Atlanta’s offense even blink in this complete demolition.

Matt Ryan was 27-for-38 for 392 yards with four touchdowns, zero interceptions and a passer rating of 139.4. He even added a 14-yard touchdown run, which you can see here.

The Falcons gained 493 yards, picked up 30 first downs, didn’t turn the ball over once and only had to punt twice.

Let's check in on the Packers defensive game plan pic.twitter.com/0CGzvGDLVx

Of course, opposing offenses burning Capers in a playoff game is nothing new.

In the interest of fairness, we have to point out that Green Bay won a Super Bowl in 2010 with Capers. But if we eliminate that year, his success as the Packers defensive coordinator in the playoffs has been minimal.

In the 12 other playoff games where Capers coordinated the Green Bay defense, opposing starting quarterbacks have completed 60 percent of their passes for 3,450 yards with 27 touchdowns, 12 interceptions, and a 96.2 rating.

Mind you, those numbers include a completely bland performance from Joe Webb and a terrible game from Russell Wilson. They also aren’t remotely hurt by Colin Kaepernick’s 181 yards and two touchdowns on the ground in the 2012 Divisional Round.

Just like the Super Bowl win, those games are a part of his resume.

Ryan is a stellar quarterback and the Atlanta offense is potent. But from start to finish, the Packers resembled a hockey team on a five-on-three penalty kill, not an NFL team playing for the NFC Championship.

Capers might have been a championship caliber defensive coordinator at one point, but those days are long gone. 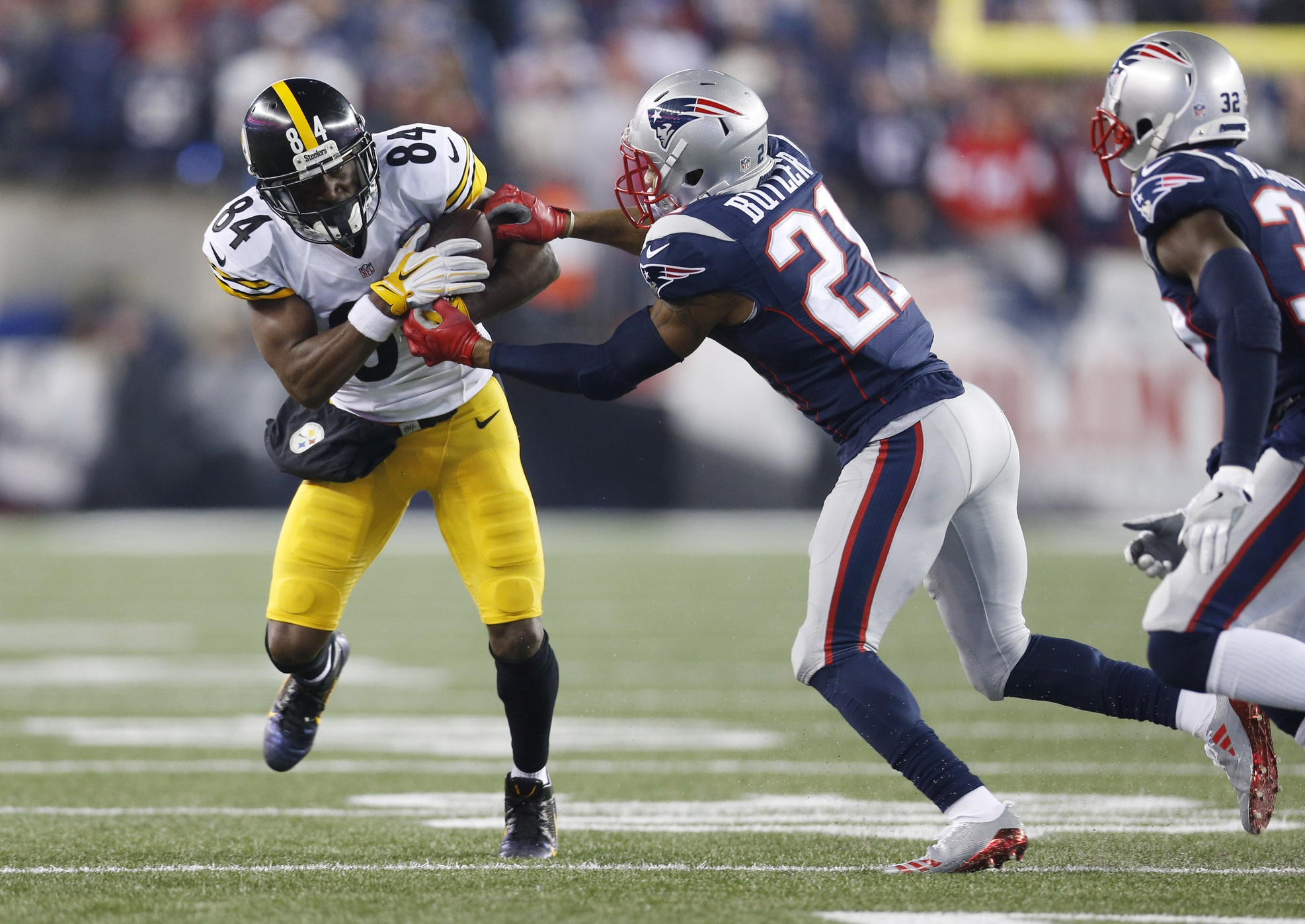 Brown had a bland statistical game, catching seven passes for 77 yards. But in this case, even those numbers are painfully deceiving.

The majority of Brown’s stats came against a soft zone, late in the game when the outcome was no longer in doubt. When the game was on the line, Brown couldn’t do a darn thing.

We’ll never know what kind of impact Brown’s famed Facebook stream had on his performance on Sunday. His coach certainly did not like it. Much like Odell Beckham Jr.’s famed boat trip, it’s going to be talked about.

This was the biggest game of Brown’s career. With an early injury to Le’Veon Bell, it was important for Brown to step up and be his team’s biggest playmaker.

He couldn’t make that happen. Really, he couldn’t come all that close.

Tom Brady was 32-for-42 for 384 yards with three touchdowns and no interceptions. As great as those numbers are, we can’t be too surprised. It’s no shock when a quarterback as great as Brady has a big game in a big spot.

What is surprising is how easy Pittsburgh’s defensive secondary made it on him.

Perhaps Chris Hogan and Julian Edelman have bad B.O. It’s about the only thing that can account for how open they were all game.

Brown and the offense didn’t really hold up their end of the bargain, either.

But even if they had, scoring more than 36 points against Bill Belichick’s defense was going to be a tall task. The defense had to do something to limit New England.

Like Brown, the defense’s effort wasn’t close to being good enough. 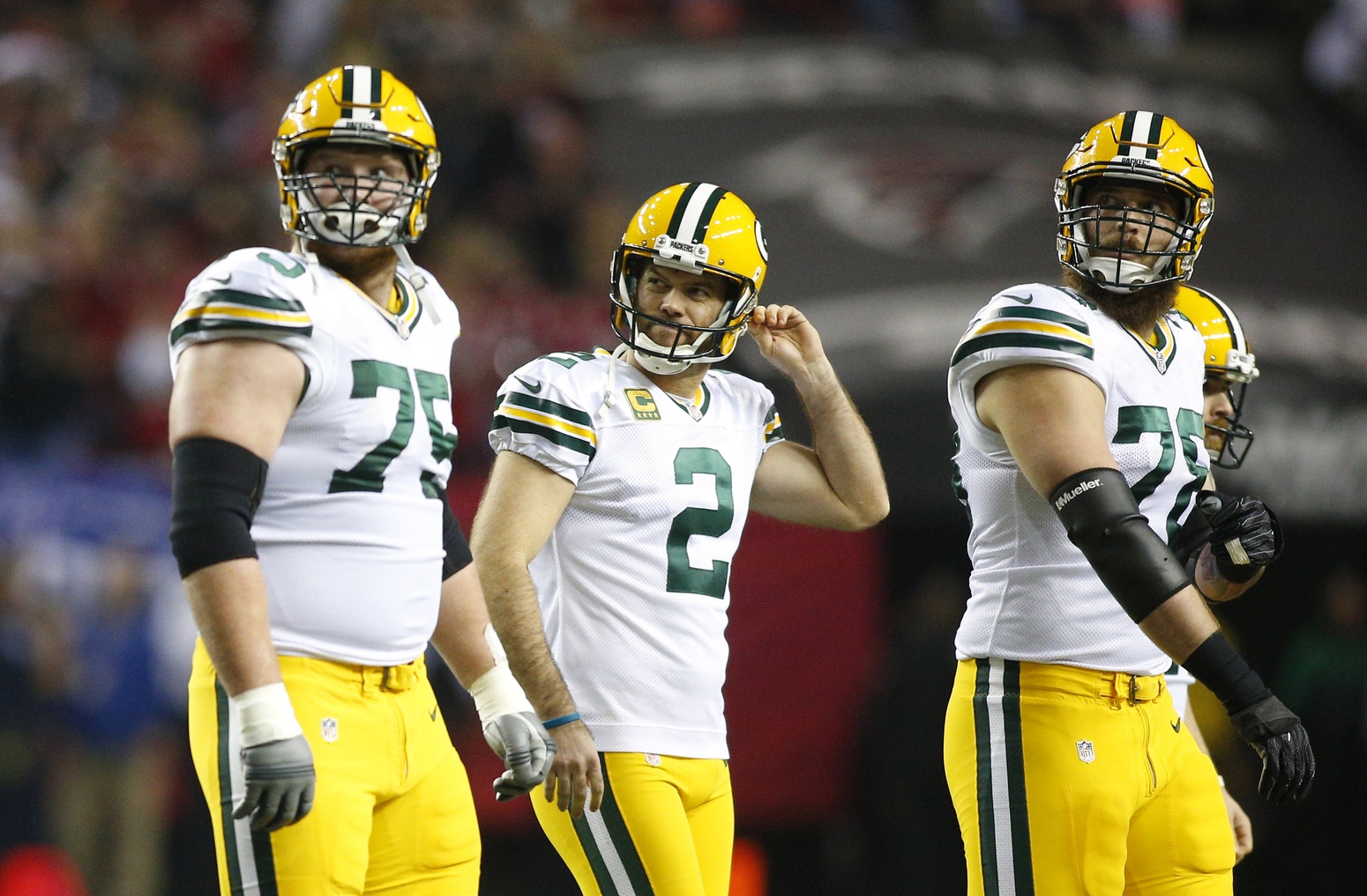 It may seem harsh to focus too much on a missed field goal in a 44-21 blowout. But in this game, it’s appropriate.

Without much imagination, this game could have been 10-10 after each team held the ball twice. Green Bay’s second possession ended on an Aaron Ripkowski fumble deep in Atlanta territory (more on that later). It’s first possession yielded no points when Crosby missed a 41-yard field goal.

A 41-yarder in a dome needs to be made. Given that the Falcons opened the game with a touchdown drive, the Packers had to answer with something. That didn’t happen.

One was Crosby’s record for most consecutive kicks made in the playoffs. That streak stopped at 23. Crosby was also the first kicker to miss a field goal in the playoffs. Prior to his kick, kickers were 33-for-33.

It goes to show how much things can change in one week. Crosby was the hero of Green Bay’s Divisional Round win over the Dallas Cowboys, making two field goals longer than 50+ yard kicks in the final minutes.

The Packers offense was moving quite well on its second possession of the game. The Falcons were up 10-0, but Green Bay marched down the field and appeared ready to score a touchdown.

That all came crashing to a halt when Jalen Collins ripped the ball out of the hands of the normally sure handed Ripkowski. Collins then fell on the ball resulting in a rather curious spot. You can see the whole play here.

Atlanta took advantage of the turnover on the following possession, which ended on Ryan’s touchdown run. That put the Falcons up 17-0 and really ended the game.

Who knows what happens if the Packers score there instead of losing the ball on the fumble?

Atlanta outplayed Green Bay by so much throughout the game that the easy answer answer is to say that it only would have only made the game artificially closer. Of course, that may be true.

But that sequence was a potential 14-point momentum swing early in the game. Even in a blowout, that’s significant.

Fumbles are a big no-no for any ball carrier. But for someone like Ripkowski, they’re even worse. He just doesn’t have the speed to make the big plays needed to offset any fumbles. When called on to carry the ball, he has to hold it. Ripkowski couldn’t do that on Sunday.

Brown had a bad game when it mattered. But with Bell out early, Haley had to revise his game plan to get his best player the ball. He had to find a way to free Brown up to get him the ball in space. As the numbers show, Haley couldn’t do that.

Of course, Haley did call for a pass heavy offense, with Ben Roethlisberger throwing 47 passes. Some of that can be attributed to Bell’s injury. But Haley also called far too many passes (and deep passes) in short yardage situations.

Going against the Patriots, the goal of the opposing offensive coordinator should be to keep Brady off of the field — especially when he’s clearly rolling. If that means being conservative in short yardage situations, so be it.

Haley went in the opposite direction. He played into New England’s hands.

Both Haley and Patriots offensive coordinator Josh McDaniels finished the regular season as possible head coaching candidates. McDaniels decided to return to New England, likely upsetting a few teams, especially after Sunday. Haley was never hired. Following Sunday’s loss, plenty of NFL executives have to be quite happy with their decisions to go elsewhere.

As we detailed earlier, Capers had an awful game plan. But even if he drew up a gem of a plan, 21 points was never going to be enough to win this one.

Naturally, Aaron Rodgers is the first place to look. But while we can’t completely exonerate him, we can cut Aaron Rodgers some slack.

The quarterback was 27-for-45 for 287 yards with three touchdowns and an interception that was nothing more than a glorified punt.

The Packers eventually got going on offense, but it took far too long.

They were shut out for the entire first half, not getting on the board until he Falcons held a 31-0 lead. Too much of the 367 yards that Green Bay racked up came in garbage time, as well.

The red zone fumble took early points off of the board for the Packers. The dropped passes contributed towards Atlanta’s 33:39-26:21 time of possession advantage.

The Packers’ offense had to be dominant to have any chance in this one. Instead, the unit played well below its standards, contributing to a blowout loss. 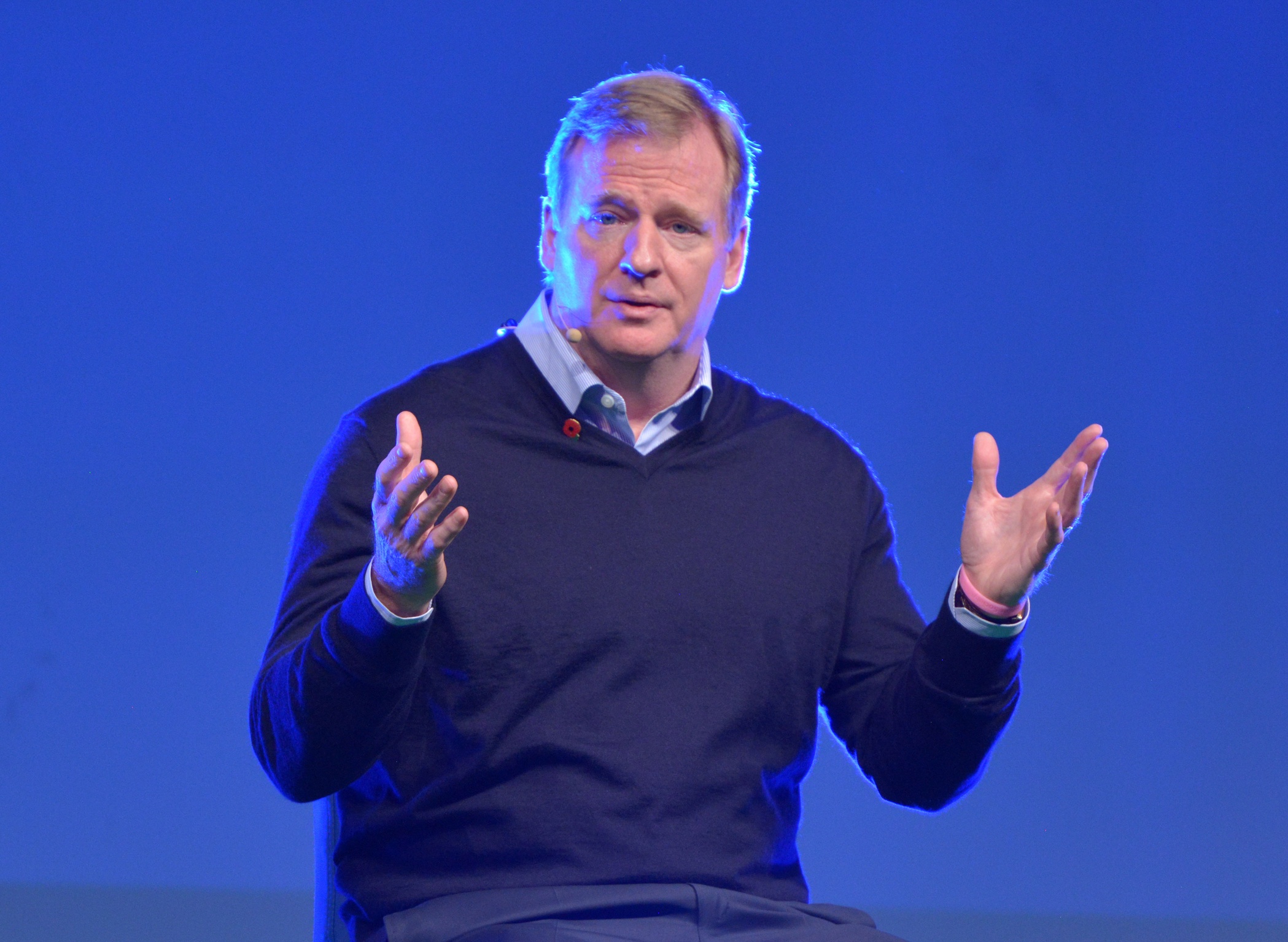 The NFL Commissioner has spent much of the last two years doing battle with the Patriots — namely Tom Brady.

In related news, he hasn’t made his way to Foxborough in that time, either. On Sunday, he made it to Atlanta, but a trip to New England was never in the cards.

It’s not a good look.

Now, Goodell is facing a potentially very awkward scene. Should the Patriots win the Super Bowl, Goodell will be all but forced to share a stage with Brady and Robert Kraft. The awkwardness that’s come from the fallout of Deflategate will only be heightened and could really mar what should be a golden moment.

You don’t have to like New England, but this much is undeniable. For nearly two decades now, that team has always been one of the NFL’s best. Over the last two years, the Pats have played in more than enough big games for Goodell to face the boos and make it to Foxborough.

He’s chosen not to. The commissioner of the NFL has actively tried to avoid one of the NFL’s best teams for two years. Now, he’s got to face the music. Because of that, at least a small cloud may hang over the league’s great showcase.