Eduardo Rodriguez making his way back to the Tigers 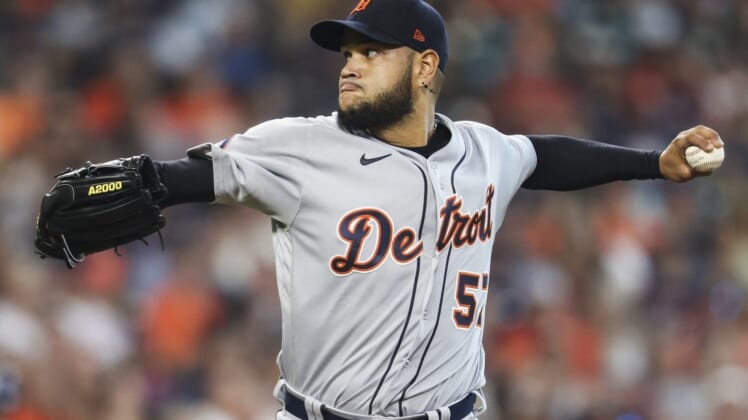 Left-hander Eduardo Rodriguez is ready to return to the Detroit Tigers and could be back in the big leagues by the third week in August, manager A.J. Hinch said Saturday.

Rodriguez has not pitched for the Tigers since sustaining a ribcage injury on May 18. He was set to return from a rehab assignment but was placed on the restricted list on June 13 after he dropped out of contact with the team as he dealt with an apparent marital issue.

He and Hinch began chatting earlier this month, and general manager Al Avila told reporters last Saturday that he also had talked with the pitcher.

“He expressed to me that he’s working hard, his personal situations are being taken care of, and at some point, he’ll be over that,” Avila said. “He’s looking forward to coming back, rejoining the team and helping us win.”

Rodriguez is not getting paid while on the restricted list. He is in the first year of a five-year, $77 million contract he signed last November.