In less than one month’s time, pitchers and catchers will be at their respective camps and MLB spring training will be underway. That makes now a perfect time to look ahead to spring training to see which position battles will be the best to watch.

One thing that must be noted is that much of the MLB hot stove season has been, well, cold. So, while some of the late-signing free agents have found new teams, many are still available. That could greatly impact these races. Then again, these situations are already complicated enough.

As we look ahead to Grapefruit and Cactus League action, these are the top battles to watch at MLB spring training in 2018.

One of the corner outfield spots will be taken by Ryan Braun. With a big contract and no-trade protection, he’d be very difficult to move.

After that, we have Domingo Santana, Keon Broxton, Lewis Brinson, and Brett Phillips fighting for two spots. Broxton is a good outfielder. But he’s likely to be displaced by Phillips or Brinson either by opening day, or in the first half of the season. Santana is coming off of a 30-home run, .278/.371/505 season. He’ll be starting somewhere.

If both Brinson and Phillips thrive, a big trade could be in the works.

Teams looking for outfield help are going to be keeping a close eye on this one.

Truth be told, it’d be a major upset if anyone but Ken Giles was closing for the Astros on Opening Day. He’s coming off of a season in which he locked down 34 games and posted a 2.30 ERA, 1.04 WHIP, and struck out 11.9 hitters per nine innings. But the postseason (11.74 ERA, 2.22 WHIP) was a much different story.

Two questions really jump out for Houston. One, will a rough postseason have a long term negative impact on Giles? While not unprecedented, let’s just say that this is unlikely. While Giles had a rough postseason, he didn’t have to deal with being a goat in the offseason. The Astros won the World Series, anyway.

Two, what other late relievers could challenge Giles if the struggles are permanent? The obvious guys to watch would be Chris Devinski and Will Harris. But Houston also has a deep starting rotation and quality starters will be omitted from it. If Giles struggles, don’t be shocked if one of them (ie: Collin McHugh or Brad Peacock) emerges as a candidate. 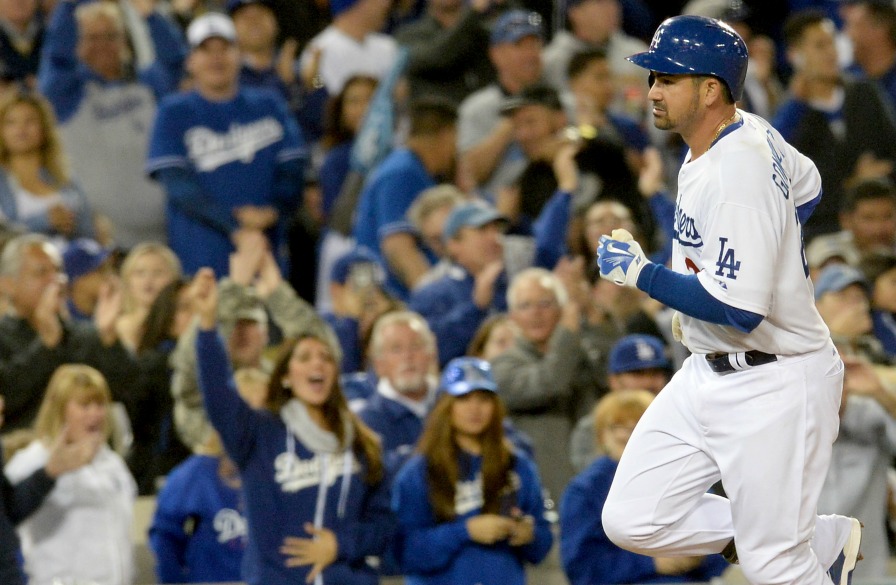 In recent years, Dominic Smith has been New York’s first baseman of the future. He’s held that title with essentially no dispute. But that’s changed in recent months.

The main issue here will be how Smith responds. If Smith bounces back from 2017’s struggles, Gonzalez isn’t going to keep Smith in the minors for long, if at all. But if spring training breaks and it’s clear that Gonzalez is the guy for New York, then Smith’s status as the first baseman of the future will be very much in doubt.

The White Sox have done a tremendous job rebuilding the farm system since the end of the 2016 season. In 2018, we should see a lot of that manifest itself on the big league level, specifically in the starting rotation.

Lucas Giolito, Reynaldo Lopez, Carson Fulmer, and Carlos Rodon all figure to be Chicago starters in 2018. Spring training will also give us a good sense of how far away Michael Kopech is.

If Kopech has his command issues under control, he should be on the MLB roster ASAP. Veterans like James Shields and Miguel Gonzalez just can’t keep an arm that talented down. But all of this starts with a good spring training.

As long as he’s healthy, Joey Votto will be Cincinnati’s Opening Day first baseman. That’s a given. Given that they’re coming off of career years, it’s safe to assume that Scooter Gennett and Eugenio Suarez will also be starting on the infield. Gennett will be at second while Suarez will play either shortstop or third base, depending on how our big battle shakes out.

Jose Peraza has had a bit of a rough adjustment period in the majors. That said, he’s still young and was once one of baseball’s best prospects. So, the Reds should be a long way from giving up on him. Still, Nick Senzel shouldn’t be in the minors for much longer. He backed up his status as one of baseball’s best prospects in 2017 by hitting .321/.391/.514 with a respectable 14 home runs and 14 steals.

If Peraza struggles and Senzel shines, expect Senzel to quickly move to the hot corner, with Suarez manning shortstop. If the opposite happens, Suarez should stay at third and Peraza would hold down shortstop. Should both struggle, Peraza would probably remain at short, since his MLB clock has already started. If both excel, the trade market for Gennett and/or Suarez would get red hot. Certainly, a lot of variables make this an interesting battle. 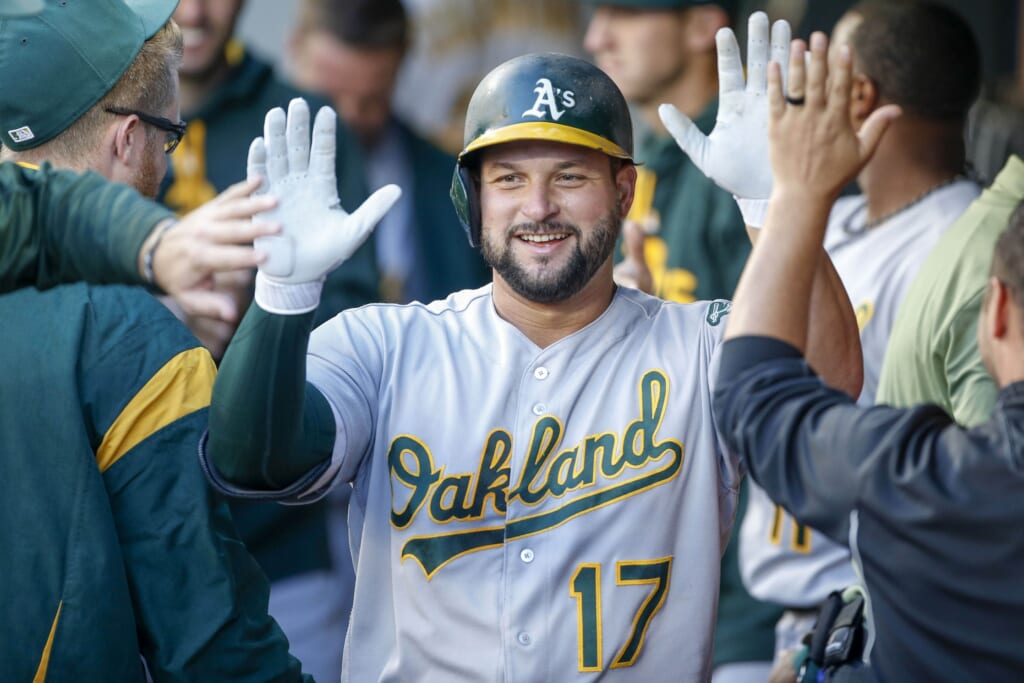 Chances are, Yonder Alonso opens the season at first base for the Indians. But one man worth watching is Bobby Bradley. Playing in AA in 2017, Bradley slashed at .251/.331/.465 and hit 23 home runs in 467 at-bats. That’s some good production. It’s also worth remembering that while Cleveland is one of baseball’s best teams, it’s never been known for keeping a terribly high payroll. A rookie like Bradley would help keep the costs down.

Bradley needs to perform for this to be relevant. The Indians are likely to be World Series contenders in 2018 and they’re not going to go to a struggling rookie just to save money.

But if Bradley does have a big spring training, don’t be surprised if Alonso finds himself on the trade block in 2018.

This is similar to the Astros in that the Diamondbacks were a good team in 2017 with some issues at the back end of the bullpen. But unlike Houston, Arizona doesn’t have a anyone with a sharp inside track to win the job.

At the time of this writing, ESPN’s closer chart lists Archie Bradley, Yoshihisa Hirano, and Brad Boxberger as the closer committee. Of that group, we’d consider Bradley the favorite but unlike with Giles in Houston, nothing is presumed.

Unlike so many of our other battles, there’s no real trade implications for this one. This is simply a matter of one of baseball’s best teams from a season ago trying to lock down a very important element of the game. Arizona could be a playoff team again in 2018. This closer battle will go a long way in making that actually happen. 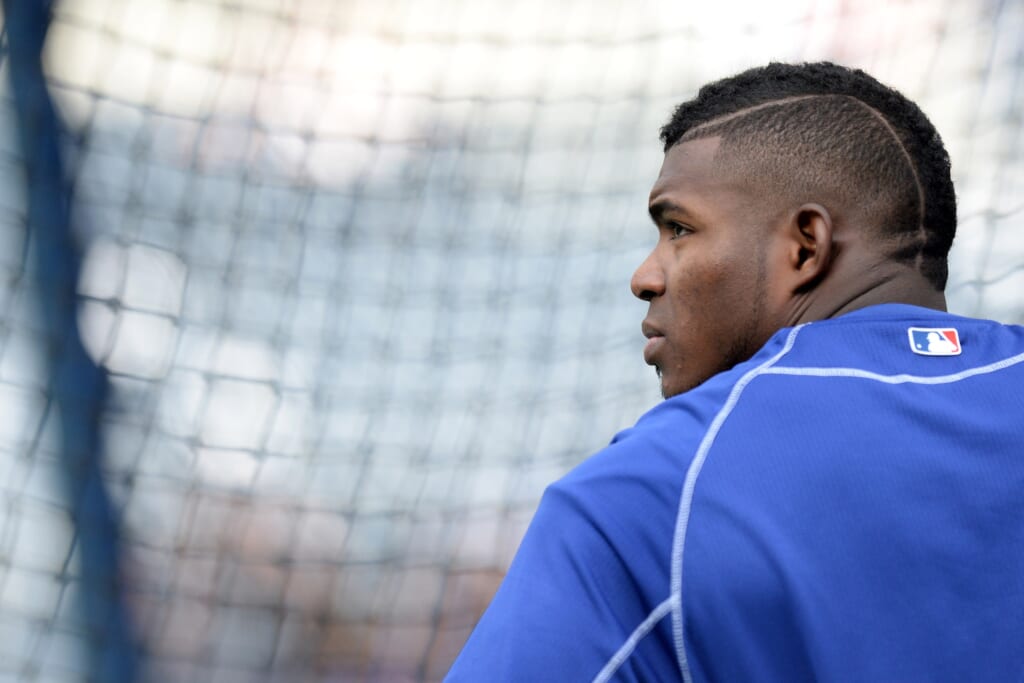 If he’s healthy, Chris Taylor will be at the top of the Dodgers’ starting lineup and most likely will be in center field. The rest of the Los Angeles outfield is much more up in the air, though.

Will Yasiel Puig remain the right fielder? He was a valuable part of the National League champs in 2017. But another way of looking at that is that Puig enhanced his trade value. Other players to watch will be Enrique Hernandez, Joc Pederson, and even Matt Kemp. If Puig does remain in right field, those three will be battling with not only each other, but also prized prospect Alex Verdugo.

As is the case with so many of the other teams, this battle is important for multiple reasons. One is that Dodgers are a certain World Series contender. As such, who plays for them is incredibly important. But if Verdugo wins the battle, a real possibility exists that guys like Hernandez, Pederson, Kemp, or possibly Puig could all become trade bait.

In the Keystone State, it’s fitting that we have a solid battle at second base. This is really a classic battle between a highly capable, yet not spectacular veteran and a talented, but not yet proven rookie.

Cesar Hernandez can man the keystone in Philadelphia. He’s a career .284/.357/.379 hitter who’s stolen 15 or more bases in each of the last three years. But the man we have to assume is more likely to be the second baseman of the future is Scott Kingery. Between AA and AAA, Kingery hit.304/.359/.530 in 2017 with 26 home runs. That’s remarkable production from a position where offense tends to be more scarce or at least, one dimensional.

The Phillies have been rebuilding for a while but now, the pieces are in place for this team to contend again. If Kingery has a good spring, there’s even more reason for optimism.

We have to give Joe Maddon credit. He’s done a brilliant job juggling a crowded outfield for three years now. But with the continued emergence of young players like Albert Almora Jr. and Ian Happ, it’s going to get even harder. As such, this is a hot battle to watch in spring training.

In addition to the aforementioned Almora and Happ, we have Kyle Schwarber and Jason Heyward. That’s four guys battling for three spots — and we’re not even done. With Javier Baez now firmly set as Chicago’s second baseman, most playing time that Ben Zobrist gets will come from the outfield. But coming off of a bad year, the soon-to-be 37-year-old former World Series MVP will have to earn that playing time.

The Cubs have some holes on the roster that need to be filled. The starting rotation is questionable, as is the bullpen. So, they can definitely do something to break up this logjam. But on order for Chicago to get max value in a potential trade, these outfielders will need to all show that they can be an everyday starter in 2018. A good showing in the Cactus League will go a long way towards solidifying that. 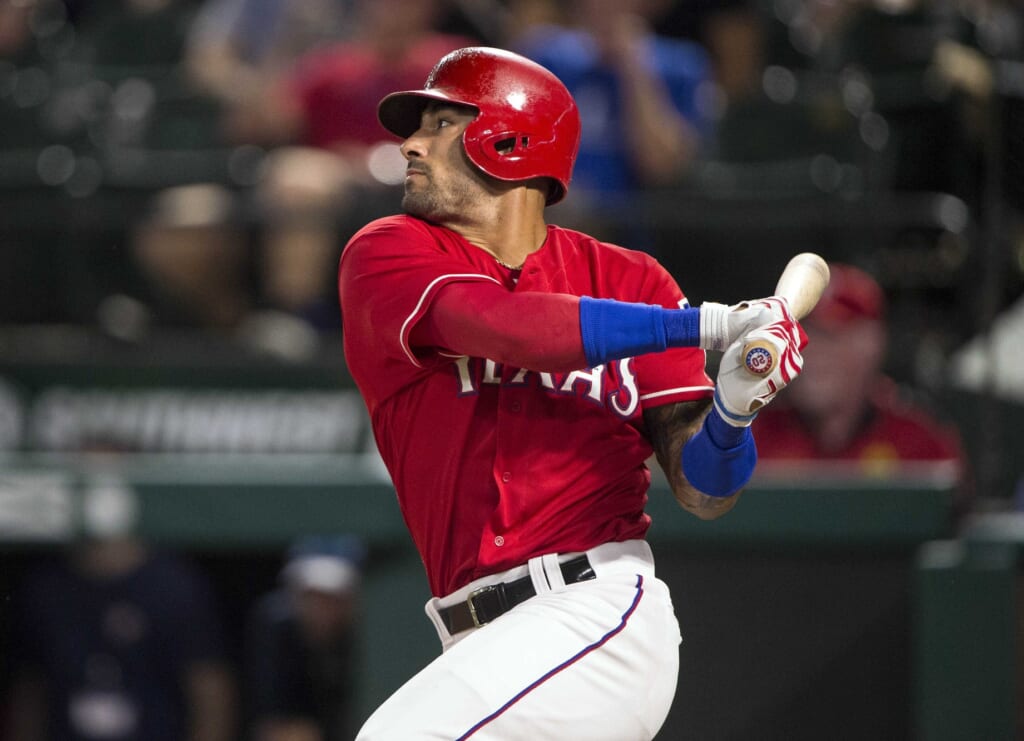 If Nolan Arenado can stand, he’s Colorado third baseman. While not quite that extreme, there’s no doubt that DJ LeMahieu will be at second. The other two positions, however, will draw some attention. Especially when we consider who’s coming up the pipeline in Colorado.

Ian Desmond was effective, but not outstanding in 2017. He also played in only 95 games. He’s the presumed first baseman. Trevor Story definitely has better power than the average MLB shortstop. But he hit .239/.308/.457 in 2017. So, there’s definitely some refining that needs to be done with his offensive game. Both men will more than likely begin the season as starters, but they’re going to have to work to keep Brendan Rodgers in the minors.

Rodgers has absolutely raked over the last two seasons. Between three different levels, he hit .306/.355/.520 with 37 home runs over the 2016 and 2017 seasons. He’s also only 21 and plays the premium position of shortstop. Entering 2018, Rodgers has played in only 38 AA games and no AAA games. So, the Rockies will likely like to get him more experience at the higher levels before calling him up. But if Desmond and Story don’t perform well in the spring, it will not be long before Rodgers is manning shortstop at Coors Field.

Many of the battles that we’ve gone over have trade ramifications. But when we consider the names of the proven veterans and the caliber of young players/prospects involved in this battle, it’s on a different level.

While both will log some time at DH, Aaron Judge and Giancarlo Stanton will be the primary starters in the corner outfield for the Yankees. That’s a given. But in center field, we’ve got Jacoby Ellsbury, Brett Gardner, Clint Frazier, and Aaron Hicks vying for one spot. That’s two solid veterans, and two highly thought of young players.

Trades are likely in the outfield battles brewing in Milwaukee, Chicago, and Los Angeles. But in New York, it’s almost impossible to imagine that one won’t happen. Ellsbury and Gardner aren’t exactly platoon types, while Hicks and Frazier really need the at-bats. When we factor in the need for off days and the likelihood of Judge and Stanton logging time at DH, we can make sense out of two of Ellsbury, Gardner, Hicks, and Frazier breaking camp. Anything more than that is just too much.