Eagles rule out two players for Thursday vs. Texans 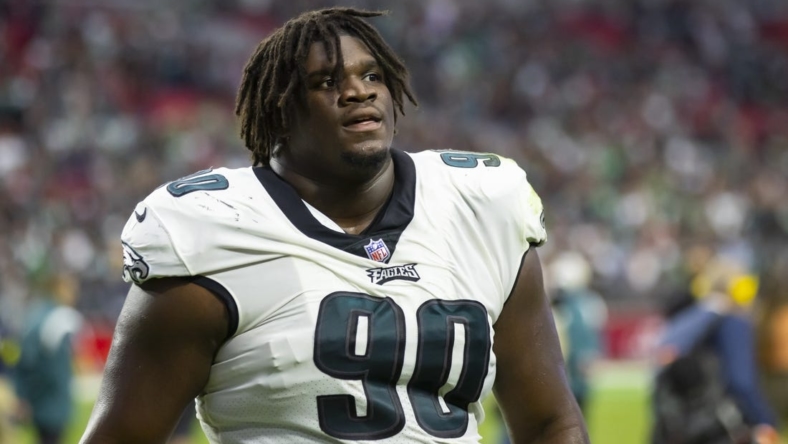 Both players did not practice this week while nursing ankle injuries.

Davis, 22, has recorded 14 tackles and one pass defensed in seven games (five starts) this season. He was selected with the 13th overall pick of the 2022 NFL Draft out of Georgia.

Scott, 23, has eight tackles and one pass defensed in seven games (two starts) this season. He has 31 tackles and one sack in 26 career games with the Jacksonville Jaguars (2020) and Eagles.