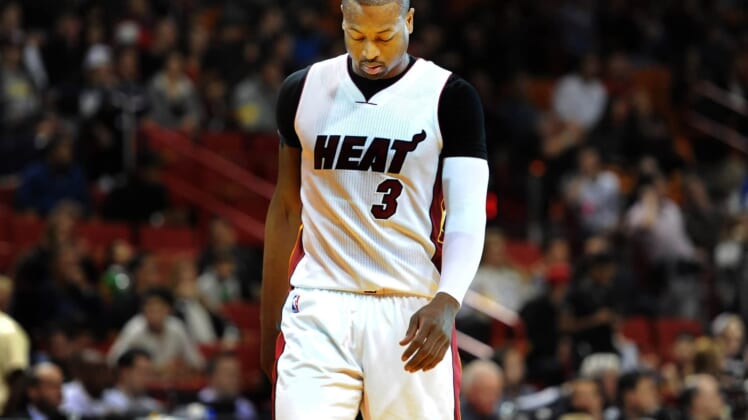 Dwyane Wade is less than a month into his reunion with the Miami Heat. His team is in the midst of battling for a playoff spot as the season draws to a conclusion. But this doesn’t mean the future Hall of Famer isn’t contemplating his future beyond this season.

In fact, the 36-year-old guard is openly talking about the possibility of retiring following the season.

“I don’t know. I have told everybody around me that I am taking it after this season and go from there. It’s the first year I’ve ever went into the summer with that mind-set. I always went into it as a free agent or opting out of a deal to get another deal,” Wade said about his future, via Barry Jackson of the Miami Herald. “This is the first summer I can say I’m just going into the summer and see how I feel and see the position this organization is in and go from there. I’m not really concerned with it, honestly. I’m cool with whatever I decide to do. It will be my decision.”

Wade signed a one-year deal with the Cleveland Cavaliers this past summer. It was a way for him to reunite with LeBron James after the duo earned two titles in South Beach earlier in their careers. His time in Cleveland lasted a total of 46 games before Wade was shipped back to the Heat at the trade deadline earlier in February.

The Heat currently find themselves as the eighth seed back east. How the remainder of the season plays out and just how well Wade fits into the system could play a role here. Though, common logic seems to suggest that it will be Miami or retirement for Wade following the season.

Wade is averaging what would be a career-low 10.9 points on 44 percent shooting between Cleveland and Miami on the year. It’s obvious Wade is nothing more than a role player at this point in his career. Whether he’s okay with that continuing to be the case beyond the 2017-18 campaign remains to be seen.