Dwight Powell has gone from an injured afterthought to a vital piece of the Dallas Mavericks' core this season. Find out how exactly Powell is shining of late. 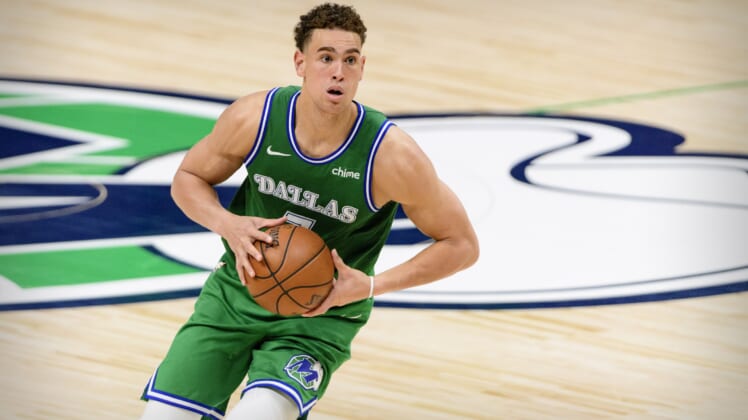 After seemingly being stuck with a spot in the play-in tournament, the Dallas Mavericks have won eight of their last 10 games, moving up to fifth in the Western Conference.

While Luka Doncic has played at his usual elite level, Kristaps Porzingis has missed multiple games with knee soreness. In Porzingis’ place, Dwight Powell has stepped up and given the Mavs a huge boost.

This is how Dwight Powell has inspired the Mavericks’ winning streak. 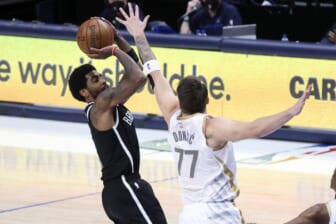 Dwight Powell used to be one of the best rim runners in the NBA. The Canadian would routinely finish in the top in true shooting percentage because of his ability to finish in the restricted area. However, in January 2020, Powell tore his Achilles, one of the worst injuries in basketball. He returned 11 months later, but hasn’t looked the same. Until now.

In the past few weeks, Powell has regained his explosiveness near the rim, culminating in a 25-point performance in a huge win against the Los Angeles Lakers.

For the month of April, Powell shot 85.4% in the restricted area. Without Porzingis, the reliable offensive production from a center has been huge for the Mavs.

Powell is also part of a lethal pick-and-roll combination with Doncic. The Mavericks are the most efficient pick and roll team in the league, scoring an incredible 1.00 points per possession off that play. A healthy Powell has given a new dimension to the Mavs’ offense.

It’s no secret the Mavericks have struggled on the glass. Porzingis and Doncic lead the team in rebounds with 9.1 and 8.1 per game respectively, but no other player averages even six. Willie Cauley-Stein is a solid defender, but he’s easily muscled off by most bigs in the league. One bright spot has been Powell’s ability to grab offensive boards.

Powell currently has a 9.4 offensive rebounding percentage. That’s good for 20th in the NBA, ahead of the likes of Joel Embiid, Zion Williamson, and Nikola Jokic. This doesn’t mean Powell is a better rebounder than those players, but he clearly can contribute on that front.

With most of his minutes coming off the bench, Powell often takes advantage of smaller lineups on the glass. Even still, Powell’s offensive rebounding excellence is one of the few bright spots of a disappointing center rotation.

Post All-Star break, Dallas has had a brutal schedule, playing 38 games — including 10 sets of back-to-backs — in just 67 days. Nearing the end of that run, the Mavs often look lethargic, especially in the first quarter. The one exception has been Dwight Powell.

Whether he’s in exceptional shape or just has a ton of heart, Powell brings his best effort every night. That may not sound like much, but in a league where players routinely take scheduled rests, Powell’s full commitment is rare.

Powell’s energy and effort will be a big contribution in the playoffs. While Cauley-Stein has averaged more minutes in the regular season, expect Powell’s intangibles to cement himself as the main backup center.

It’s hard to believe, but Dwight Powell is the longest-tenured player on the Mavericks. With J.J. Barea leaving in the summer, Powell’s seven seasons in Dallas makes him the clear veteran leader. A bridge between the Dirk Nowitzki era and the current Doncic team, Powell is beloved by teammates and coaches alike.

For a team with almost no playoff experience outside of the first round exit in the bubble last season, Powell’s multiple playoff trips under Coach Rick Carlisle give him a unique perspective in the locker room. Doncic is still too young to be a veteran leader and Porzingis hasn’t found his fit in Dallas yet.

Now that he’s performing on the court, Powell will continue to be seen as the de facto leader of the Mavs.

Simply put, Powell is looking like his old self. His improved play comes at the exact right time. If he can keep this up for the playoffs, the Mavericks’ frontcourt looks much stronger.