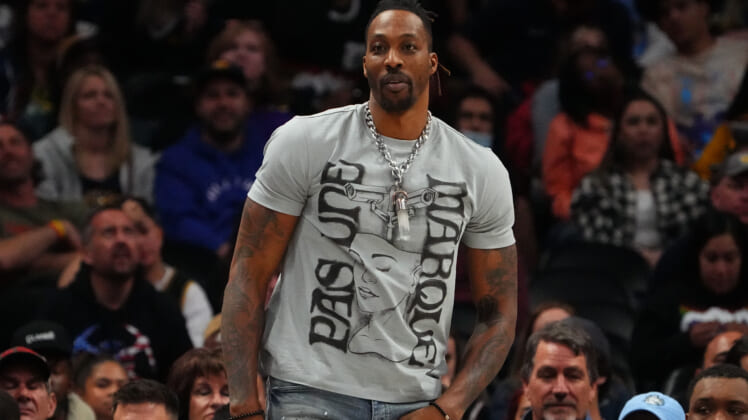 It’s been 18 years since the Orlando Magic made Dwight Howard the first overall pick in the 2004 NBA Draft. Early on, he appeared set to help the franchise win its first NBA Championship, losing in the Finals in 2008-09 to the Los Angeles Lakers. While Howard did later get his ring in 2020, ironically with the Lakers, he wasn’t able to help the Magic reach the promised land.

Now 36, Howard’s best days in the NBA are behind him. But it’s not like he didn’t display an ability to play at an elite level over the past two decades, making eight All-Star teams and being named the Defensive Player of the Year three times.

Last season Howard averaged 16.2 minutes per game with the Lakers, but his contract has since expired and has been lingering as a free agent for the past couple months. At this point, if Howard doesn’t get a call from an NBA team, he’s preparing to hang up his sneakers, or exchange them for a different pair, in a different sport.

While he won’t be pulling down rebounds anymore, he can still work on his blocking techniques. According to Howard himself, he’s hoping to remain in the NBA, but if not, he’s actually ready to join the WWE instead, trying his hand at wrestling.

Howard started his NBA career as a 19-year-old in Orlando. Now 36, he could return to that same location to begin his next profession. With the WWE Performance Center also located in Orlando, it would represent a coming-home party for Howard, of sorts. He certainly has thousands of fans from his eight seasons spent with the Magic, maybe he still has a few more performances in his bag.