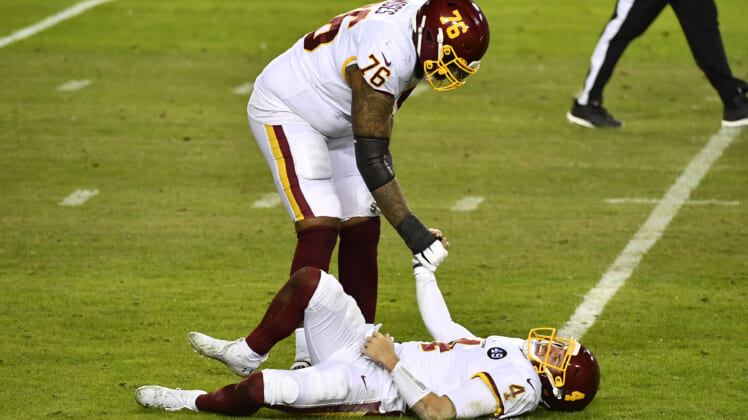 A new study from several top academic institutions has found that the links between the NFL, UFC, NHL, rugby, and most other contact sports with chronic traumatic encephalopathy (CTE) can no longer be denied.

The issue of CTE in hard-hitting sports like football, hockey, mixed martial arts, boxing, and more has been a dark cloud hanging over those vocations. It is an issue that has only grown in relevance over the last decade as more money is invested into research on the brain damage that comes from the physicality involved in many popular sports.

For many years, top leagues around the world, including the NFL, had tried to ignore and avoid the issue because of the obvious negative public relations it could have on their leagues and how some fans view it. However, as research continues to discover the links between concussions and chronic traumatic encephalopathy, leagues have taken the brain health of their athletes far more seriously.

Study demands NFL, UFC and other leagues stop ‘misleading’ fans on the causes of CTE

However, a new study by Harvard University, Oxford Brookes University, and 11 other academic institutions — in coordination with analysis from the Concussion Legacy Foundation — has revealed that chronic traumatic encephalopathy is far more serious in contact sports than most observers of those sports may realize.

Many assume that the issue starts and ends with concussions, and avoiding the severe collisions that cause them would nip the problem of serious long-term brain injury in the bud. However, this new study has found “conclusive evidence” that chronic traumatic encephalopathy can also be caused by sub-concussive blows like heading. Which is when a soccer player redirects the ball off of their head.

A subconcussive blow — defined by the Journal of Head Trauma Rehabilitation — is one that “does not meet the criteria for clinical diagnosis of concussion or mild traumatic brain injury, yet is hypothesized to have an adverse long-term effect in some individuals, particularly via repetitive occurrences.” In simple terms, various levels of brain damage can be caused even from more general collisions and blows and isn’t only in those instances where athletes are knocked out or have “their bell rung.”

“The strength of the current evidence compels us to focus on immediately implementing aggressive CTE mitigation programs, especially for children,” the authors of the study wrote.

Former WWE talent Dr. Chris Nowinski, the lead author of the study, called for sports leagues and governing bodies to stop misleading the public on the problem of chronic traumatic encephalopathy.

Chronic traumatic encephalopathy has been diagnosed as a form of dementia that can lead to dramatic changes in mood, behavior, and cognition. In post-mortem examinations, former NFL players like Dwight Clark, Aaron Hernandez, Frank Gifford, Vincent Jackson, and Junior Seau all suffered from CTE. Several of them saw their lives end in tragic ways following irrational behavior that differed greatly from the people they were years before.