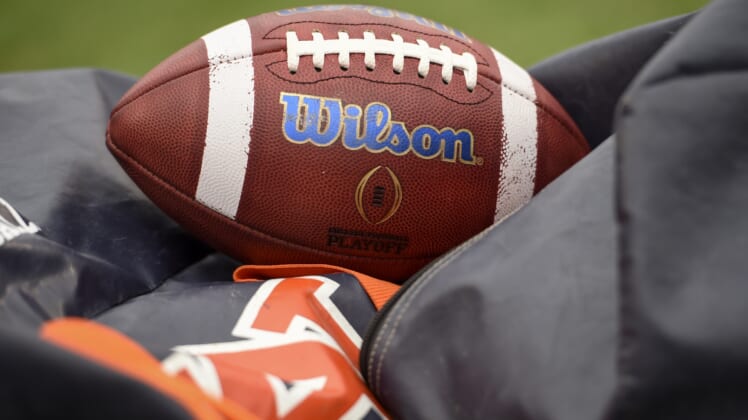 Parents who allow their children to play tackle football might want to reconsider their choice after reading what top concussion experts have to say on the subject.

Speaking with HBO’s Bernard Goldberg, they gave a glimpse into research they’ve been conducting on the brains of children who play tackle football.

“I’ve looked at brains of young teenagers and seen damage that I’ve never seen before,” McKee said, per to Lindsay Gibbs of Think Progress. “And it came from football impact injuries. Took my breath away, I can’t believe it.”

Research is clearly needed considering 47 children have died in the past three years alone from injuries sustained while playing tackle football. Of those, 17 have passed away as a direct result of a brain injury sustained while practicing or playing football, per Gibbs.

Every year people of any age play tackle football, they increase the risk of developing CTE, according to Nowinski.

Just to highlight this fact, this disease — one that eventually can cause violent emotional mood swings, depression, dementia and death — was recently found in 87 of 91 deceased NFL players in a study conducted last year (more on that here).

“You have to say it simply: It’s a bad idea to hit a child in the head 500 times,” Nowinski said.

The NFL and youth football across the nation have attempted to implement strategies to minimize the risk of injuries to children and adults. But according to Dr. McGee, those efforts are essentially futile.

“There’s no evidence that they’re making the game safer,” she said. “And they’re sort of saying that you can play football at that age and be safe, and that’s not true.”

As a father of three and a die-hard football fan, the information coming out about brain trauma associated with this game has me torn. No doubt, the same is true for many readers.

That football is a violent sport is something we cannot dispute. So should children be allowed to compete in a violent game? But if they don’t compete, then how would the college and pro games be affected?

This is a complex issue that deserves our attention.