Dwight Howard agrees to buyout with Nets, will sign with the Wizards 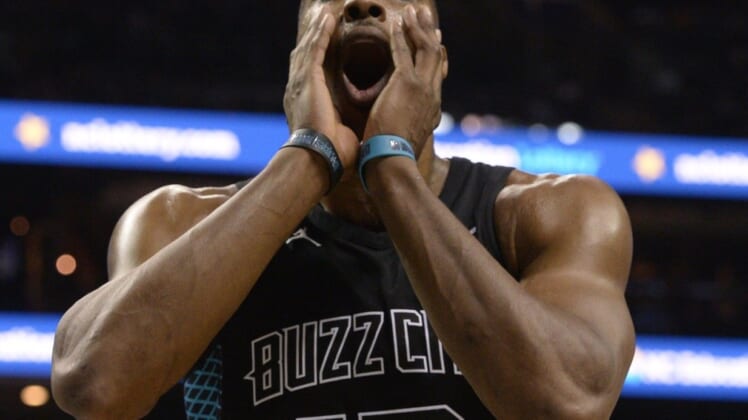 That escalated rather quickly. Earlier on Tuesday, it was reported that eight-time All-Star Dwight Howard was drawing interest from the Washington Wizards. That’s now confirmed.

According to Jared Weiss of The Athletic, Howard has officially agreed to a buyout with the Brooklyn Nets and will sign a one-year, mid-level deal with the Wizards once he clears waivers.

Dwight Howard has finalized a buyout with the Brooklyn Nets and will sign a 1-year deal for the tax MLE with the Washington Wizards once he clears waivers, league sources tell The Athletic.

Acquired from Charlotte in a salary dump earlier this offseason, the 32-year-old Howard had originally shown interest in signing with the defending champion Golden State Warriors. But once Golden State added DeMarcus Cousins, Howard himself had to look elsewhere.

Howard averaged 16.6 points and 12.5 rebounds in his only season with the Hornets. He’ll now form a big three in the nation’s capital with the backcourt tandem of John Wall and Bradley Beal.

In what has become a weakened Eastern Conference, this trio has a chance to shine big time next season. However, it depends greatly on how the huge personalities mesh in D.C.