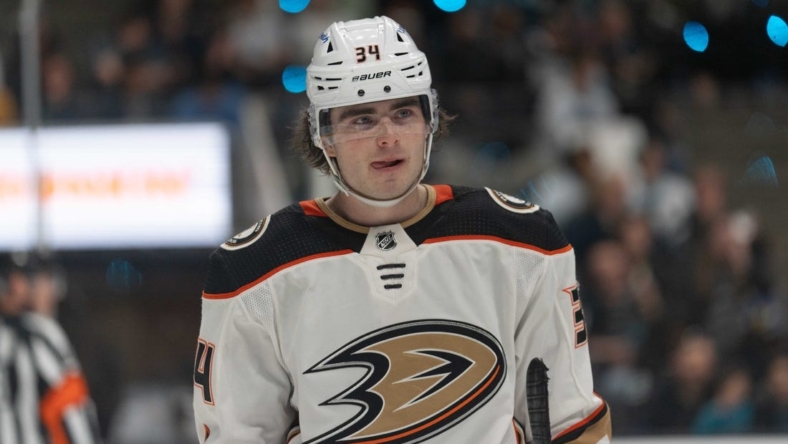 The Anaheim Ducks announced Monday that defenseman Jamie Drysdale is expected to miss the next four to six months after suffering a torn labrum in his left shoulder on Friday.

The injury occurred during a 4-0 loss to the Vegas Golden Knights. The Ducks said Drysdale will undergo surgery “in the near future.”

Drysdale, 20, was the No. 6 overall pick in the 2020 NHL Draft. He had played eight games to begin his third year with the Ducks, picking up two penalty minutes without a goal or an assist.

He played 81 of a possible 82 games a year ago and scored 32 points (four goals, 28 assists). In 113 career games, Drysdale has tallied seven goals and 33 assists for Anaheim.

Drysdale’s projected timetable means he could return in March at the earliest. The Ducks’ regular season ends April 13.

The Ducks have the worst record in the NHL (2-6-1, 5 points) but are coming off a 4-3 win over the Toronto Maple Leafs on Sunday night.