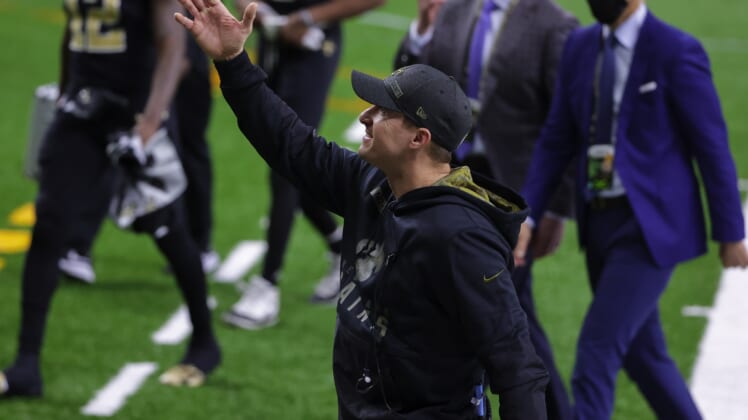 Drew Brees is expected to return under center as the New Orleans Saints quarterback for a pivotal Week 15 matchup, more than a month after he suffered a painful injury.

Brees, who last played in Week 10 against the San Francisco 49ers, missed the last four games with 11 fractured ribs and a punctured lung. Finally, with his team set for a crucial matchup in Week 15, the future Hall of Famer is set to return.

According to ESPN’s Adam Schefter, Brees will be the Saints’ starter on Sunday against the Kansas City Chiefs. The team believes he is fully healthy and the medical staff has cleared the team’s leader to return to action in Week 15.

The news is a bit surprising, given the skepticism that emerged from New Orleans leading into Friday. Schefter reported on Sunday morning that Brees was without a timetable for a return, still unable to throw without pain.

Speaking to reporters on Thursday, head coach Sean Payton said Brees had  “a ways to go” before returning to action. New Orleans needed to see him have a full range of motion without limitations. Many expected Brees to be out for Week 15, but things have clearly changed.

With Brees returning to the lineup, Taysom Hill will return to his role as the team’s No. 3 quarterback. He will still serve in a gadget role on Sunday, contributing as a runner, tight end and seeing snaps at quarterback. Meanwhile, Jameis Winston still serve as Brees’ primary backup.

Getting Drew Brees back is huge for the Saints. They were already underdogs heading into the clash against Kansas City, a game that could turn into a shootout. Given Hill’s limitations as a shooter, New Orleans would have been in trouble if they fell behind early.

Week 15 is almost a must-win game for the Saints. If they lose and the Green Bay Packers beat the Carolina Panthers, New Orleans will be one game and a tiebreaker behind the Packers for the NFC’s No. 1 seed. Given only the No. 1 seed has a first-round bye this year, that could prove crucial in the NFL Playoffs.

As the NFL’s playoff race heats up, the fantasy football playoffs are already underway. Across most leagues, Week 15 is the conference finals with shots at the championship on the line. It makes Brees return one of the biggest stories this week.

In a potential shootout, Brees makes for an intriguing fantasy option for those without a top-10 quarterback. Kansas City’s defense allows over 230 passing yards per game this season, with opposing passer averaging an 84.2 quarterback rating against this secondary.

The Chiefs lack the talent in the secondary to match up with All-Pro receiver Michael Thomas. Meanwile, Kansas City’s run defense is its Achilles’ heel and will be something the Saints look to exploit. Brees is a top-15 quarterback play for Sunday’s game.

Of course, this is even better news for fantasy managers with Alvin Kamara. As we saw with Taysom Hill at quarterback, Kamara’s role diminished in recent weeks with his skills as a pass-catching weapon not being utilized. That won’t be a problem with Brees returning.

Kamara returns to his status as a top-three running back in Week 15. Given how important this game is for the Saints, Kamara could have a monster Sunday afternoon.