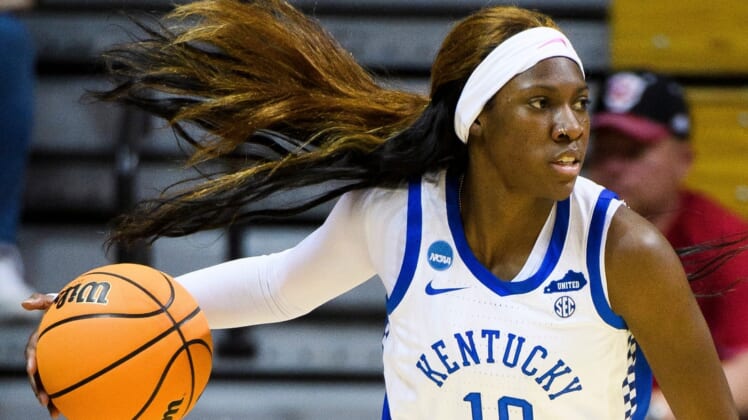 The Atlanta Dream selected Rhyne Howard with the first overall pick in the 2022 WNBA Draft on Monday evening in New York.

Howard was a three-time first-team All-American during her time with the Wildcats. She averaged 20.5 points, 7.4 rebounds, 3.3 assists and 2.4 steals as a senior.

The Dream (8-24) finished second-to-last in the WNBA last season.

The Washington Mystics originally won the No. 1 pick via the WNBA draft lottery. Atlanta acquired the top pick from Washington last Wednesday in exchange for the Nos. 3 and 14 picks and the right to swap 2023 first-round picks.