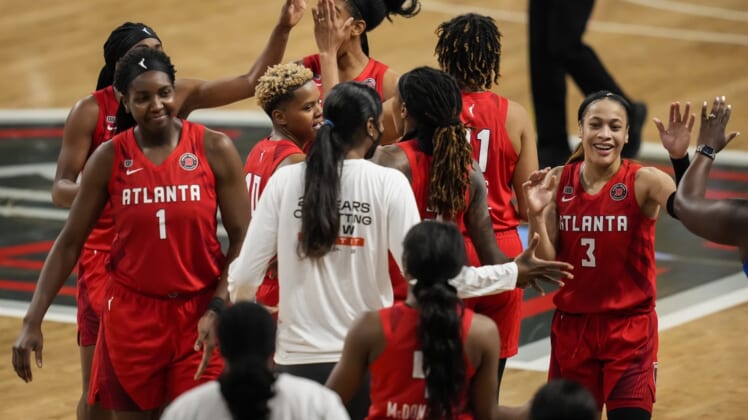 The Atlanta Dream acquired the No. 1 pick in the 2022 WNBA Draft from the Washington Mystics on Wednesday.

In turn, the Mystics received the Dream’s Nos. 3 and 14 overall picks as well as the right to swap their 2023 first-round selection with the first-round pick Atlanta acquired from the Los Angeles Sparks earlier this year.

The No. 1 overall pick of the WNBA Draft has been traded in back-to-back years. The New York Liberty sent that pick to the Seattle Storm, who in turn shipped it to the Dallas Wings, who selected center Charli Collier.

Atlanta, which finished 8-24 last season, will select first in the WNBA Draft for the second time in franchise history. The Dream selected two-time Olympian and five-time All-Star Angel McCoughtry with the top overall pick in 2009.

Baylor forward NaLyssa Smith and Kentucky guard Rhyne Howard are projected as the top two picks of the 2022 draft.

Smith is passing on the extra year of COVID-19 eligibility and entering the draft. She is a 6-foot-4 forward and three-time All-American.

Howard averaged 20.5 points, 7.4 rebounds and 3.3 assists per game this past season.