Don Mattingly to return as Miami Marlins’ manager in 2022

Don Mattingly will be the manager of the Miami Marlins to start the 2022 season, general manager Kim Ng announced Thursday.

“Donnie has been steady at the helm, and I think that’s one of his greatest attributes. He’s incredibly patient. I think he’s got a great way with the young players, he’s very positive with them,” Ng said Thursday afternoon during Bally Sports Florida’s telecast of the Marlins’ game against the Los Angeles Dodgers.

“And that actually leads me to tell you guys that Don had a mutual option in his contract, and we’ve exercised our portion, and Donnie has said that he wants to be back, so we’ll be back in 2022. We’re pretty excited about that one.”

Mattingly, 60, is the Marlins’ longest-tenured and winningest manager. He entered Thursday’s contest with a 345-446 record in six seasons at the helm of the franchise. 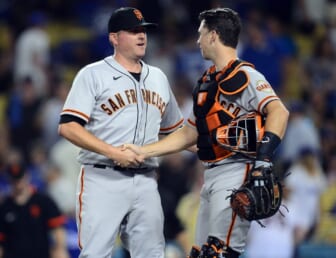 Mattingly was named the National League Manager of the Year in 2020 after guiding the Marlins to their first postseason berth since 2003.

“Donnie has done a great job,” Marlins CEO Derek Jeter said on Tuesday. “He won Manager of the Year last year, he continues to do a good job. Donnie has the perfect demeanor for our organization with the players in terms of patience, the young guys coming up. He understands you’re going to struggle. I think he has patience with that. So Donnie’s meant a lot, coaching staff the same way. We have to continue when our guys come up. They’re still developing, so we have to have good teachers on our coaching staff, which I think we do.”