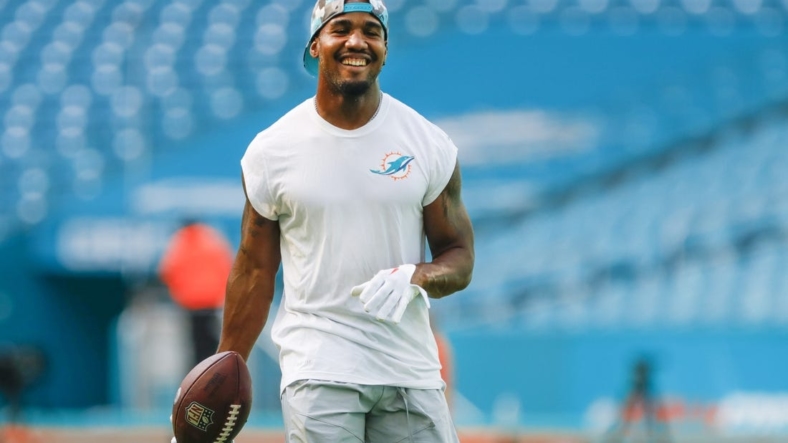 Wide receiver Jaylen Waddle and running back Chase Edmonds are central figures in the Miami Dolphins’ offense, but neither was healthy enough to participate in Wednesday’s practice.

However, head coach Mike McDaniel voiced extreme optimism that he’ll have both at his disposal on Sunday when Miami hosts the New England Patriots in the first game of the 2022 season.

In addition to suggesting fantasy owners start the second-year wide receiver, McDaniel said he is “very, very, very confident” that Waddle will play this week.

Waddle, the sixth overall pick in the 2021 draft, had 104 receptions last season and scored touchdowns in each of the two games against the Patriots.

Edmonds signed as an unrestricted free agent in March and is expected to be featured in the backfield. He is nursing a groin injury, McDaniel said.